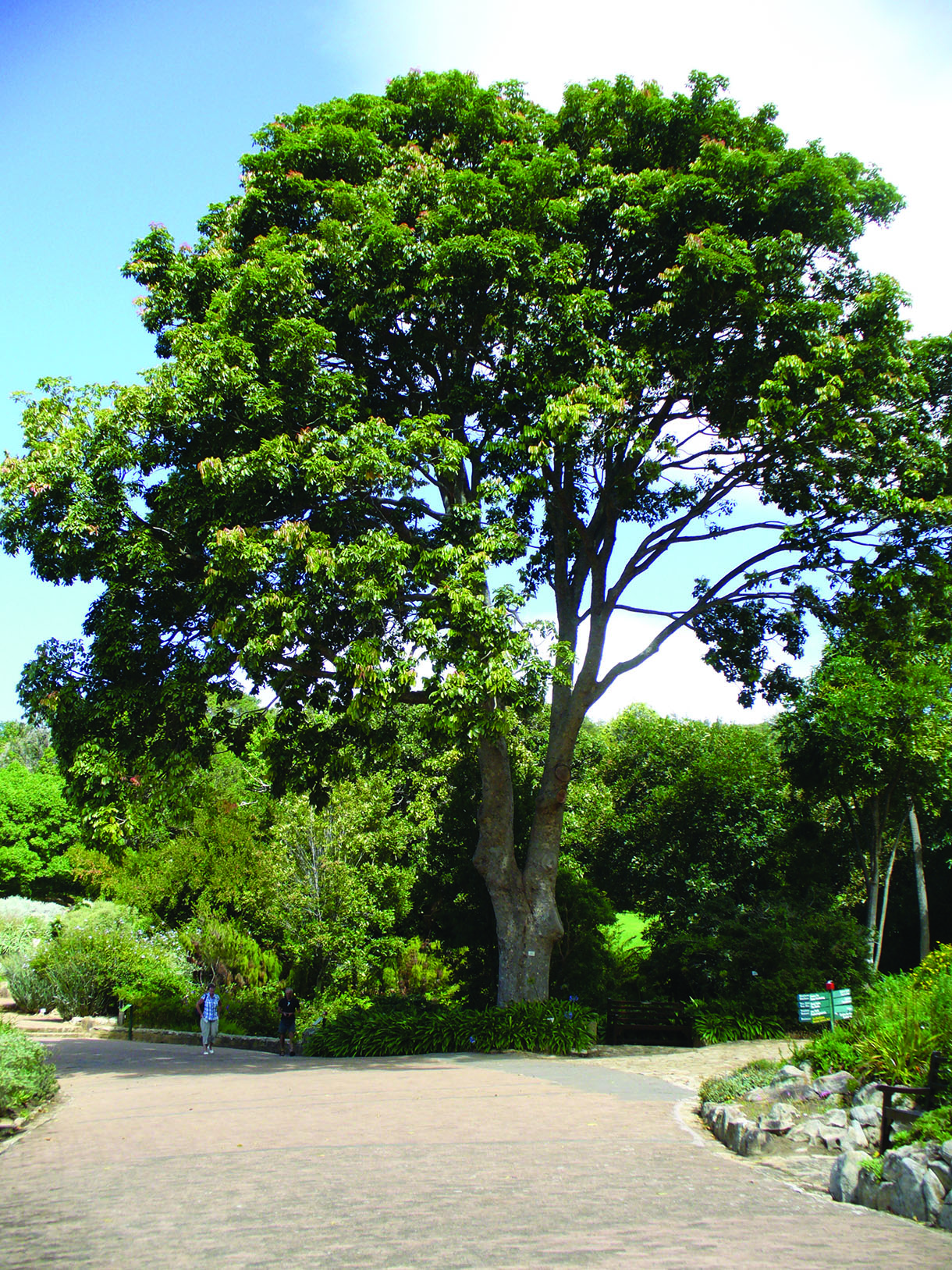 As you contemplate your beautiful piece of timber and plan precisely how to cut with the least wastage, do you ever think of where your wood has come from? In what distant land has a potentially 200-year-old giant been felled to provide you with the materials for your hobby or career? 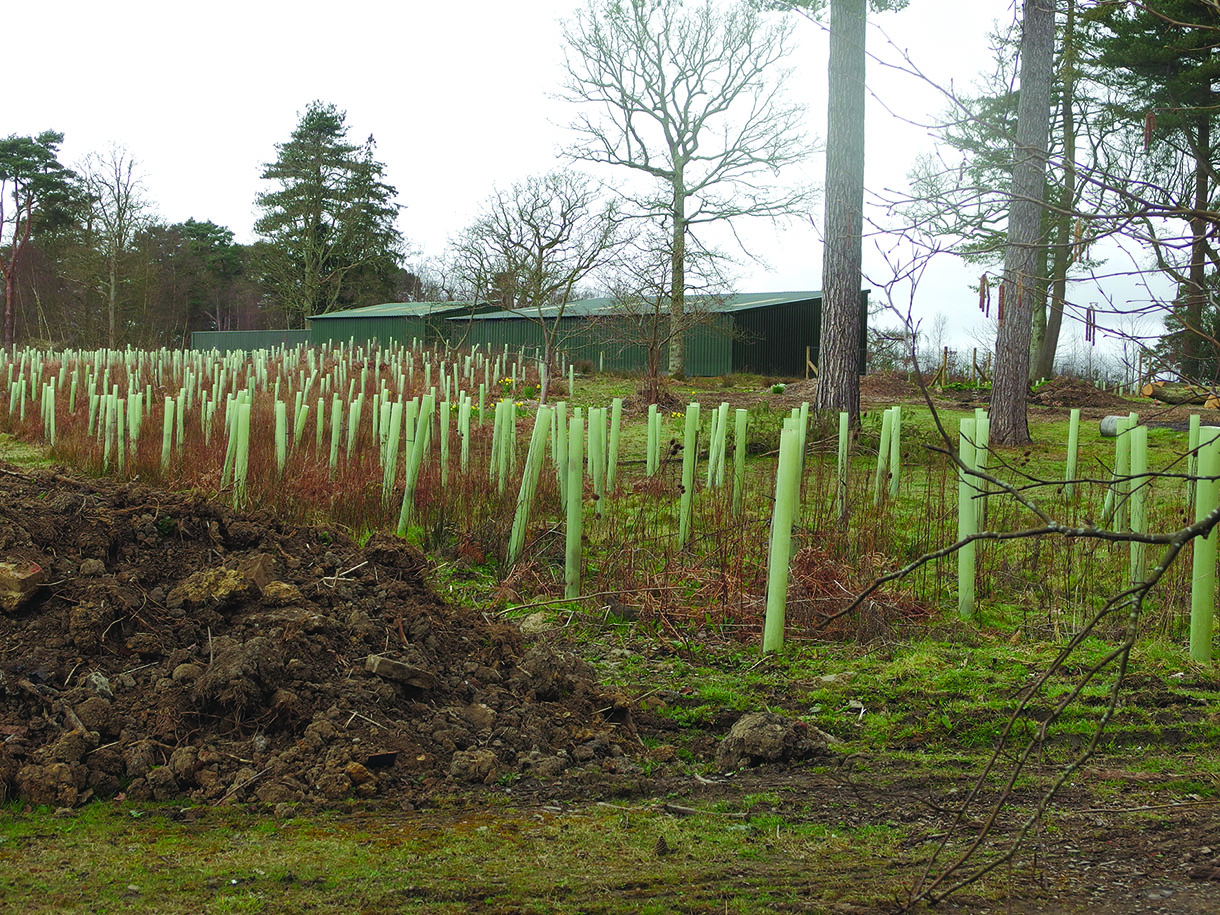 Wood is logged from new plantations to preserve old forests 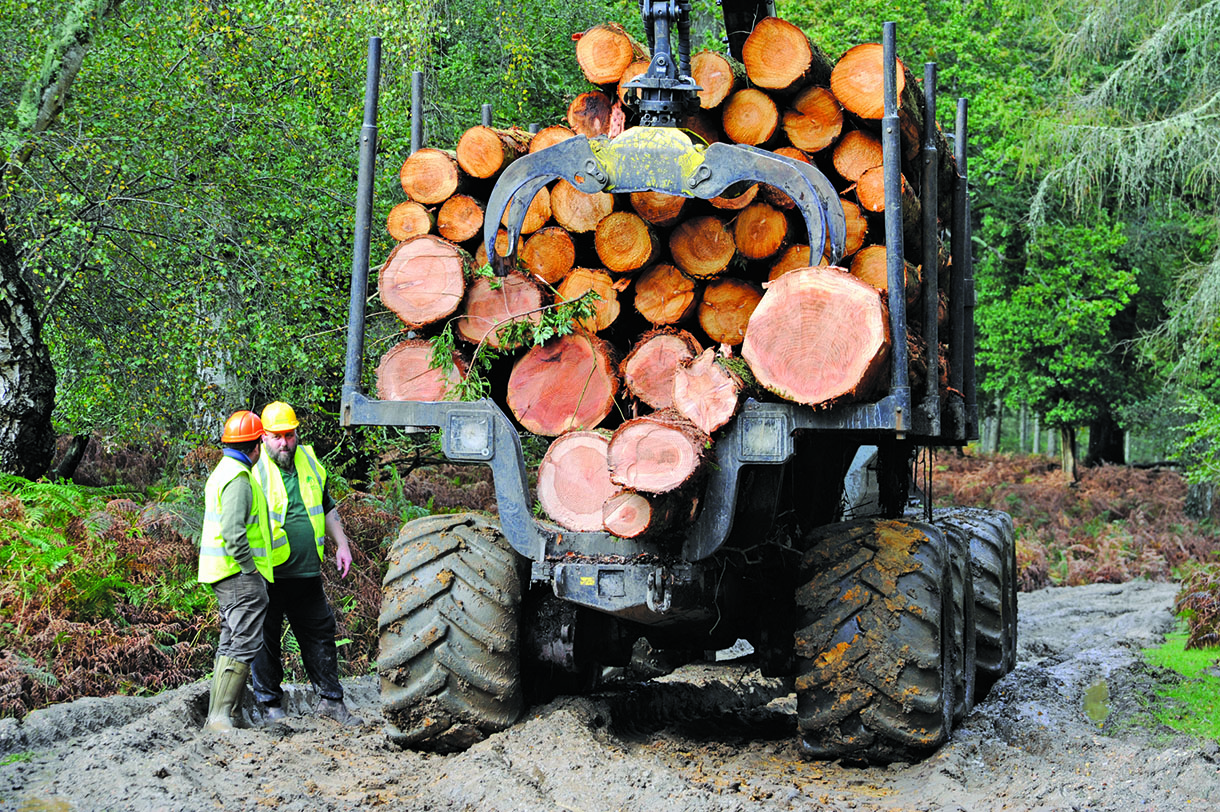 In the UK, the production of quality hardwood has declined

Green tons
Green tons are the measure of felled timber including its water content. By measuring the percentage of water content it is thus possible to calculate the dry weight of the wood, otherwise selling on wet weight could be very misleading for end usage. 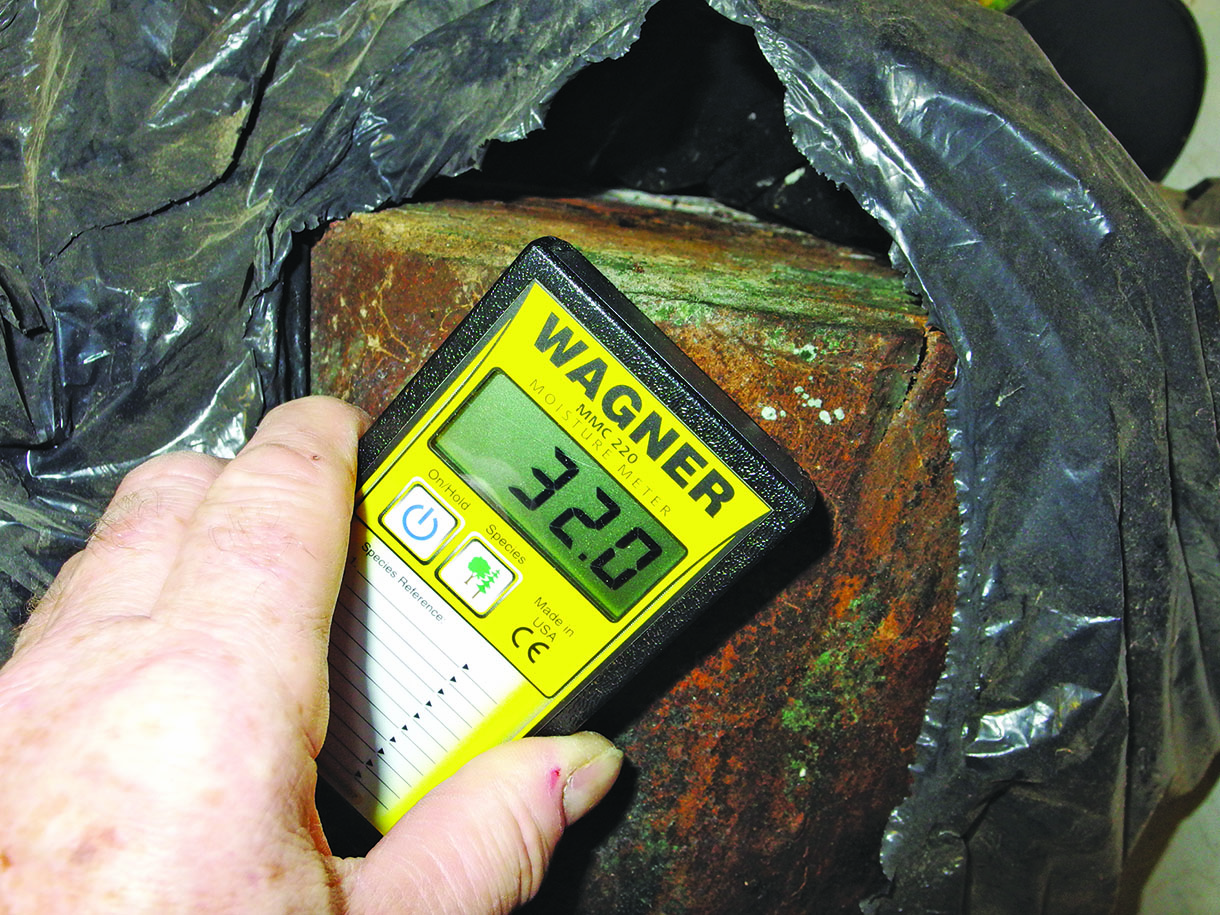 Switching from hardwood to softwood
In the UK, obtaining quality local wood is becoming increasingly difficult. Government data on forestry in the UK for the years 1976 to 2014 indicates that hardwoods declined in production from a total of 1,170 green tons in 1976 to only 532 in 2014, while softwood moved from 2,448 in 1976 to 11,431 green tons in 2014 – a substantial increase that can in part be attributed to the rise in demand for paper and paper products. However, the UK is one part of a much bigger world where forests are no longer being decimated. Indeed, the current consensus from environmentalists is that old growth forests should not be logged, but wood from new growth and plantations should be used instead. European and exotic timber
It is possible to source sustainable wood from Europe. According to European Official Forestry Statistics, published in February 2015: “Contrary to what is happening in other parts of the world, the area covered by forests and other wooded land in the EU-28 is slowly increasing. Over the past 20 years (1990 to 2010) the area of forest cover and other wooded land increased in total by 4.9%, equivalent to an average increase of 0.2% per annum.” The figures for Ireland showed a 53% increase in forested area over the same 20-year period. This news is heartening as British elm (Ulmus procera) is renowned for its durability, size and beauty (Dutch Elm disease has claimed most older elms but young ones are flourishing). Oak (Quercus robur) has always been popular and European lime (Tilia vulgaris) is best for carving rather than furniture making. The king of wood is considered to be European walnut (Juglans regia) with its beautiful burring. Unfortunately, if you are keen on using exotic timber such as kiaat (Pterocarpus angolensis), which comes from South Africa, or Brazilian mahogany (Swietenia macrophylla), regarded as superior to mahogany sourced from other countries, it may be hard to come by in countries where deforestation is still taking place. Of particular concern is the logging that takes place in the Amazon rainforests, although many of these trees and their timber are subject to strict control under the CITES Convention. 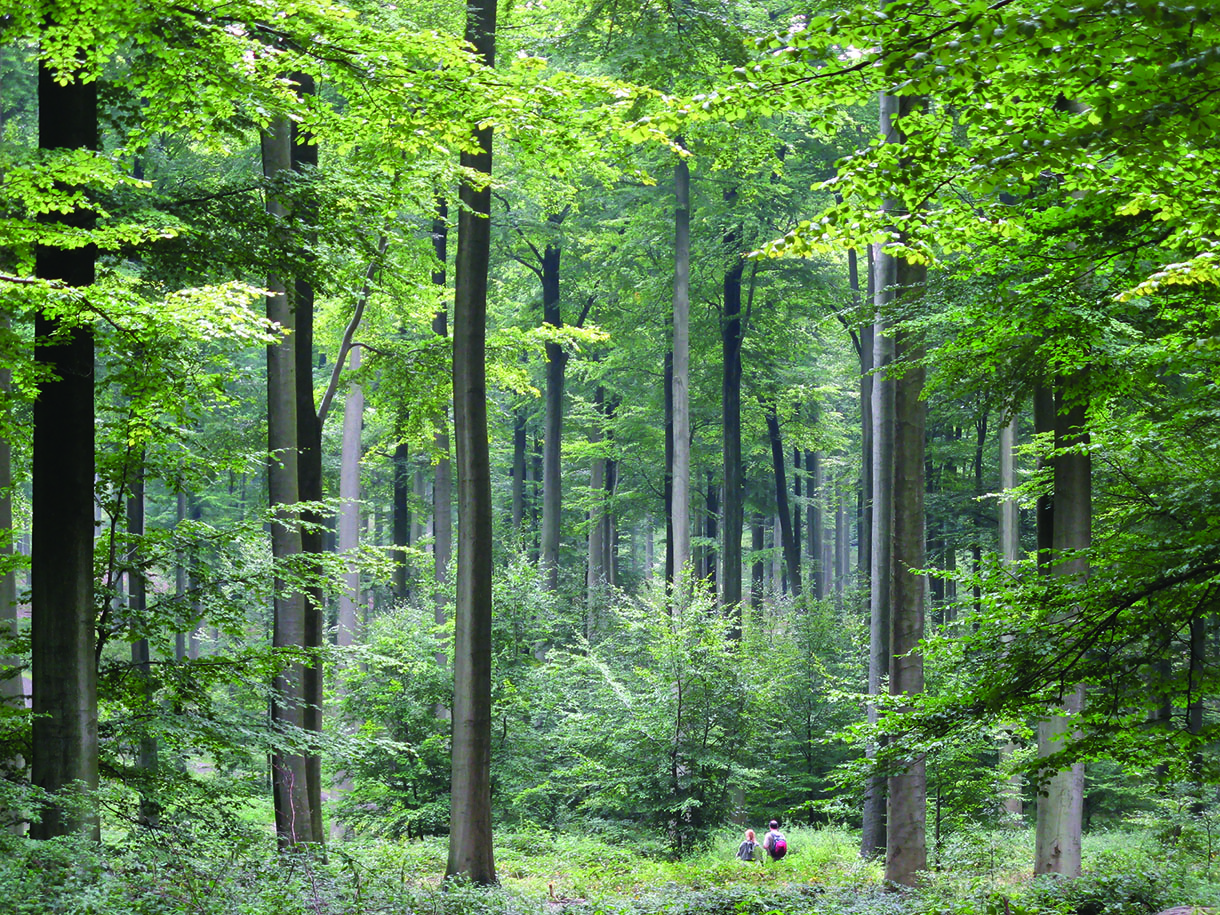 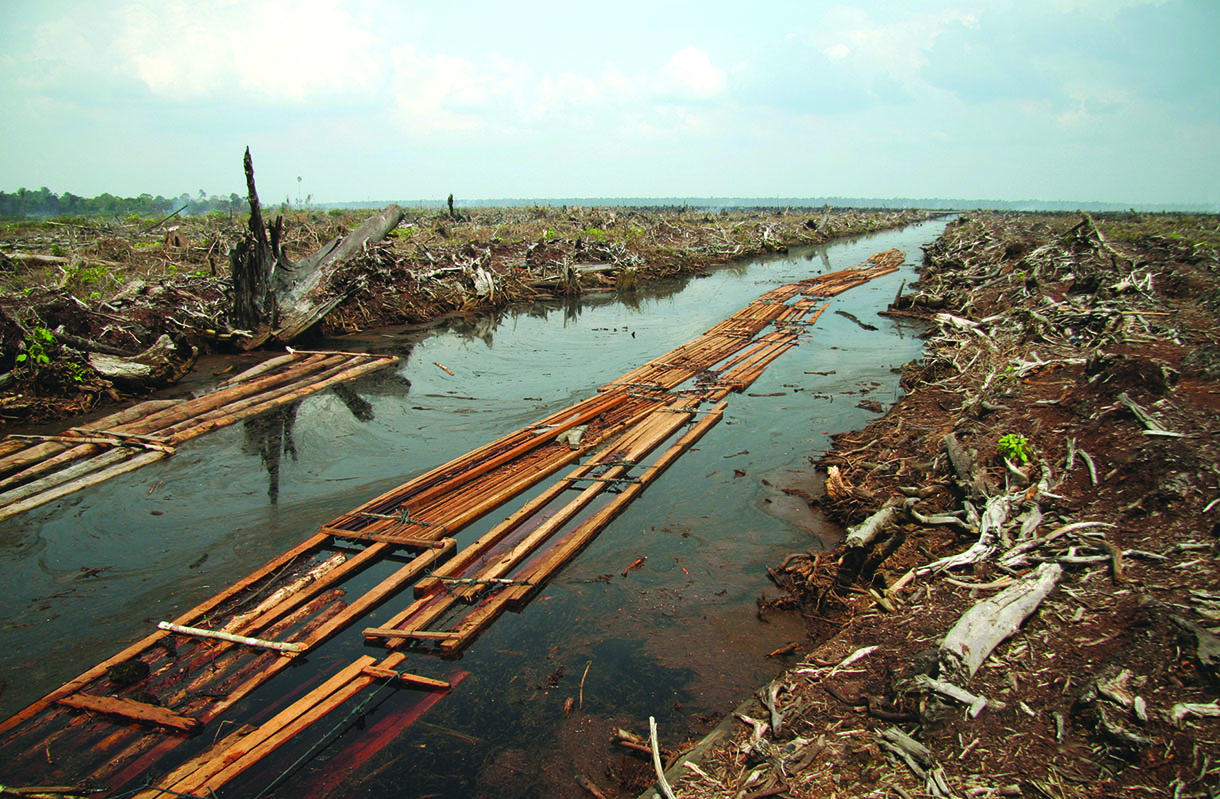 Deforestation has affected the supply of exotic timber 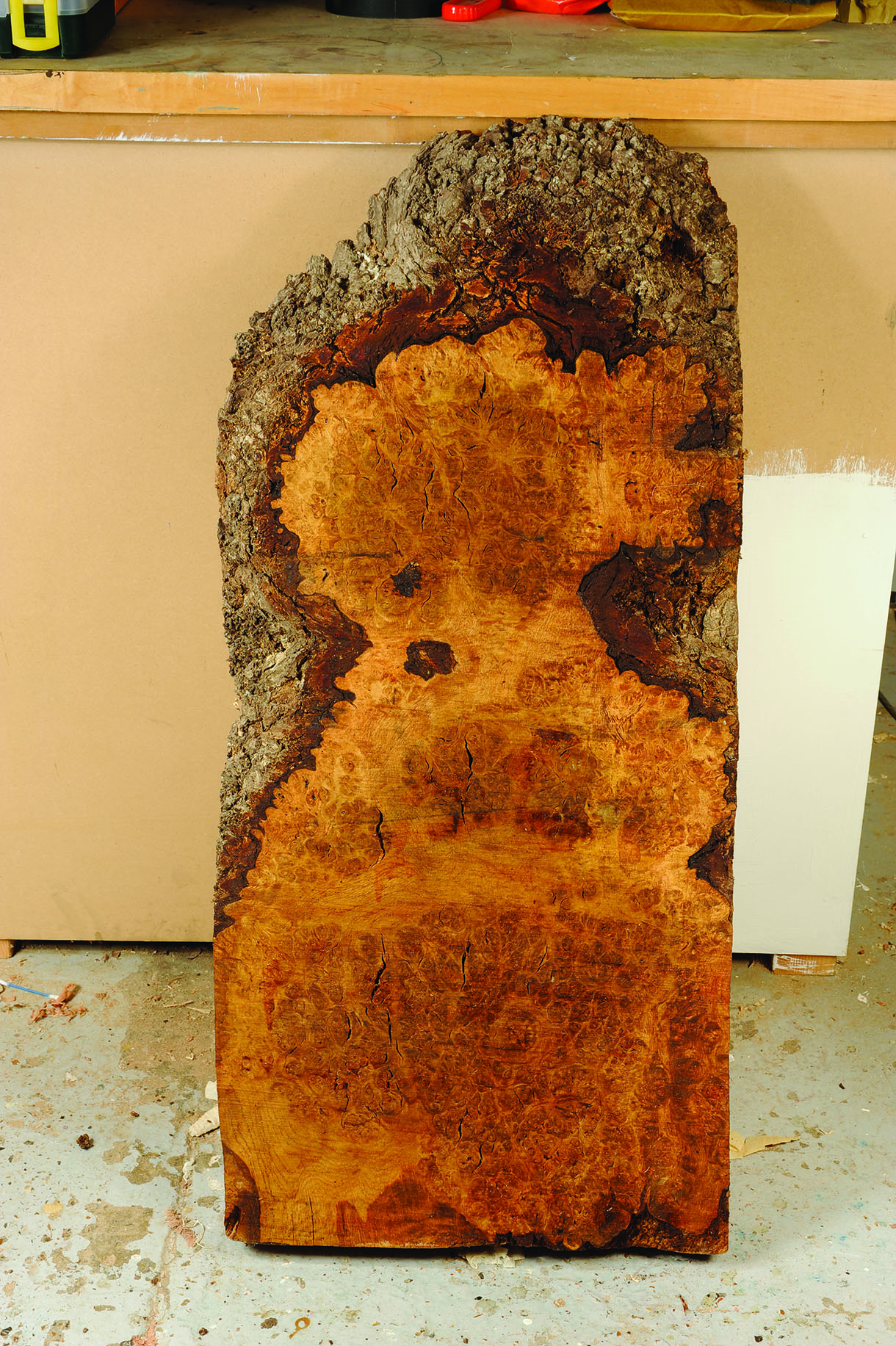 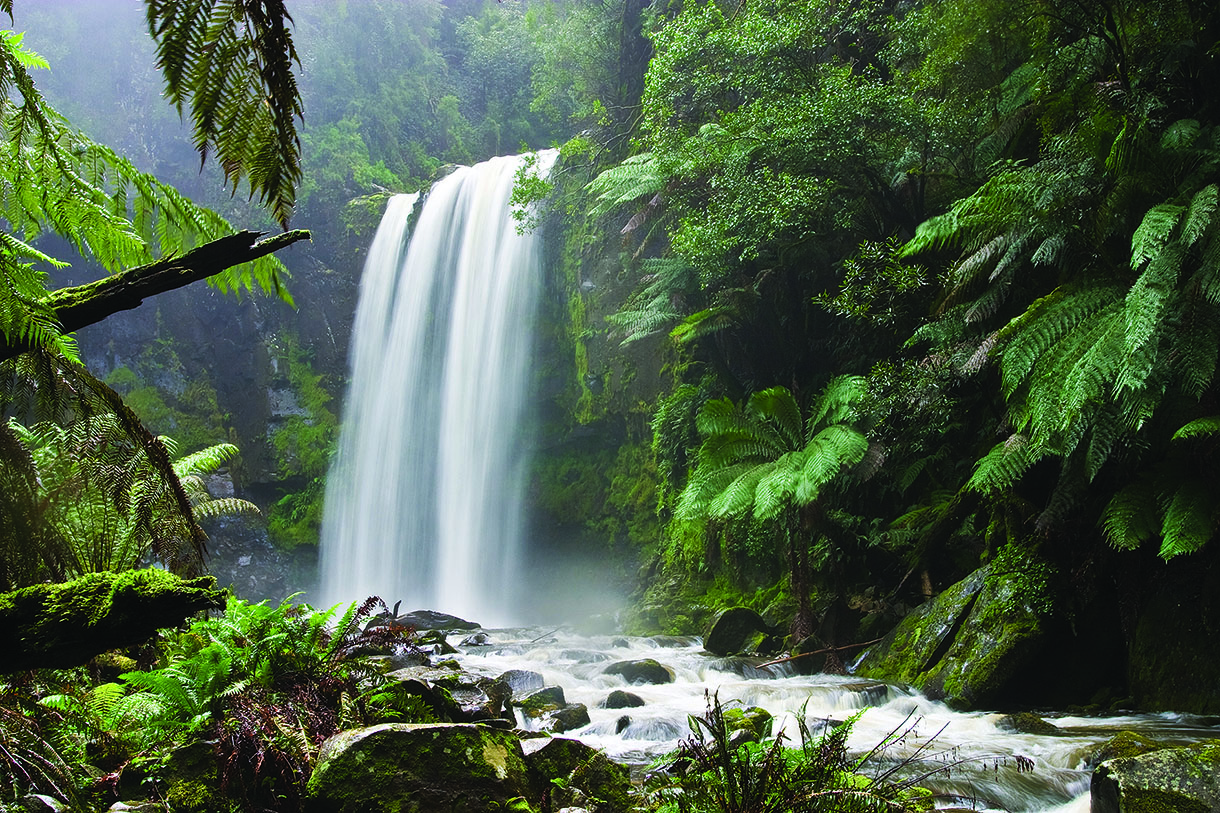 It is felt that using hardwood obtained from plantations is better as it takes less time to grow and relieves the pressure of increasing timber demands on old growth forests. Old growth forests in Asia are very slow growing and have complex eco-systems, so to log natural forest would be detrimental to biodiversity. When it comes to plantation wood, Chris Brown and James Ball, authors of a paper titled ‘World View of Plantation Grown Wood’, prepared for the Food and Agriculture Organization (FAO) of the United Nations, state that: “Five countries – China, USA, Russian Federation, India and Japan – collectively account for 65% of the global plantation resource.” Concerned users of exotic wood should preferably source their supplies from these countries. Brown and Ball also note that: “A number of European planted forests have reverted to semi-natural status due to the time elapsed since establishment.” Craftsmen who require quality wood to work with should make every effort to source their materials from plantations or new growth forests. The quality of plantation wood The creation of thin laminates of wood, known as veneers, has been in use for hundreds of years in cabinet making. However, veneers can also be used in high load bearing applications for structural projects. Engineered wood products produced by gluing together a number of layers of veneers to create products such as laminated veneer lumber (LVL) can now compete with concrete, steel and aluminium due to their strength, which surpasses that of natural wood.

The advantages of wild wood
John Paul Sanborn, Consulting Arborist and Landscape Biologist, explains that plantation wood doesn’t exhibit much variation in grain. “By definition, species will vary in traits, and the next ordination down the hierarchy is variety, a cluster of phenotype that can be said to have traits distinct from the species norm.” If your wood is sourced from a plantation there is likely to be less variety. Sanborn explains, “There is less genetic diversity within the varietal group. Some cultivars can be clonal, genetic duplicates.” He adds, “Most tree plantations are monocultural, all are the same species, in fact probably the same varietal so that the crop will have close traits. Usually, they are fast growing and have long internodes, which is basically the stem between major branching. Long internodes allow longer boards to be cut, while fast growth gives a faster crop cycle, generating more revenue for the supply chain.” Working with plantation wood is cheaper and more sustainable than natural forest wood. However, “Faster growing means lower ring density, so cedar and redwood, for example, are less decay resistant than a generation ago,” says Sanborn. He also points out that some craftsmen feel that strength is compromised by fast growth, and woods move more than they used to. 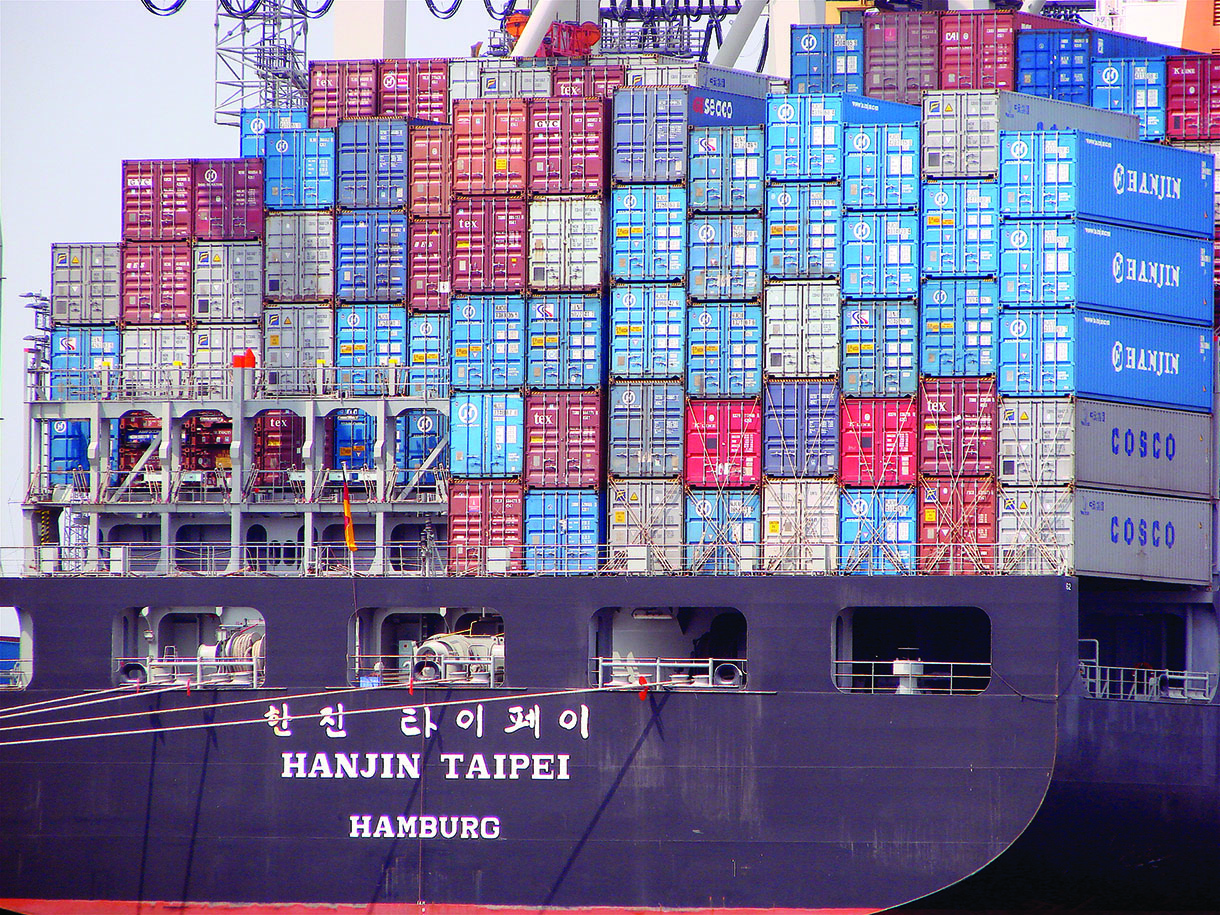 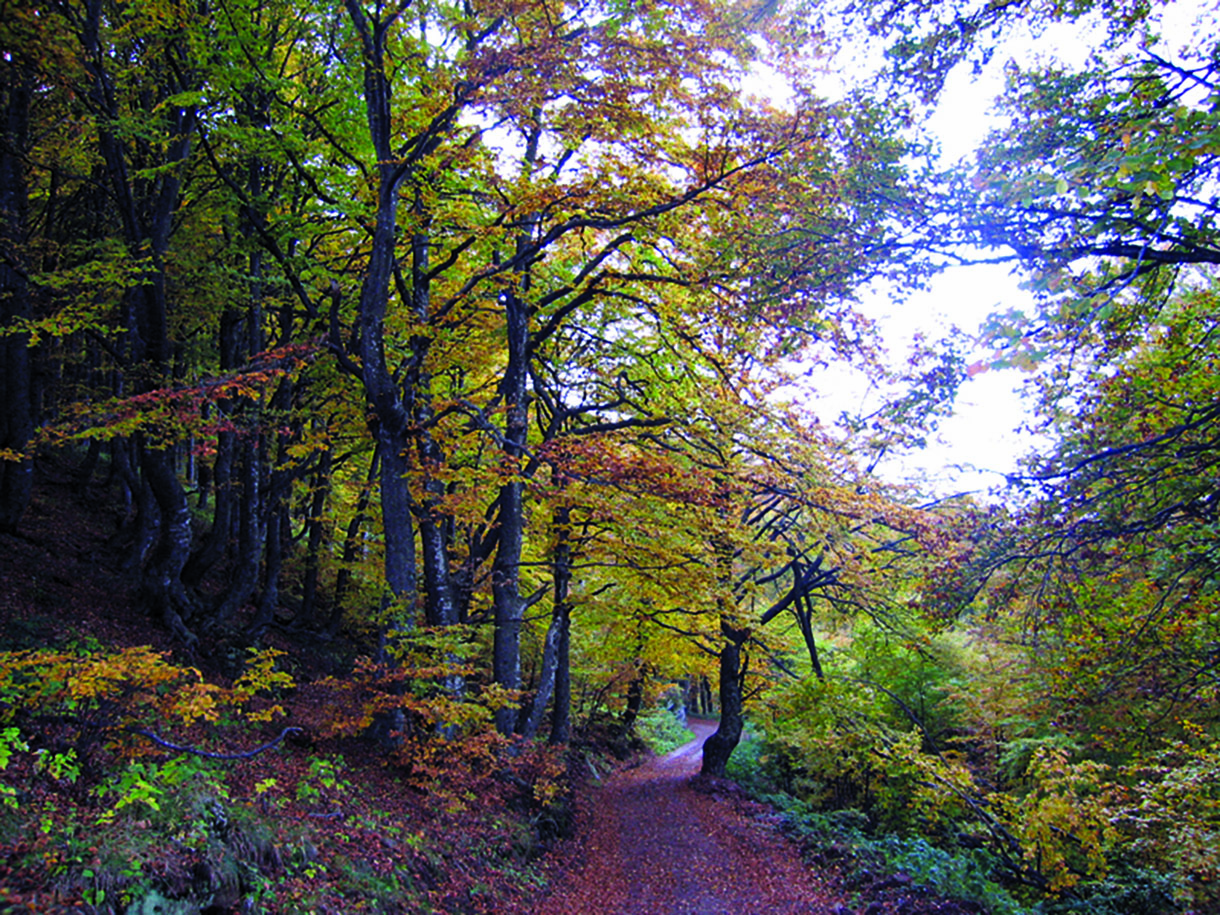 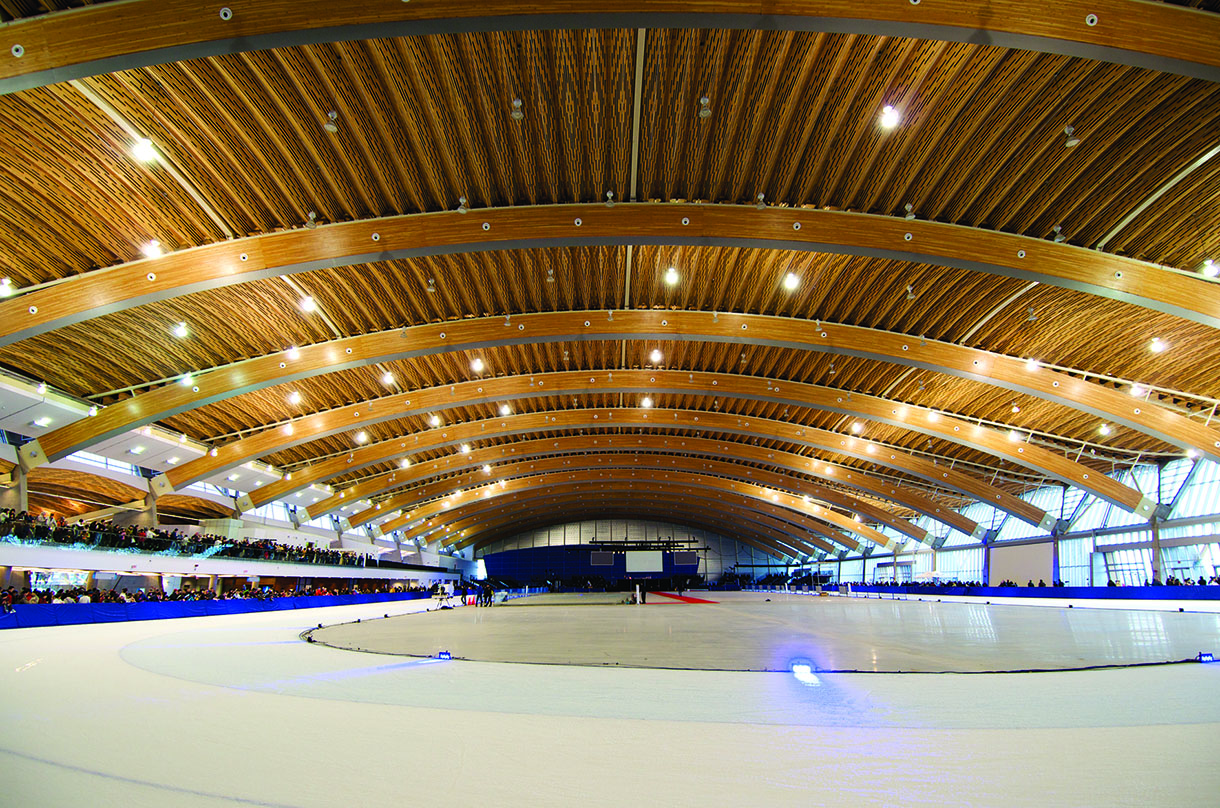 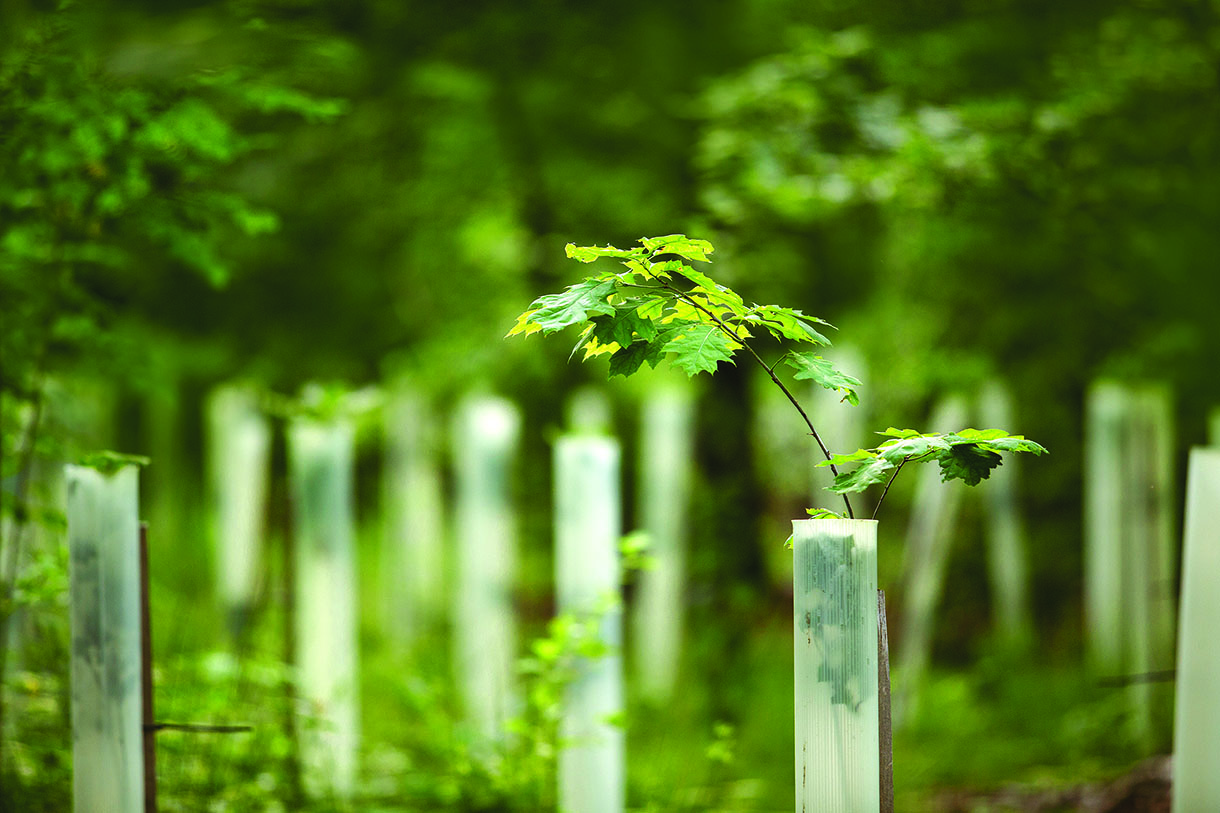 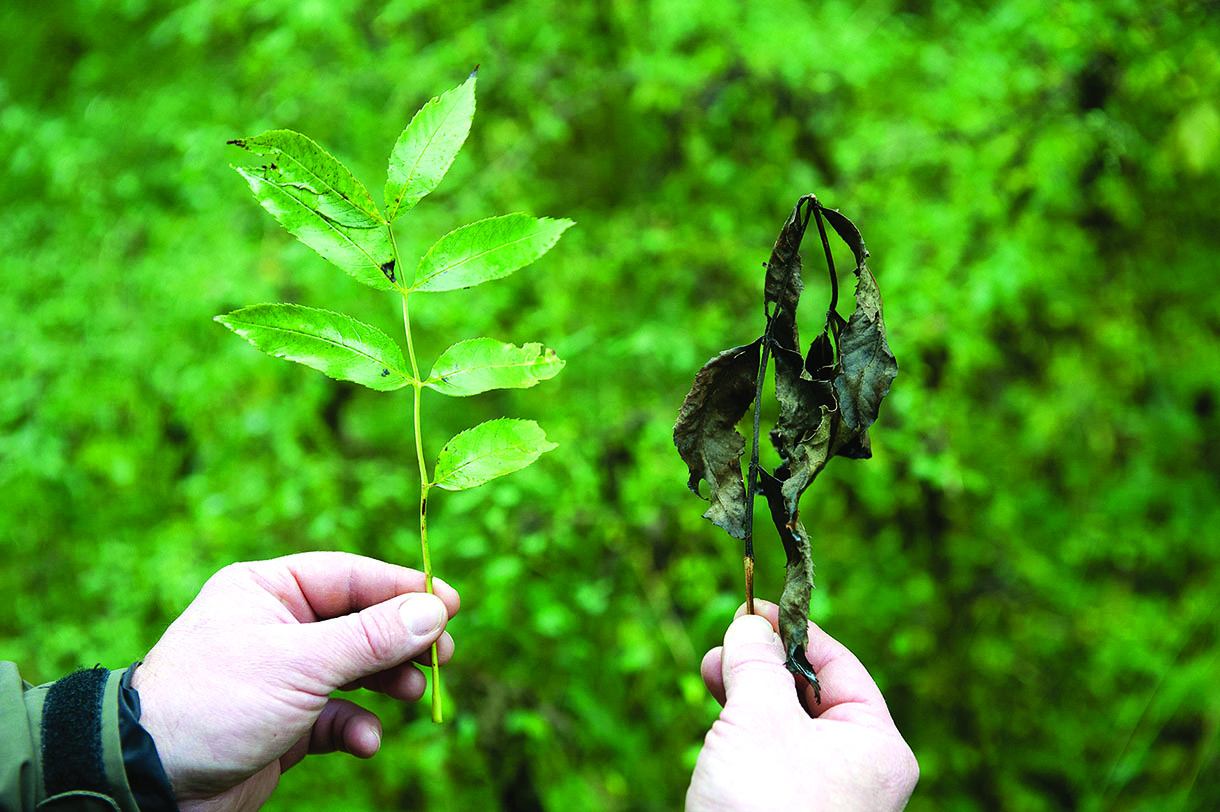 Ash dieback has a greater impact on monocultural plantations 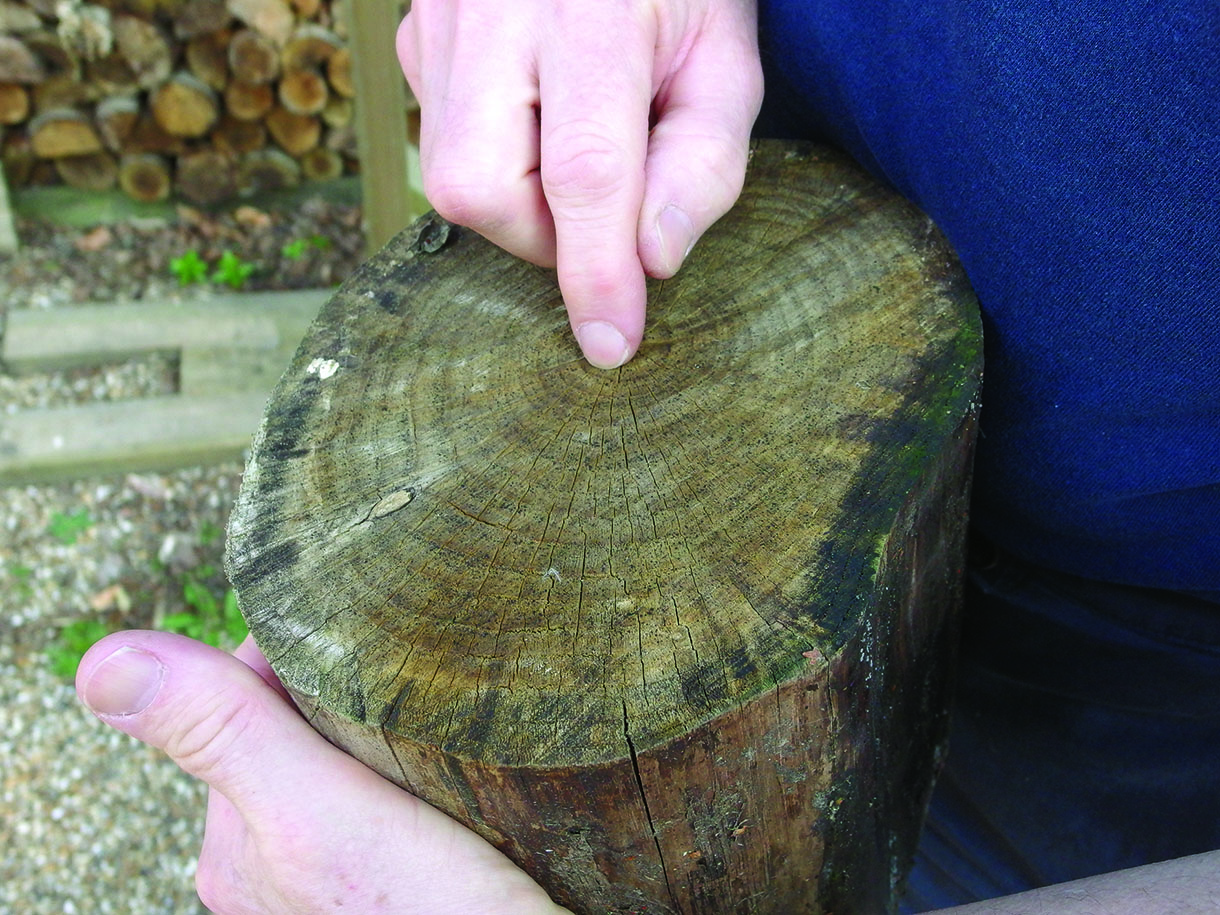 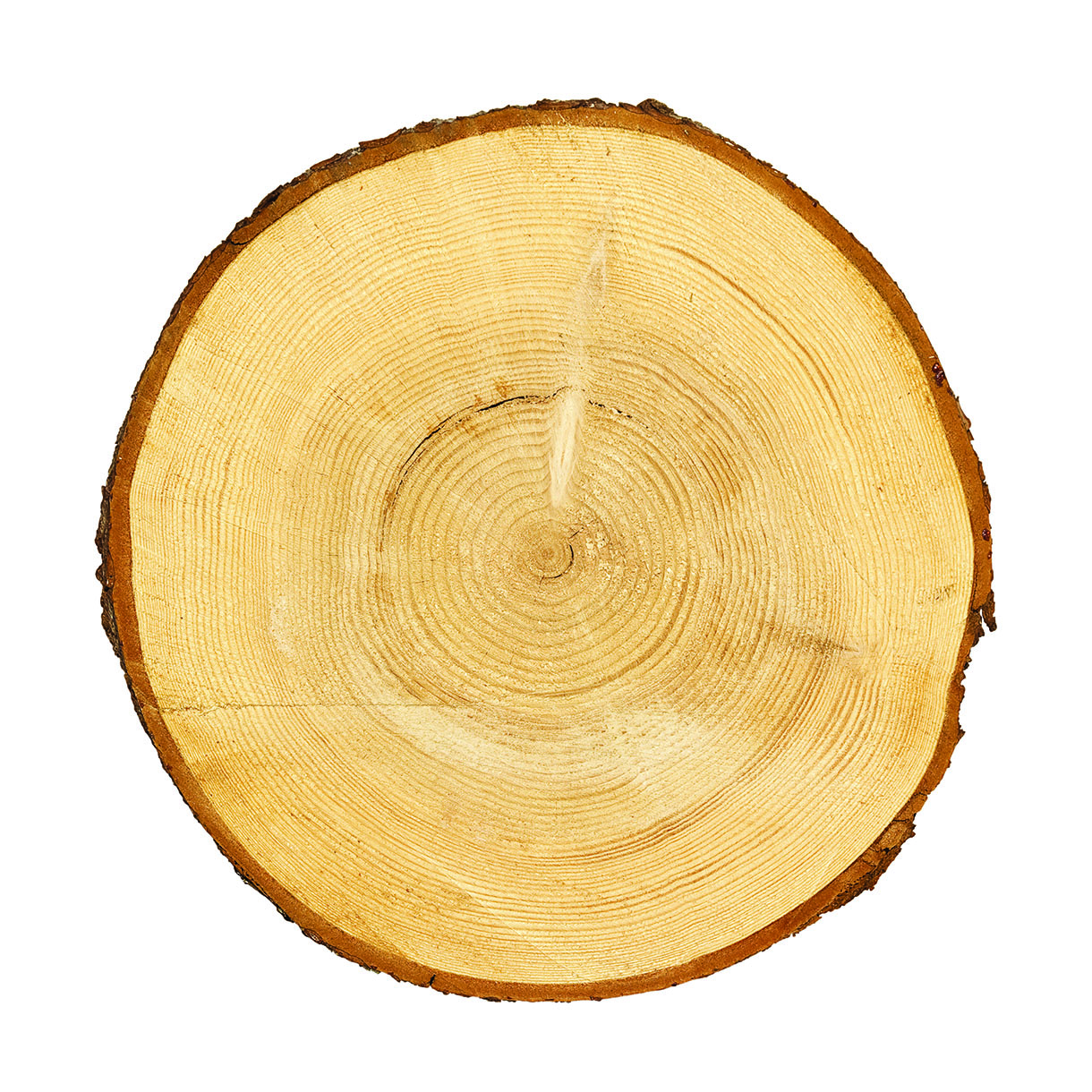 Pests and diseases
The UK Forestry Department is concerned about a number of pests that have entered the UK through various channels. People in search of instant landscaping with mature trees often import these – together with attendant pests. The fungus-like pathogen, Phytophthora ramorum, damages larch trees resulting in infected specimens having to be felled or killed before the spores carry with the wind and infect other trees. This means infected areas may have to be cleared in order to stop the spread of the disease. Known as ‘sudden oak death’ the P. ramorum pathogen kills oaks in the USA, but fortunately British oak is more resistant and, to date, according to the Forestry Department only a very few have become infected. Ash dieback, caused by the pathogen Chalara, was discovered in the UK in the 1990s. In a natural old growth forest where there are different varieties of varying ages there is more resistance, but monocultural plantation forests are often placing them at higher risk. The UK Forestry Department advises thinning out the plantations, enabling more light to enter to reduce fungal infections. Salvage wood In Britain, the Sitka spruce (Picea sitchensis) was introduced from North America. It grows fast in comparison to oaks and will reach maximum timber yield potential after 40–60 years of growth, whereas oaks can take up to 150 years. Versatile and easy to work with, it is ideal for beginner projects. There is a lack of diversity in plantation wood compared to the 30–100-year-old trees considered ‘new growth’, where trees have established themselves on previously cultivated land or areas razed by wildfires. A variety of species will usually emerge, resulting in interesting growth patterns as the ring size will depend on how close the trees have established themselves and the climatic conditions. In plantations, a uniform growth ring will occur in young trees as they are evenly spaced, but the growth rings will become smaller as they mature and compete for light and water. Sanborn says, “Luthiers (craftsmen who make stringed instruments like lutes and violins) are saying prime tone-wood is harder to find. Craftsmen also mention that interesting grain textures are less available.” To overcome issues of grain, salvage wood could instead be used.

Recycled timber
With the movement for preservation of forests gaining momentum, a new niche market has emerged in using salvaged wood from old buildings and structures. Indeed, according to Sanborn, “In the Great Lakes region people are trying to dive ships that sank with old-growth timber loads containing hardwoods with ring densities of 100/inch.” He adds, “On the rivers of the US, spring logging means masses of logs are floated down to mills. Some would sink in storms and be stuck in the muck. Swamps are anoxic and northern areas may be cold enough that they are preserved. Some small operators in the south dive for cypress logs that were cut long ago, netting several thousand dollars for large ones.” In places like Thailand and Indonesia, wood from old fishing boats is being salvaged and used to create furniture and décor items – often complete with sanded down layers of original paint. A craftsman who produces quality furniture or other products from his timber is creating something of worth that may last for centuries. As the Lebanese artist, Kahlil Gibran, says, “Trees are poems the earth writes upon the sky.” 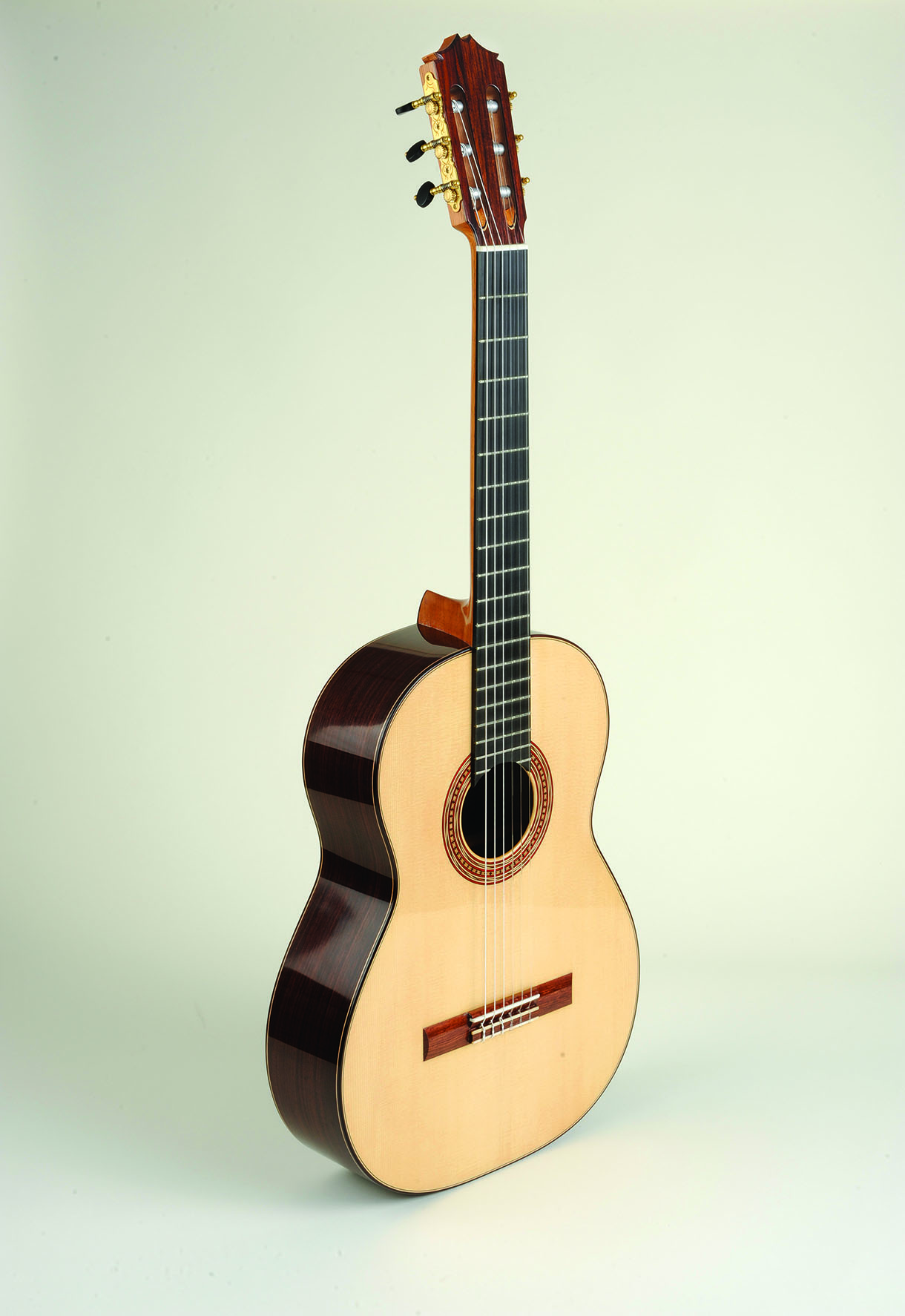 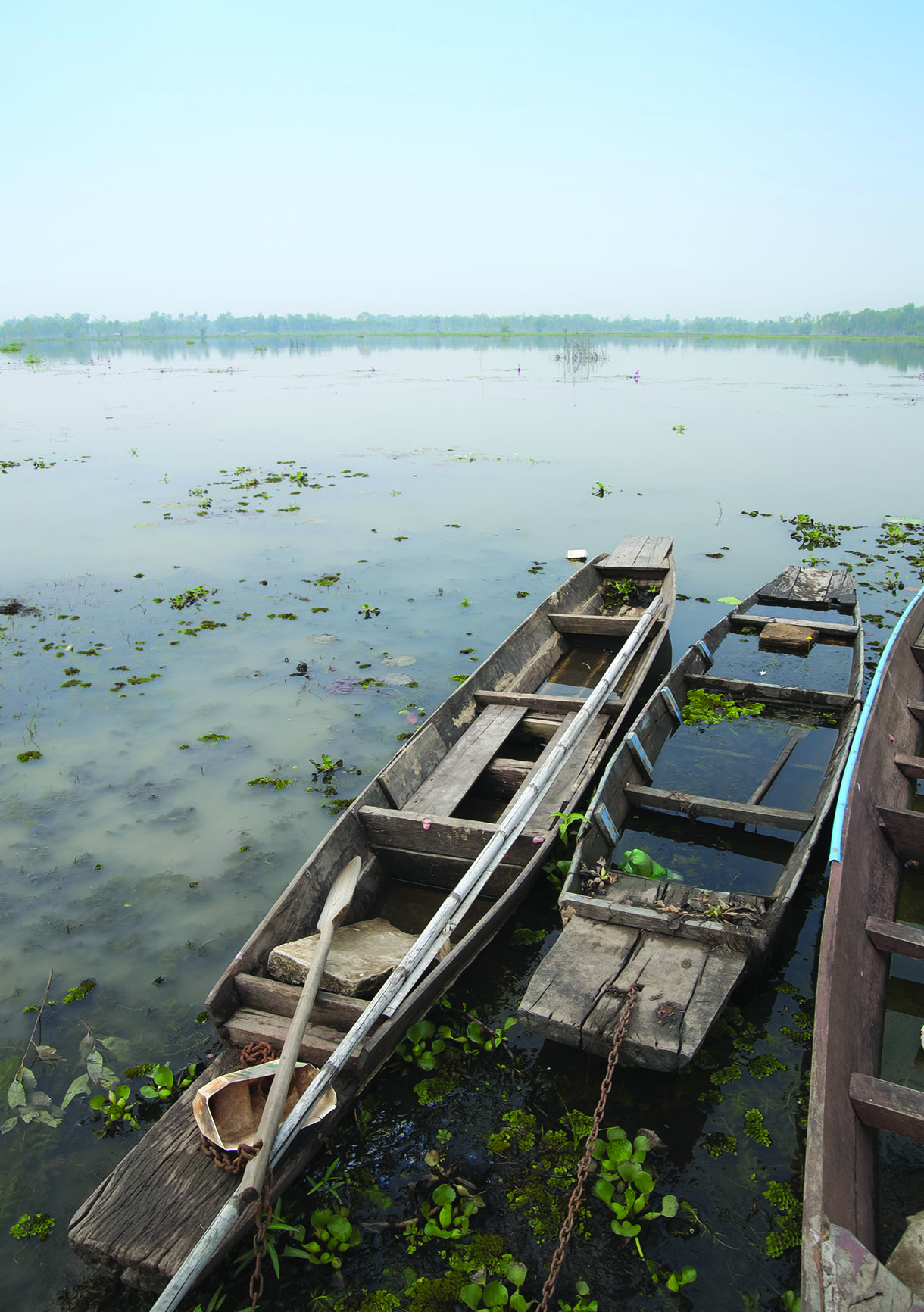 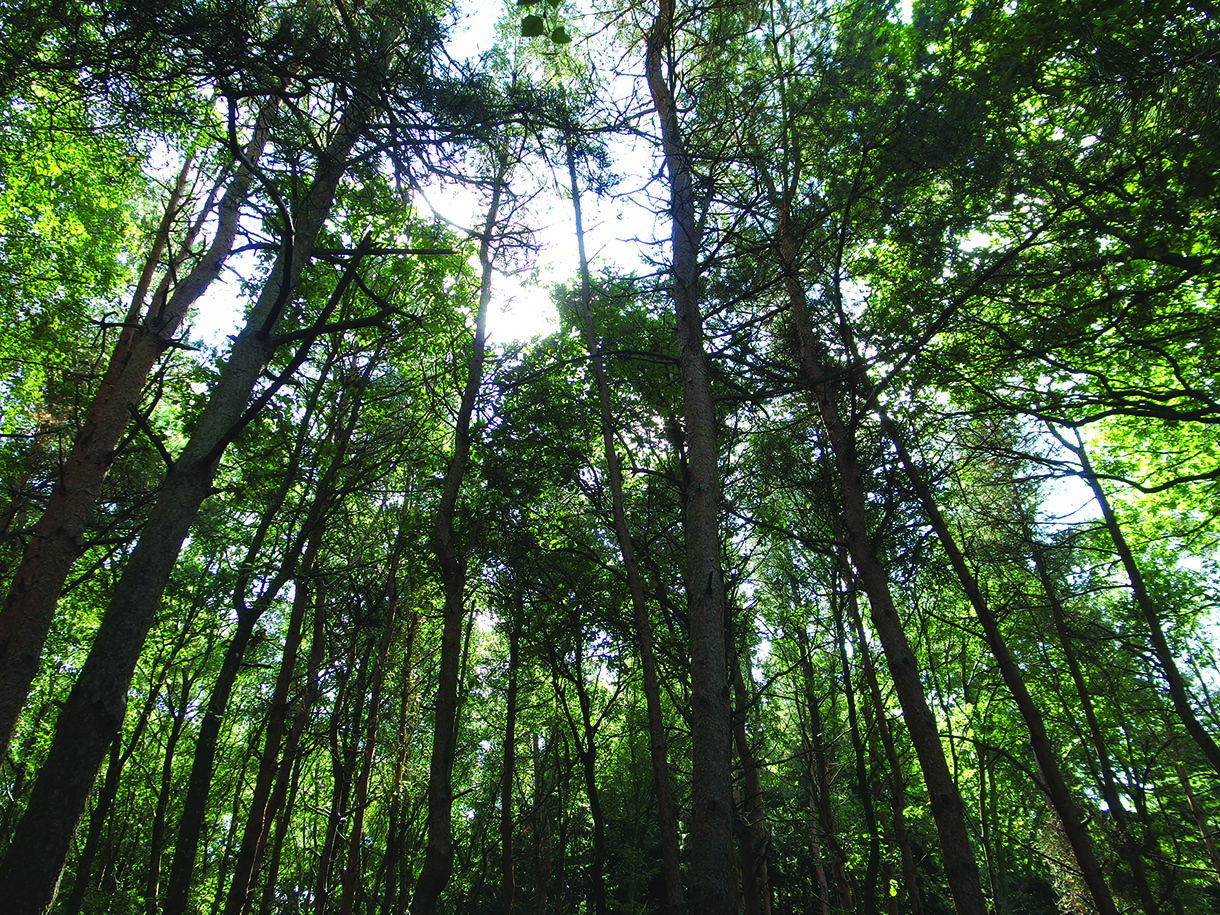 “Trees are poems the earth writes upon the sky.”