Vasa: a Treasure Trove of Carvings
When Sweden’s 17th-century warship sank and capsized in 1628, she took a treasure trove of wooden sculptures with her 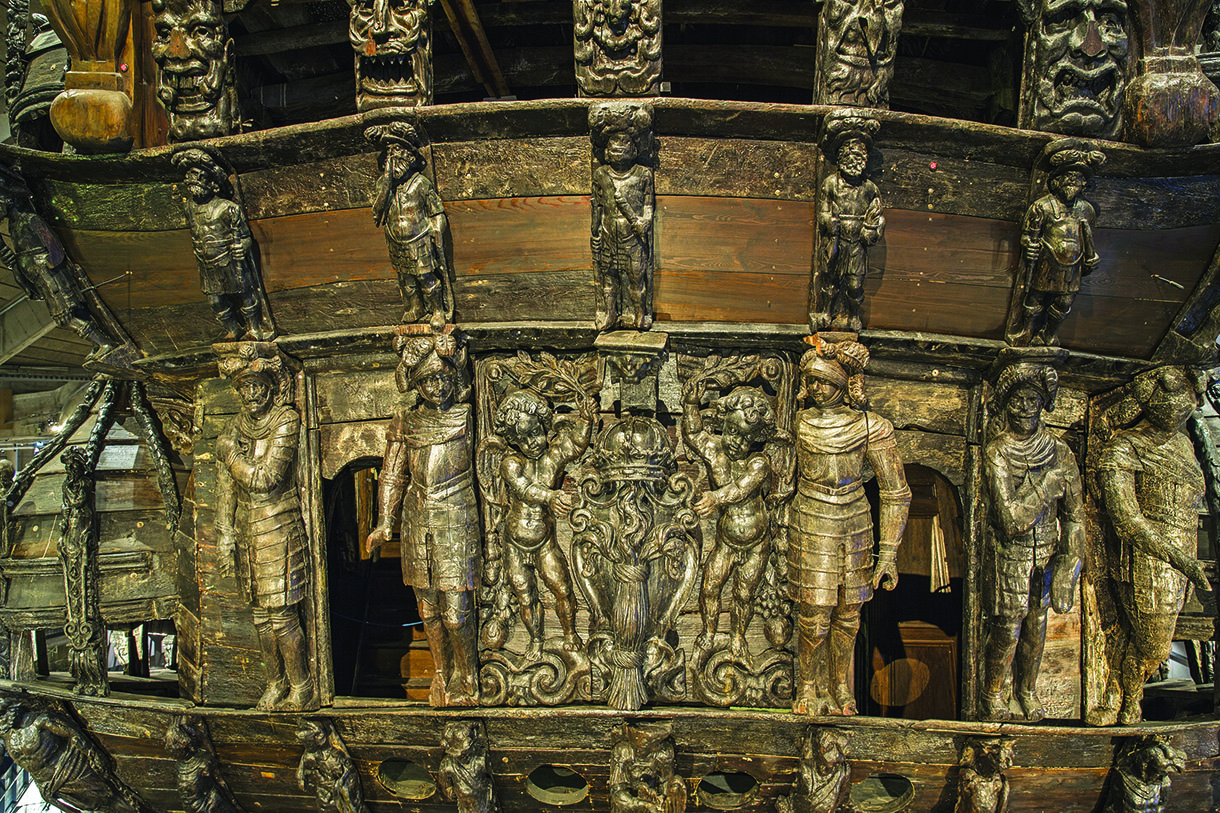 When Sweden’s 17th-century warship sank and capsized in 1628, she took a treasure trove of wooden sculptures with her

The loss of a landmark ship almost inevitably results with myriad treasures being forever claimed by the sea. Such seemed to be the fate of the 17th-century Swedish vessel Vasa, which capsized and sank in Stockholm in 1628. In Vasa’s case, the world also appeared to have been denied a priceless collection of wooden carvings, at least until she was finally raised from the seabed on 24 April, 1961.
The story begins in 1625 when King Gustav II Adolf signed a contract with shipwright Henrik Hybertsson and his business partner, Arendt de Groote, to build four new vessels, with one of them, Vasa, designed to be a formidable warship. The king’s aim was to establish Sweden as a power to be feared, instead he left it open to ridicule on all sides.
Vasa measured 69m long and 50m tall and weighed more than 1200 tonnes when kitted out with 10 sails,
64 cannons and 120 tonnes of ballast. She was decorated with 700 sculptures. The meaning and symbolism of the latter are examined at the Vasa Museet in Stockholm where the refurbished ship is now on permanent display. The sculptures include a roaring lion, which was the first sculpture to be retrieved from the Vasa during salvaging. He sits atop the vessel together with 500 other lions, emperors and gods, mermaids and heroes, angels and devils. The king’s intention was that the sculptures would send out an image to the world of Sweden as a strong, powerful nation. To achieve this, the sculptors drew on classical mythology and history, the Bible and a fantasised Swedish antiquity. They had the full repertoire of the Renaissance symbolism at their disposal. They painted their work in bright colours and positioned them fore and aft. Vasa became a colossal work of art representing, as the museum states, a big-budget advertising campaign from 17th-century Sweden. She was not just a warship; she was also a grand display window for Sweden and the king’s ambitions of empire. 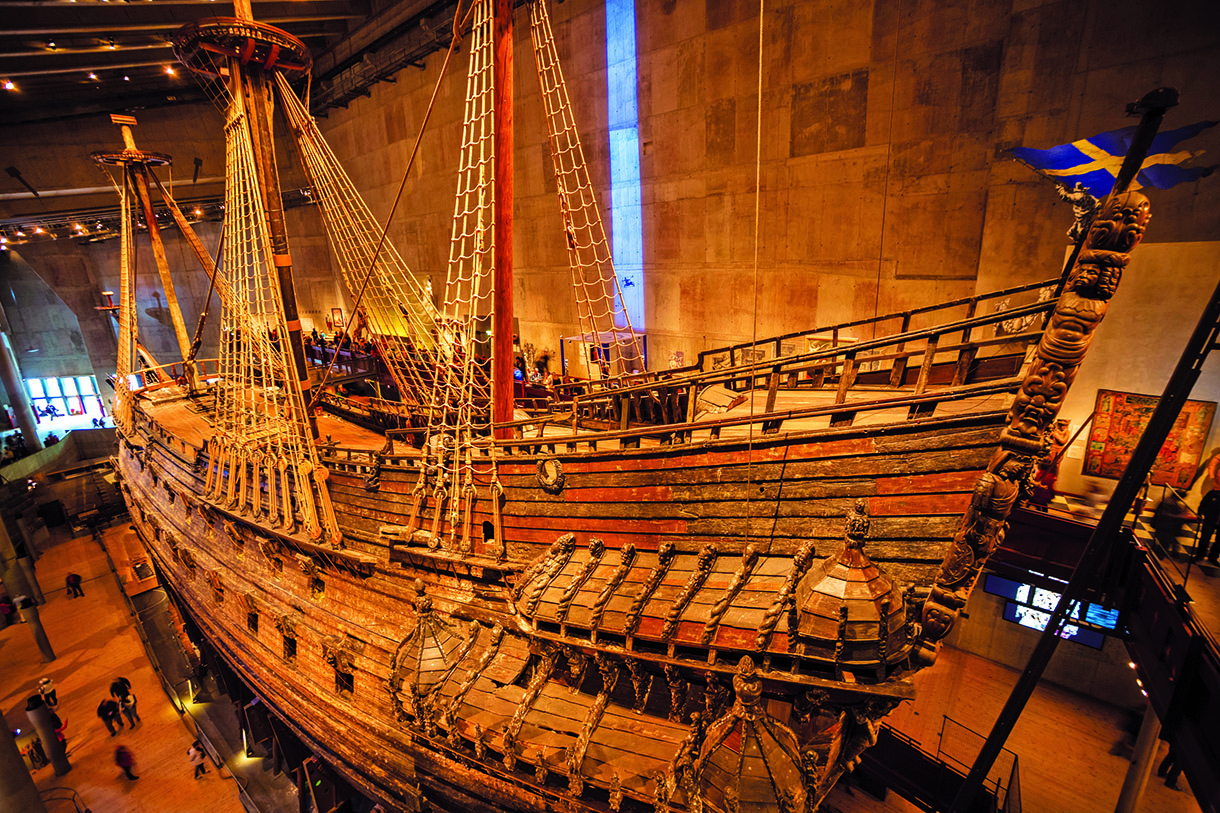 Tragically, however, the ship capsized on her maiden voyage. Barely 1300m out to sea and within sight of the port where she was built, Vasa sank in view of thousands of Stockholm’s inhabitants and several foreign ambassadors. Blame for the disaster soon fell on the design by shipwright Hybertsson, who, conveniently for everyone else involved, had died less than a year after the project was commissioned. Whatever the cause, many lives and sculptures now lay 32m below on the seabed.Today, many of those sculptures, like Vasa’s hull, remain a stained dark brown colour from their 333 years at the bottom of the sea. But the museum has restored some 50 key pieces to show how they were originally painted and has also placed them within their historical context from the Bronze Age onwards. The carvings remain a stunning reminder of the talent of their sculptors and, perhaps, send out a powerful warning message to those seeking power and glory. 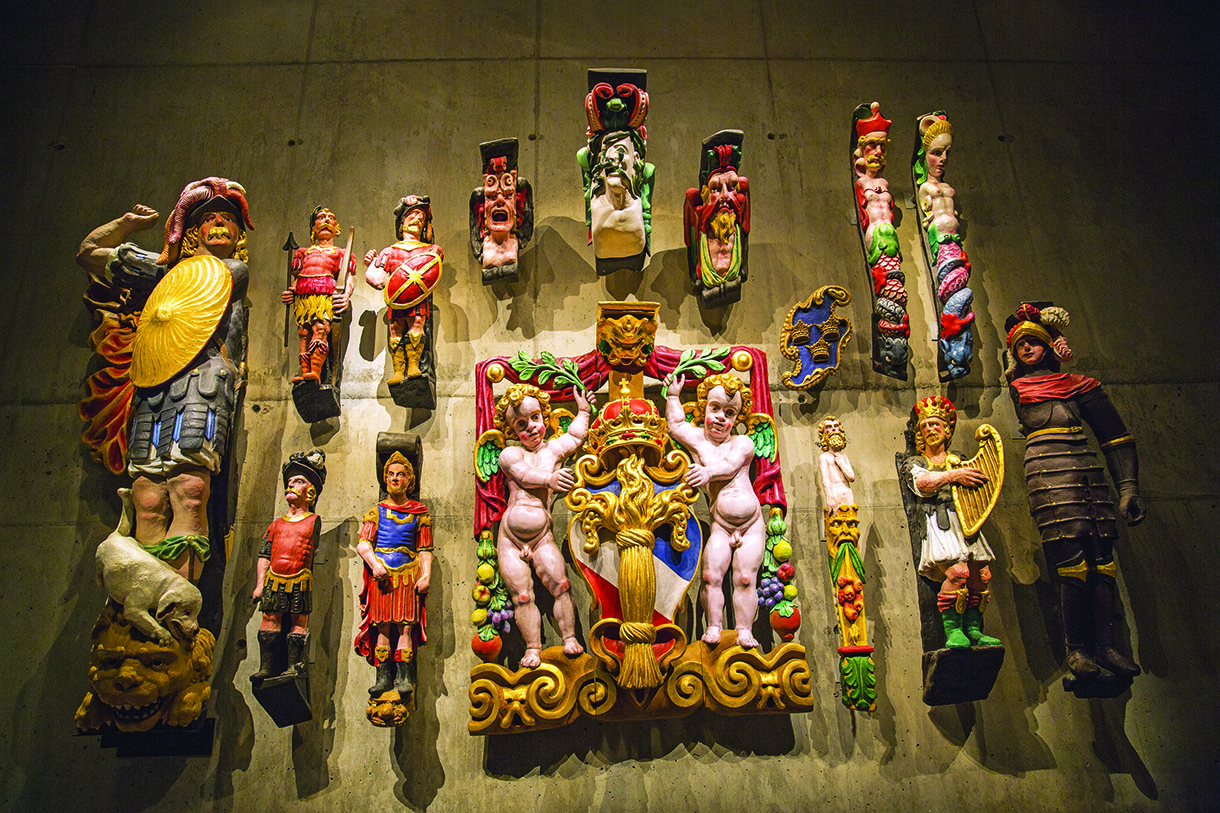