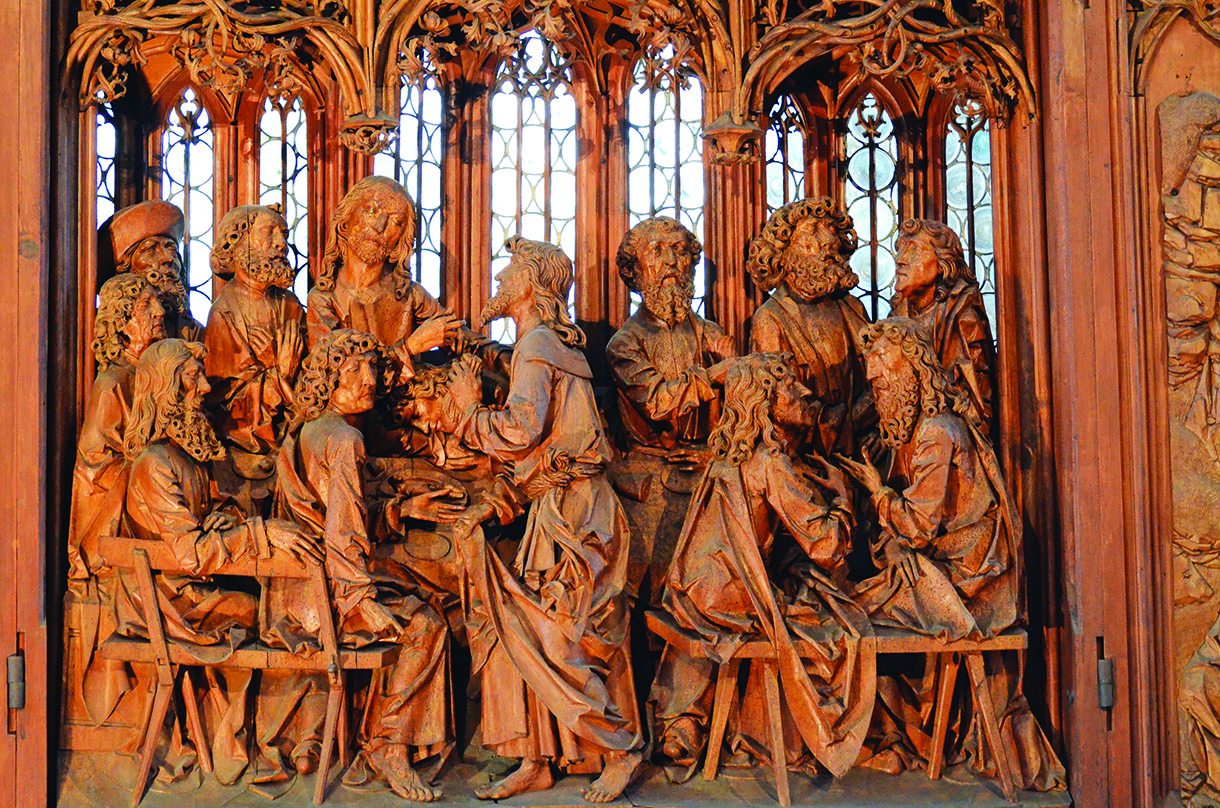 Carved by German woodcarver and sculptor Tilman Riemenschneider (c. 1460 – 7 July 1531), the Holy Blood Altar stands in St. James’s Church, Rothenburg ob der Tauber, Germany.
In the late Gothic style, Riemenschneider was active in Würzburg from 1483 and his work is characterised by the expressiveness of the figurines’ faces so they look deeper in thought, and also by the detailed and intricate fabric patterns in their clothing. It is claimed that Riemenschneider’s early success as a sculptor was due to the plasticity of his works, with great care being taken of modelling the folds of garments. He was one of the most prolific and versatile sculptors of the transition period between late Gothic and Renaissance, a master in stone and limewood (Tilia vulgaris). Although little is known about the early years of his woodcarving career, it is likely that he came into contact work of Martin Schongauer, whose copper engravings served him later as examples.
Riemenschneider is seen today as one of the first sculptors of the 15th century who did not have all his figures painted. The piece was never meant to be painted, but there is a pigmented glaze to protect the wood and a bit of colour to highlight the faces. The altarpiece is meant to represent the Last Supper, a well-known story, and emphasises Jesus offering communion to Judas, the sinner.