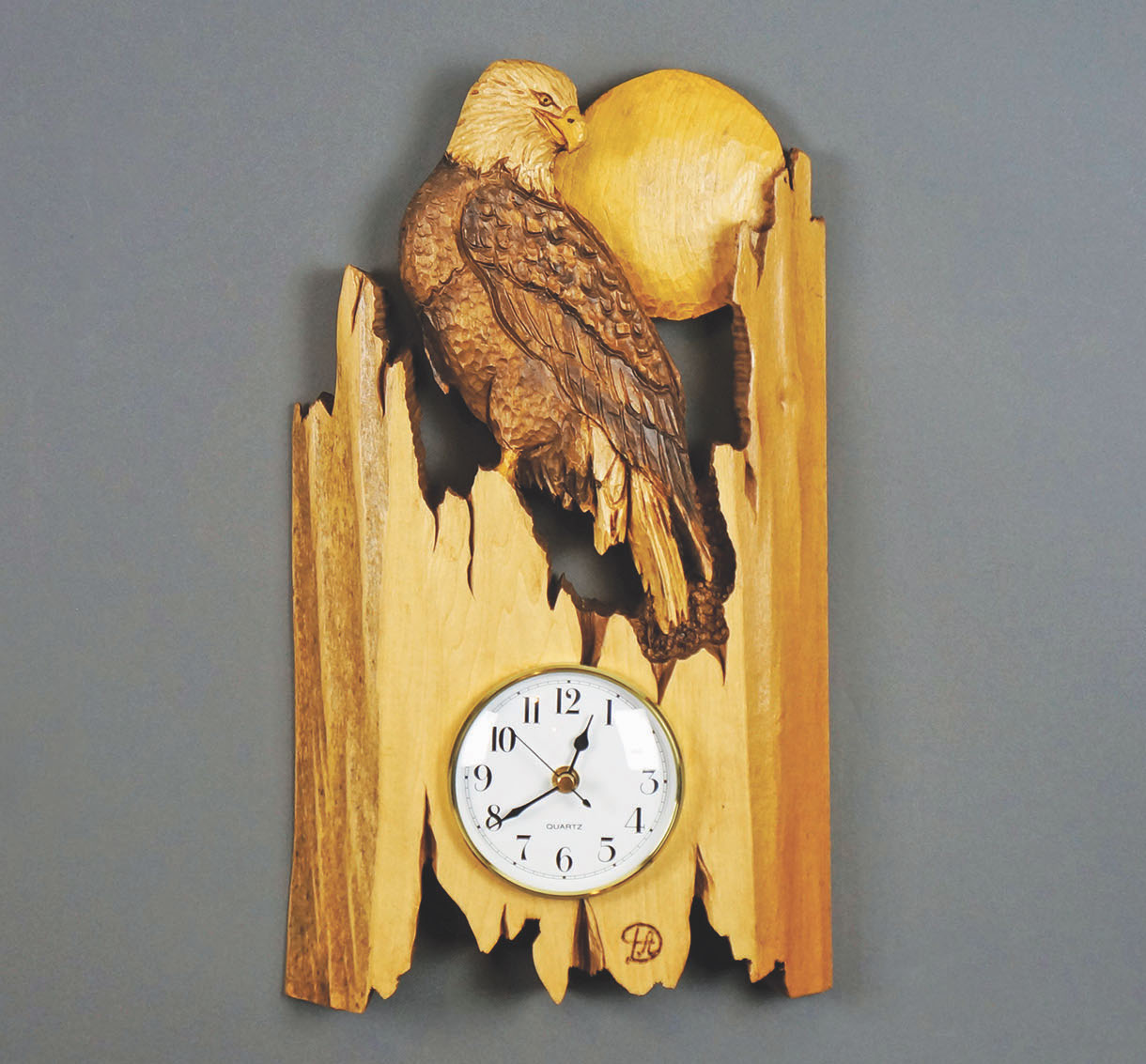 A unique piece, this carved eagle was made entirely by hand using chisels, wooden knives and carved on linden (Tilia spp.) wood. Its creator, Russian carpenter, Vladimir Davydov used dry wood to ensure the overall stability of the piece was high and didn’t crack over time. The carved eagle has been finished with the traditional coating of shellac, stains and protected with three layers of varnish. Using varnish on a piece like Vladimir’s, provides a protection against dust, moisture and requires no special maintenance.  Describing the process, the Russian-born carver says:  “I often change my drawings throughout, by adding or removing some details,” often integrating the knots and bark in his cravings. He adds that each sculpture provides sentimental value to him, and represents parts of his soul.
The carved eagle was designed because of Vladimir’s interest in the relationship between man and nature describing their link as ‘two entities that co-exist in the same universe with both distinct and conflicting functions’. The final piece shows nature mixed with humans as the unchanging language represented by the environment, and follows a cycle using survival instinct, whereas humans rely on evolutionary language guided by the instinct of survival, but also faces its own evolution as a economic, social, and spiritual point of view. The eagle itself represents the spirituality of the human race surrounded by nature, and as Vladimir describes: “It is with these two languages, aesthetics, material and colour that I was to confront the existence of the truth.”
Leaving Kyrgyzstan in 2008, Vladimir has had many career paths before finding woodcarving and starting at a workshop in St-Lois-De-France, Canada, with Pierre Goulet who has become a mentor to him throughout his woodcarving career. Davydov then worked in a woodcarving shop as a sculptor before opening his own workshop in 2011, and realising his passion could be a full-time career. Since opening his own workshop, Vladimir has been teaching lessons on the subject and is a member in  the Club of woodcarvers of Quebec City, Vladimir says: “I am completely immersed in my career. I teach woodcarving classes, complete special orders and participate in exhibitions.”