All about Lime:
Gary Marshall takes a look at the lime tree, whose history lies back in ancient times 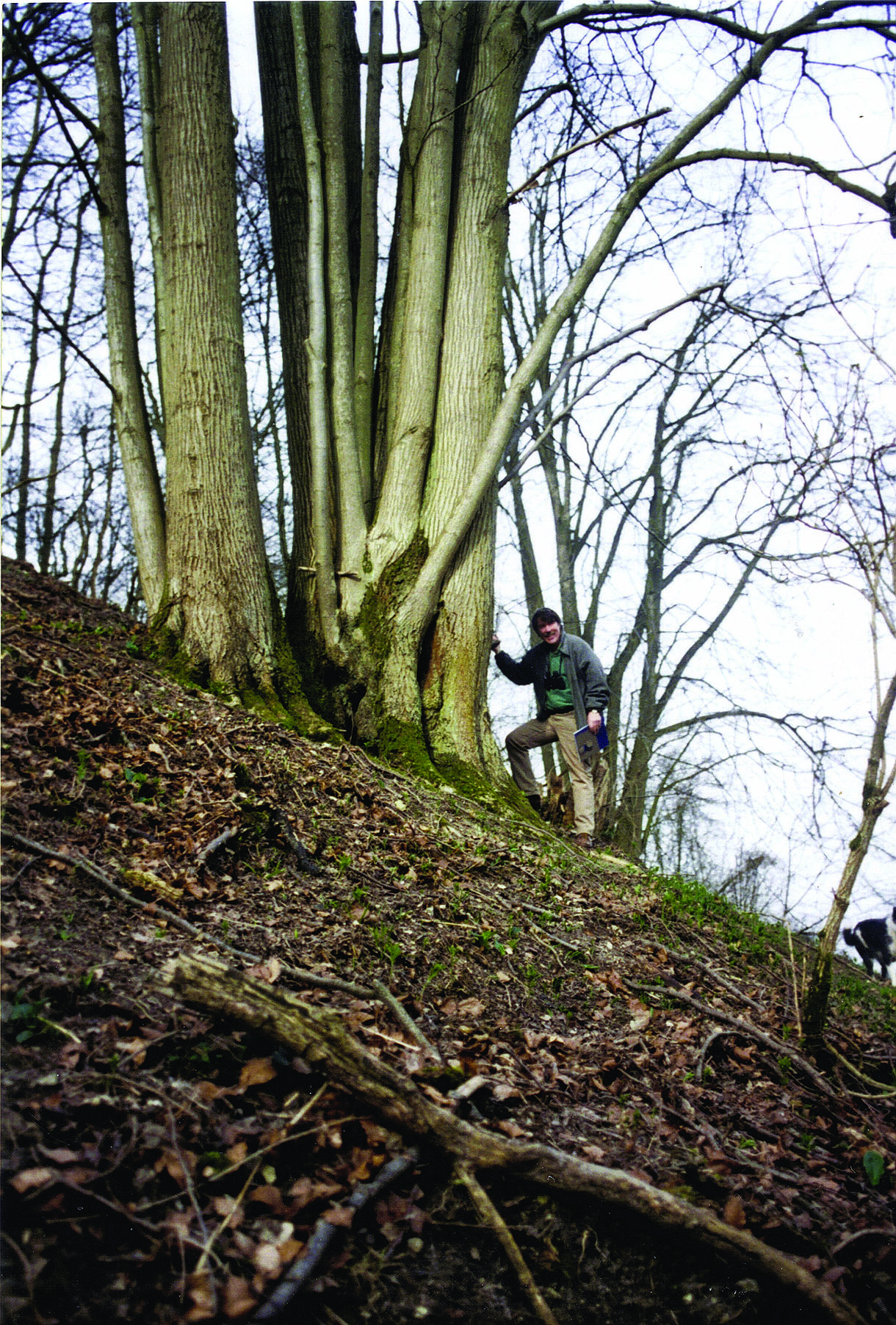 The largest known remnant stand of Tilio/Acerion forests (c. 4500BC) 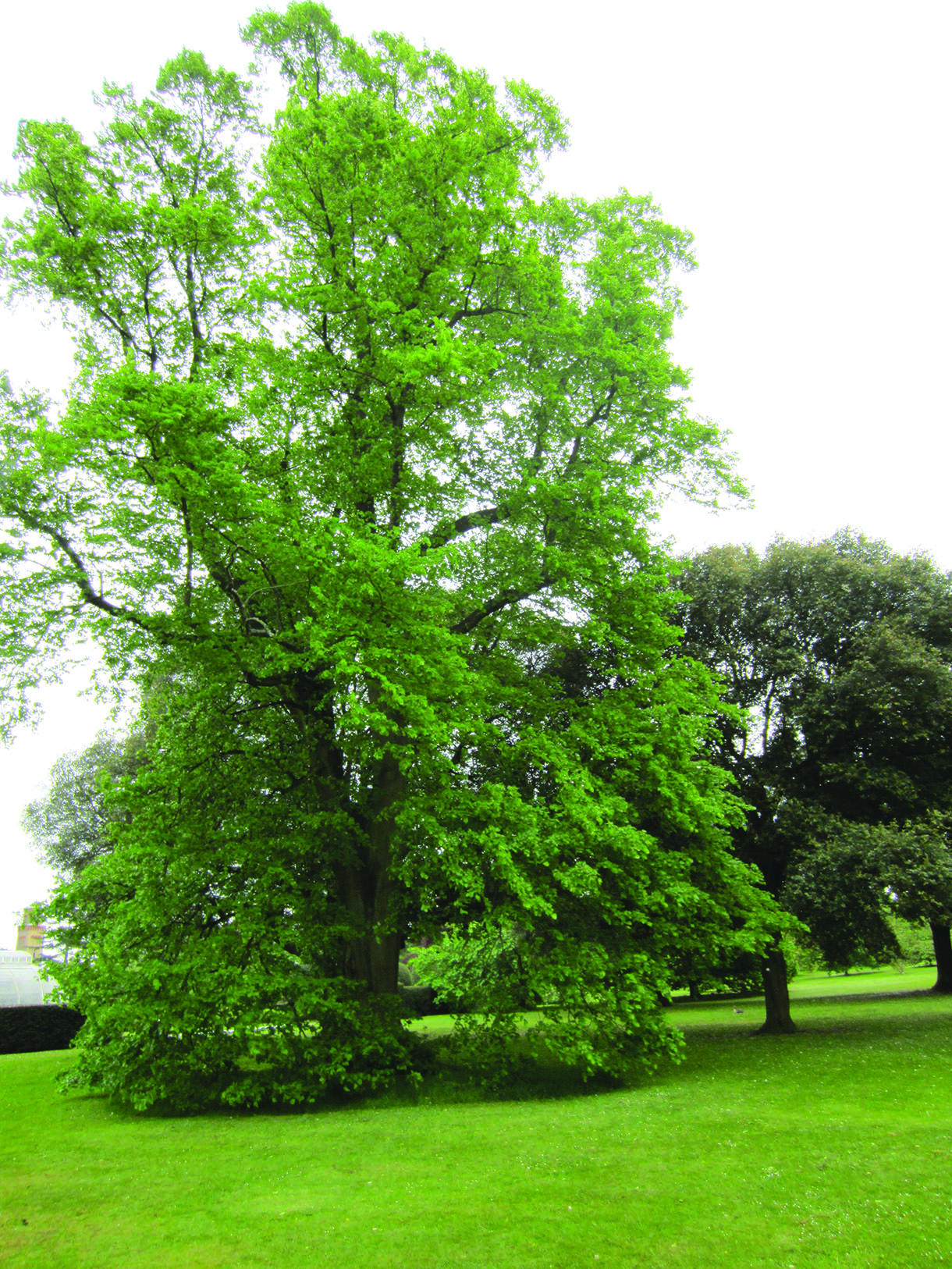 Think of a lime (Tilia vulgaris) tree and you may picture just one type. However, there are around
30 distinct species in the genus Tilia worldwide. They generally have telltale zigzag twigs and heart-shaped leaves.
Limes range from the American basswood (Tilia americana) to the rare and lovely Tilia tuan from China, as well as many hybrids and cultivars. This article concerns three closely related types; the common lime –
a hybrid (Tilia x vulgaris) and our British native trees – the small-leaved lime (Tilia cordata) and the large-leaved lime (Tilia platyphyllos). The common lime is a familiar tree in the British Isles; it’s a hybrid between the small-leaved and large-leaved limes and is best seen in an open parkland setting. It’s valued for its stately, tall form, for its bright, lime green leaves emerging in spring and for browsing livestock. Visionary landscapers like Capability Brown planted limes and other trees in naturalistic clumps; others laid out imposing avenues that still exist today. The fine dome-shaped tracery is a good identifying feature, before the leaves fully emerge. The tallest common lime stands at 46.5m in Reelig Glen, Inverness and in Bifrons Park, Kent there is a common lime with a trunk nearly 10m in girth. Limes are often pollarded in town and village streets – to reduce sticky, dripping honeydew from aphids. 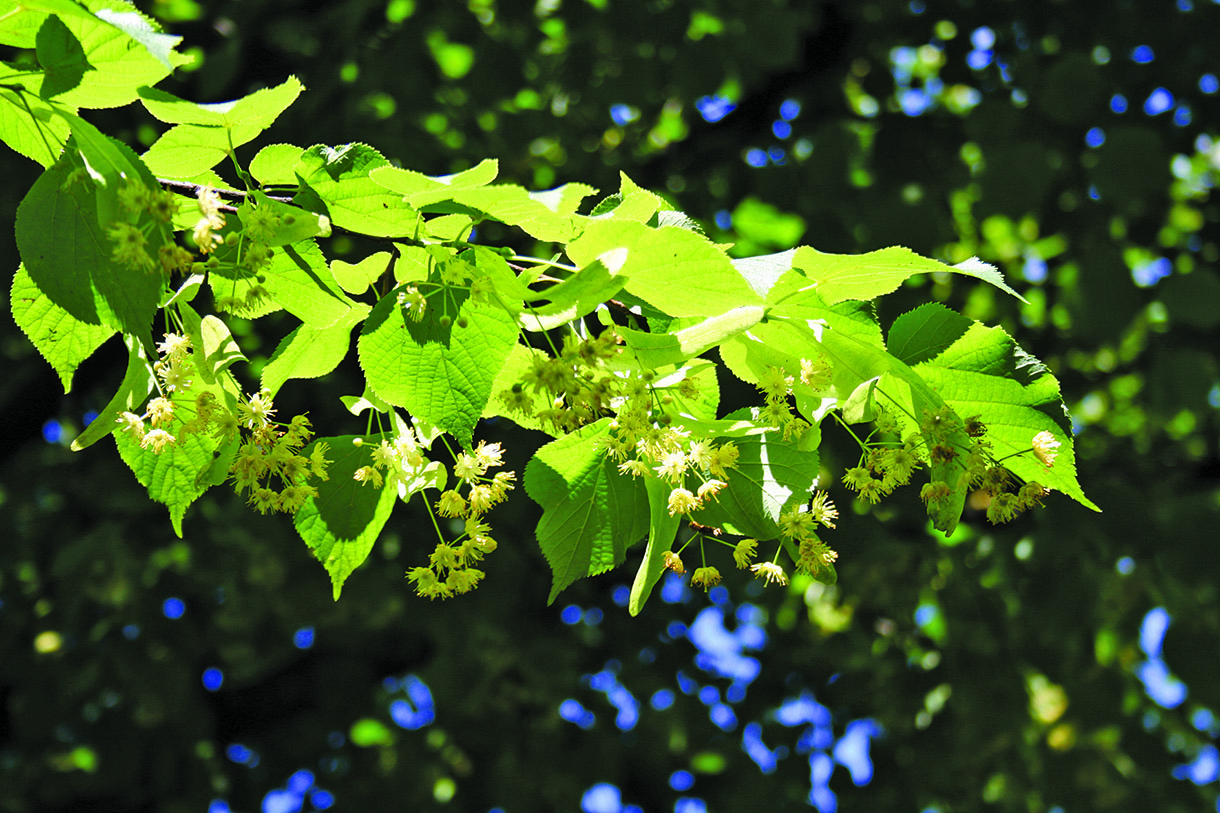 Leaf and flower of a lime (Tilia vulgaris) tree 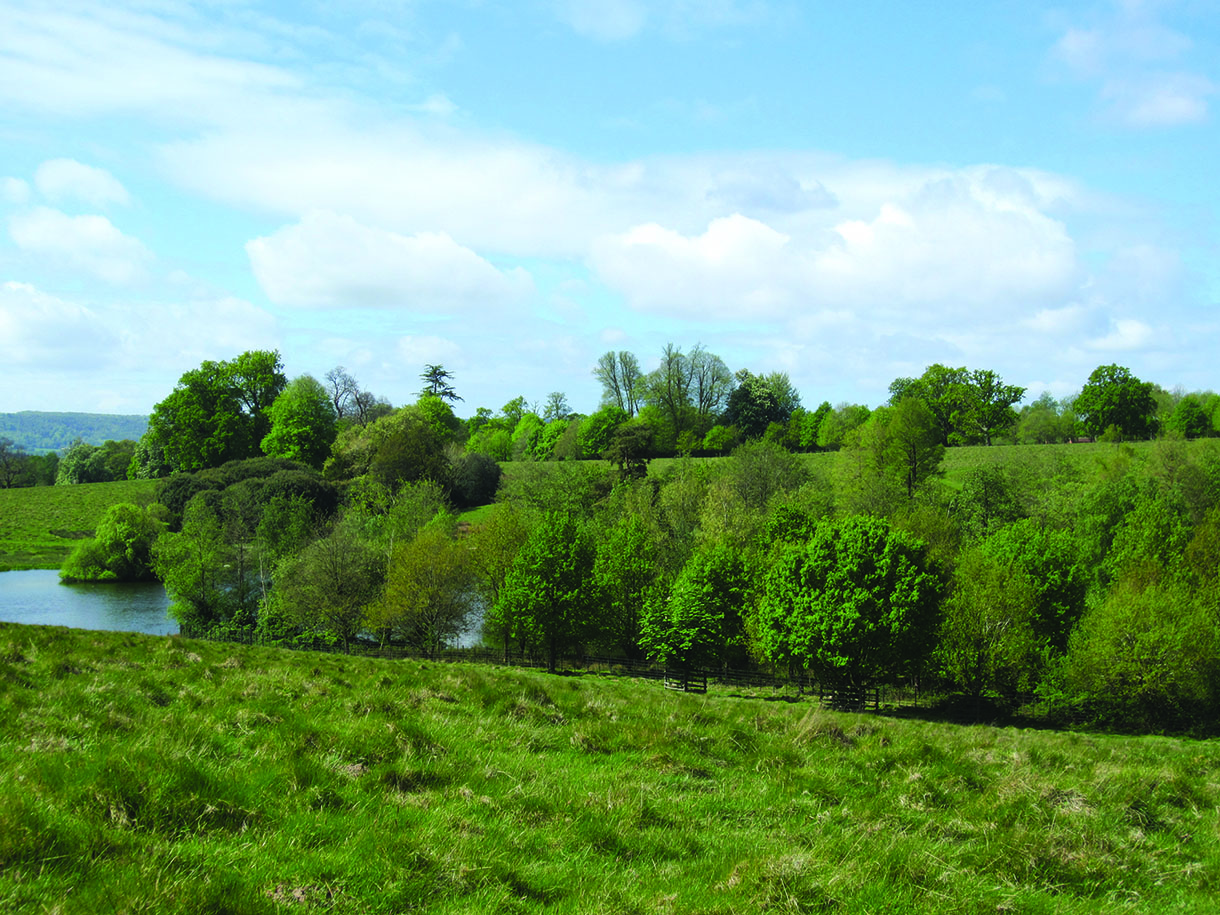 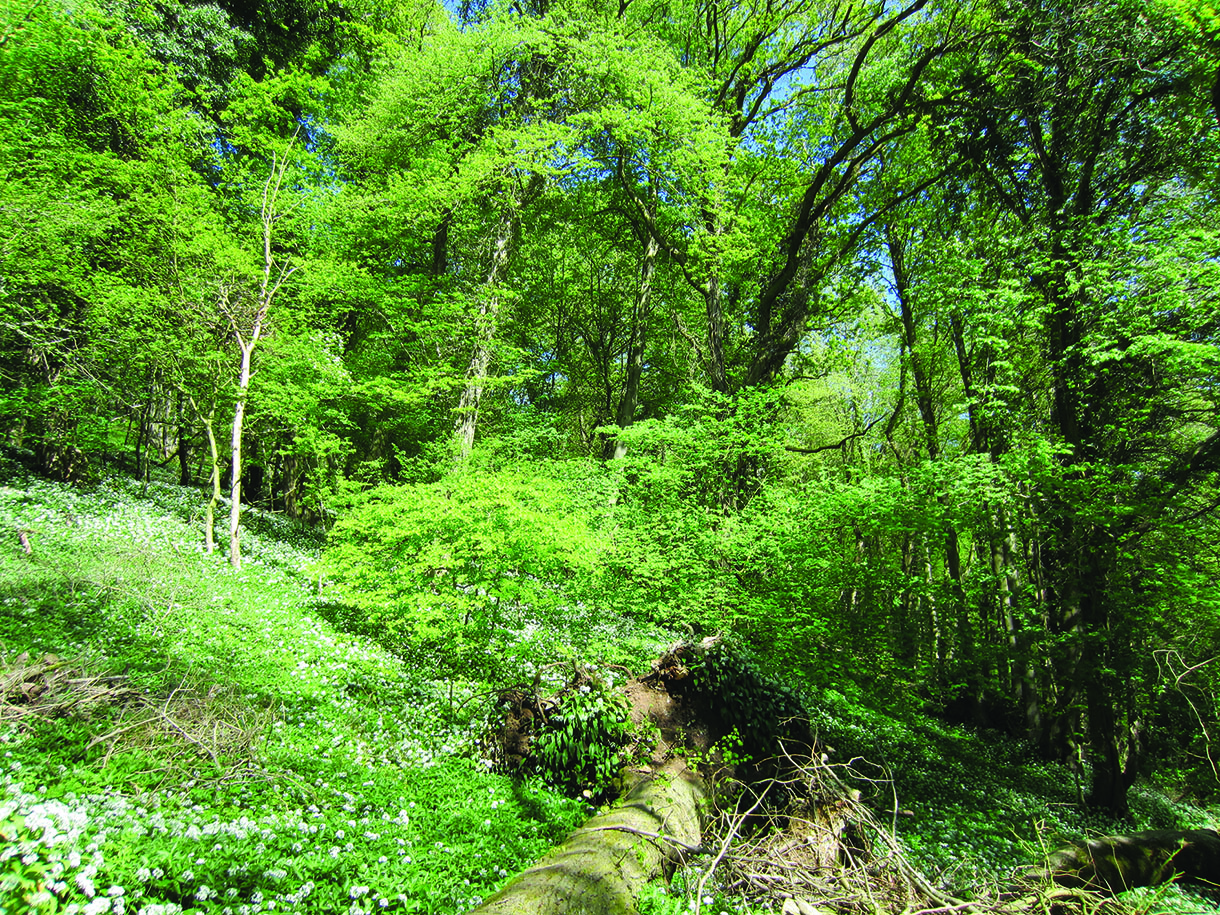 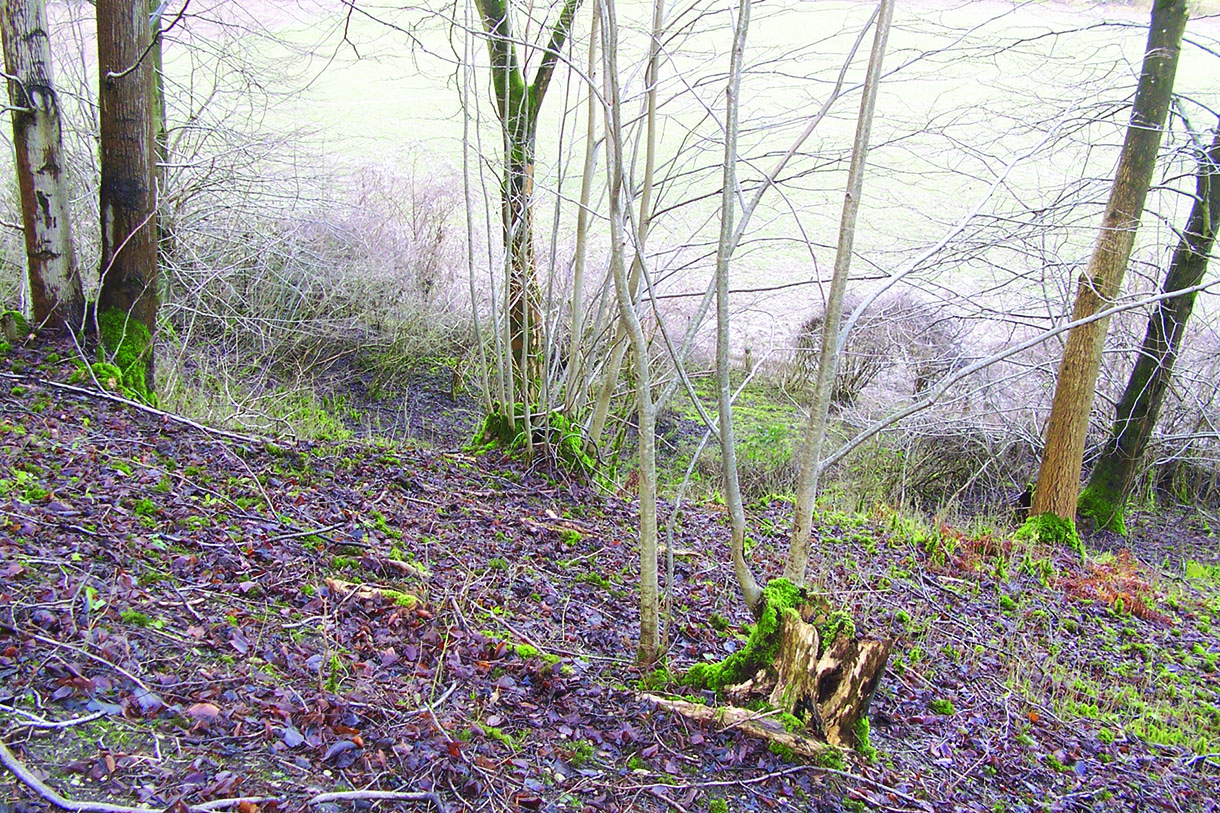 Common lime variability
Look out for pruned trees with a mass of epicormic growth from the base, growth from cut branches and bulbous swellings on the trunk. Naturally, ‘messy’ forms are wonderful wildlife niches for insects, birds and small mammals, including bats. Also look for fluted trunks with large buttresses and ‘well-behaved’ trees with straight clean trunks and little or no epicormic growth. Common limes have genetic traits from both parents but with varying degrees of dominance, hybridisation may exaggerate such traits and these factors account for differing forms. The most common lime trees planted from the 17th century onwards were from just a few distinct Dutch clones – cuttings or sprouted stems. Hybrids occur naturally in Europe. This is unlikely in Britain, because of scattered lime populations and fertility issues, so virtually all common limes in the British Isles were planted by man. Carving blanks of lime are most likely to come from Scotland or abroad. Woodcarvers rate lime wood as it is light, stable and can be cut in any direction. Much of Grinling Gibbons’ famous work is in lime wood. It’s used by musical instrument makers and for hop poles. The flowers are prized by apiarists and are also gathered for herbal teas.

Our native limes
Small leaved and large-leaved limes only occur in ancient woodland – i.e. woodland that has been in existence since at least 1600 in England and Wales. Some 6000 years ago, small-leaved limes were the dominant woodland canopy species, on a line roughly from the Humber to the Severn and in east Wales. They are not native to Scotland or Ireland. Limes had declined sharply by Roman times and slowly since. Theories behind this are various, including: reducing seed fertility/viability, which is still a problem and may be due to climate changes; increased browsing; harvesting lime bast – long fibres under the bark – for rope making and man selecting in favour of trees such as oak (Quercus robur), ash (Fraxinus excelsior) and hazel (Corylus avellana).

Where native small-leaved limes still reign
Imagine a steep track up a limestone scarp, going deeper into a large wood in the Mendips. Masses of ramsons – wild garlic – and bluebells carpet the ground. Overhead are extraordinarily diverse trees. Some with smooth straight trunks look a bit like ash, others have weird outgrowths and pendulous branches – or are they roots? Some are coppiced, recently or long ago, some pollarded with large crowns. Many have regrown, straight and tall; others gnarled and twisted, ent-like. A few are massive and have tumbled down, with rotting trunks but still have vigorous roots. They’re all small-leaved limes growing in one of the largest woods in the country where they still dominate the canopy. Is this similar to the old ‘wildwood?’.

Native large-leaved limes in a rare setting
Until the 1990s, stands of native large-leaved limes were believed to grow only in a few locations in the Pennines, the Cotswolds and the Wye Valley. However, more than a dozen sites have since been found near the base of the South Downs. My first visit to the largest of these sites is shown in the opening photo. The next visit was a shock – large-scale felling had taken place – but this was supervised by English Nature, to rejuvenate the wood. After 10 years, I returned again to see excellent regrowth from old roots, while the fast rotting stumps are providing nutrients to aid vigour.

Longevity
Limes are remarkable trees. Unless completely grubbed out they can be ‘almost indestructible’. A site of lime coppice stools in Gloucestershire is around 2000 years old – some believe it may even go back 6000 years. Nevertheless, ancient woodlands, where small-leaved limes dominate are localised and those where large-leaved limes grow are rarer still. Such woods are a direct link to the past.