Combination Planes. The Old and the New:
Randy Maxey shows all about combination planes and the differences between old ones and new ones. 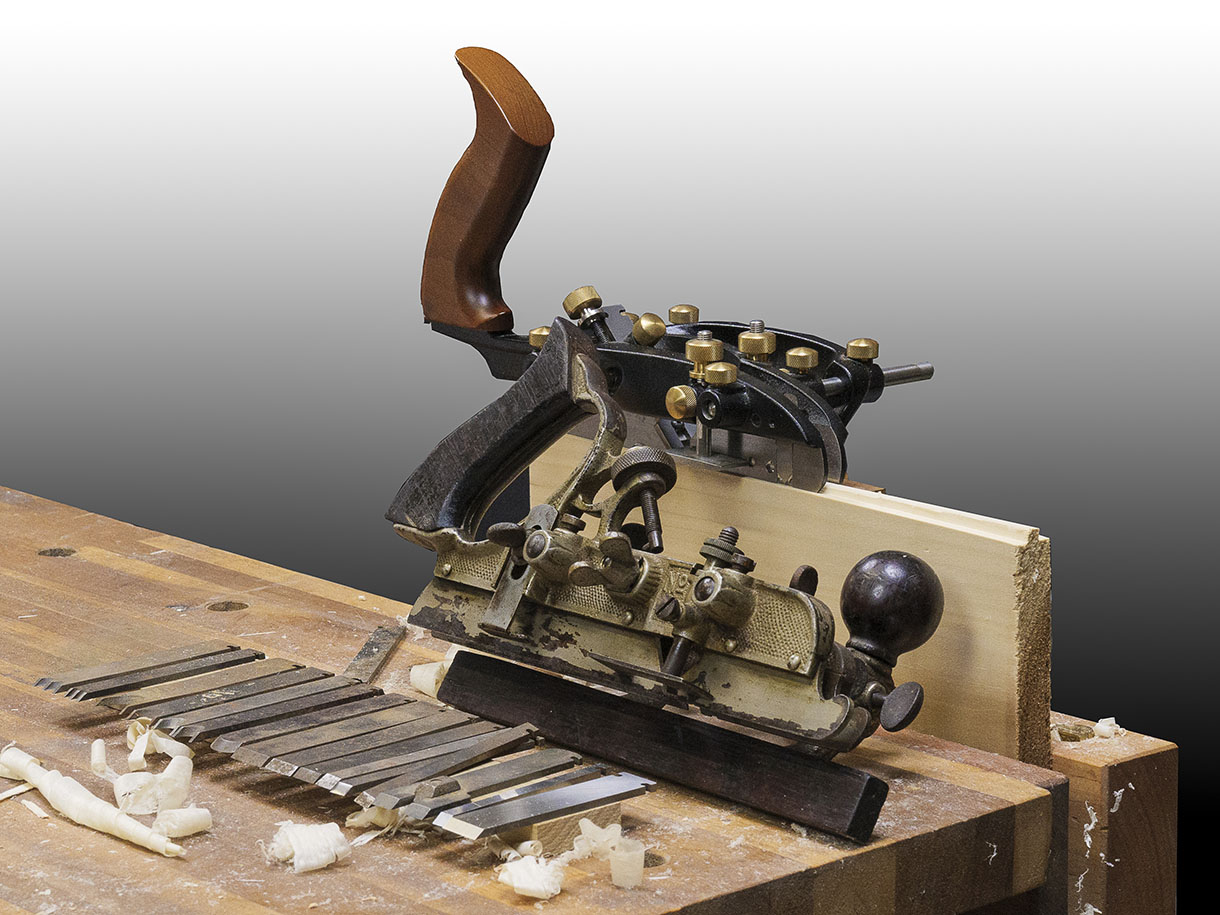 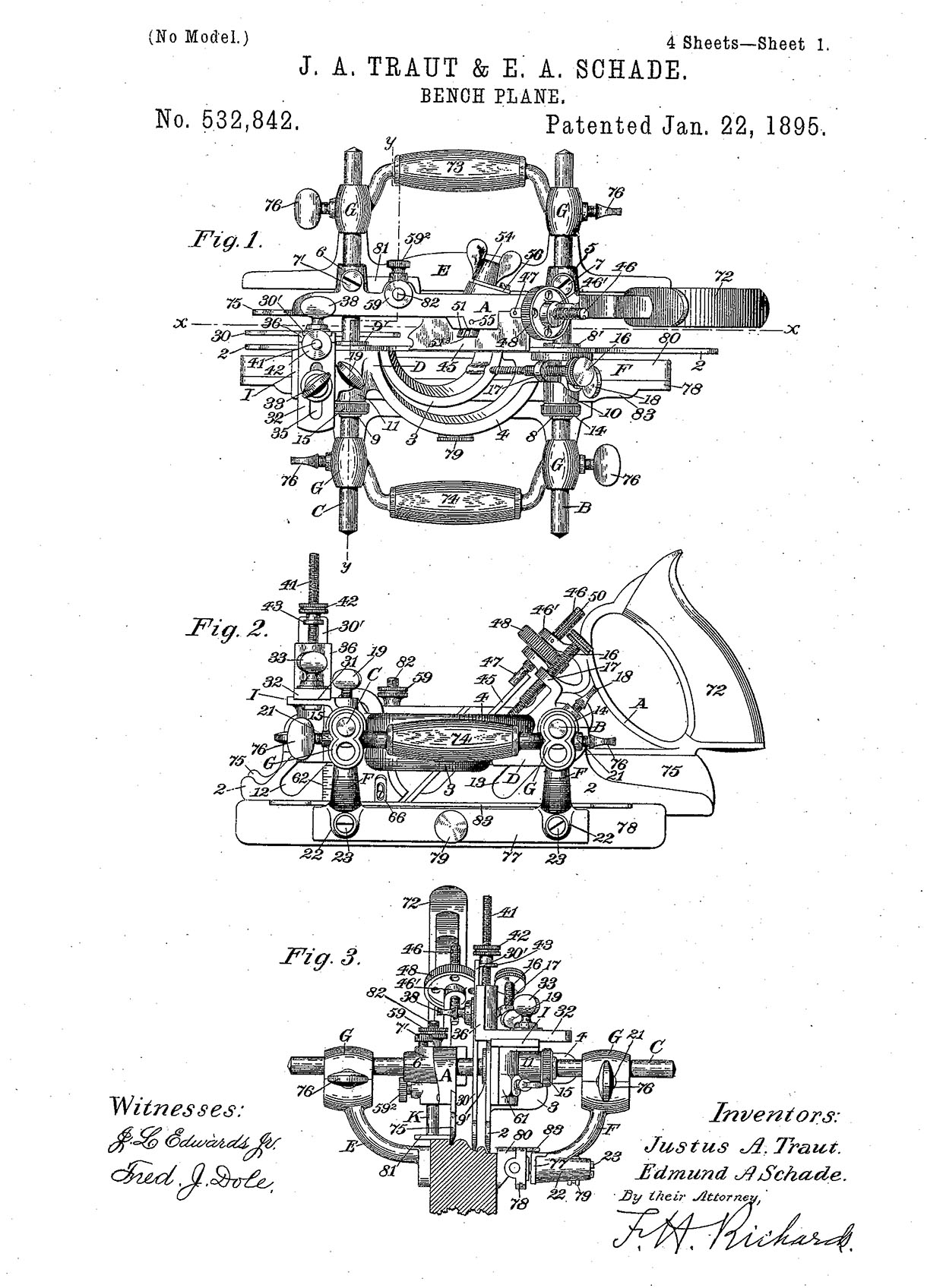 This old patent drawing details the design of a combination plane

The idea was to develop one plane that could handle a variety of tasks including rabbeting, cutting tongue-and-groove joinery, cutting dadoes and grooves, reeding, fluting, and others. The plane can handle these tasks by simply changing the blade. The challenge was to design the plane to accommodate these tasks without a lot of fuss and frustration setting it up.
Stanley Rule and Level Company produced hundreds of their No. 45 combination planes throughout the early 1900s. They were expensive then and even more so today. I purchased the one you see in the photos decades ago. It was purchased as a “user” and not a collectible, so it’s not the prettiest plane you’ve ever seen. But it works.
A combination plane is a tool you either appreciate or hate. Some find it difficult to set up. Others have learned how to overcome its fussiness and get a lot of enjoyment and great results using it.
Without getting into a lot of detail, the Stanley 45 uses blade with a notch on the upper end. The notch engages a depth adjustment knob on the main body of the plane. 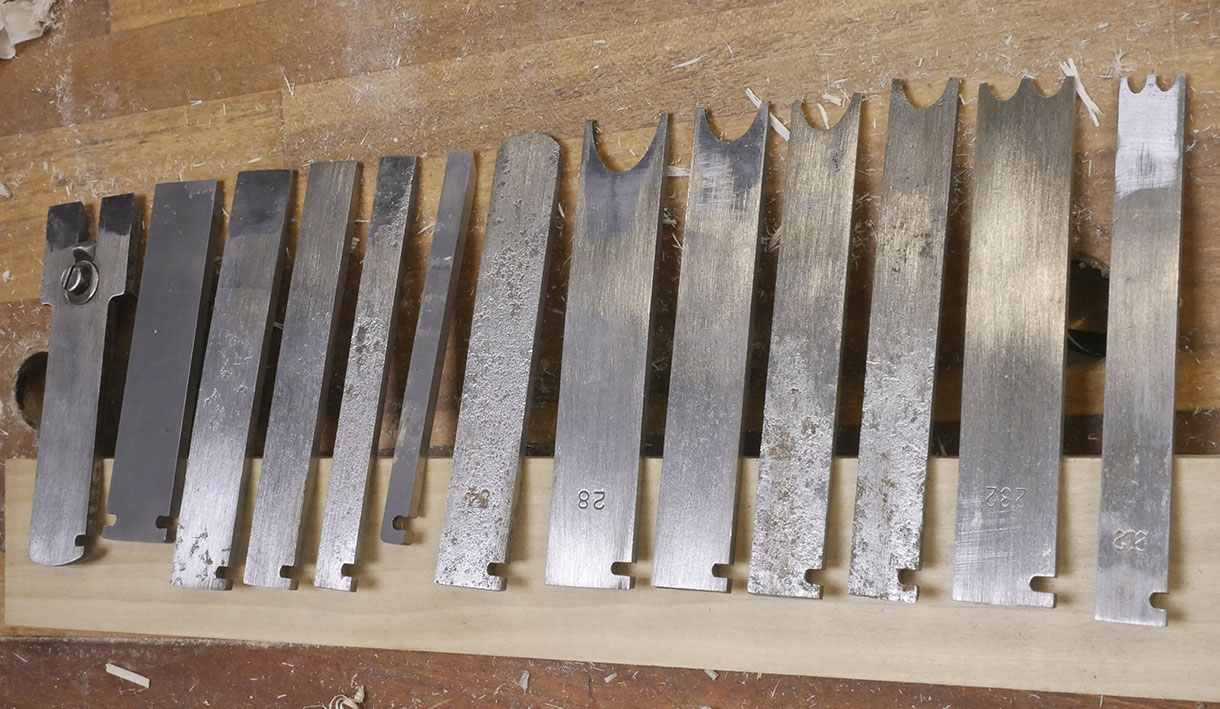 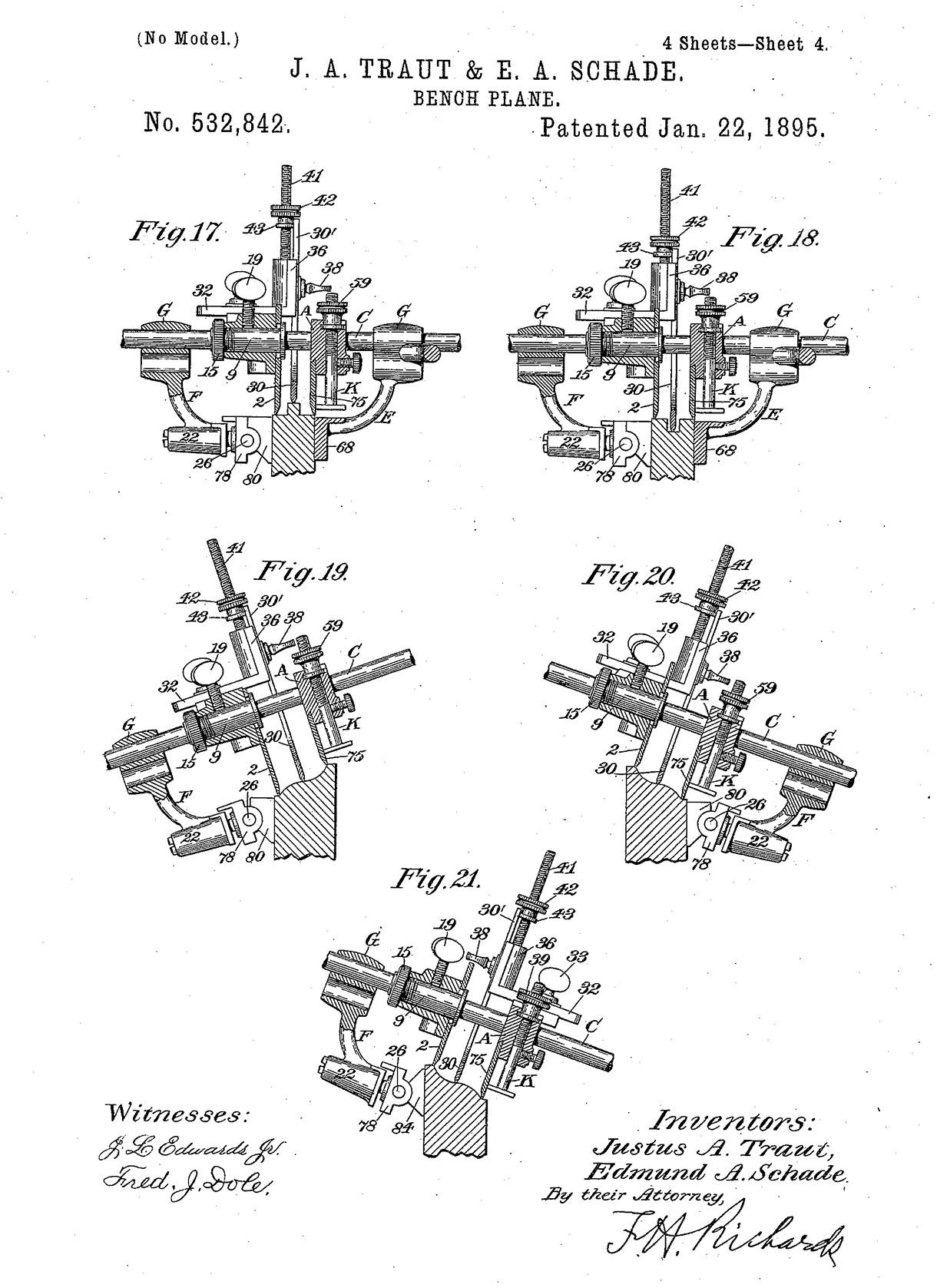 The New
More recently, Veritas decided to examine their collection of old combination planes and design their own borrowing some of the better features of the older planes. Of course, modern engineering and manufacturing process were in their favor to develop a combination plane that works as well as it looks. 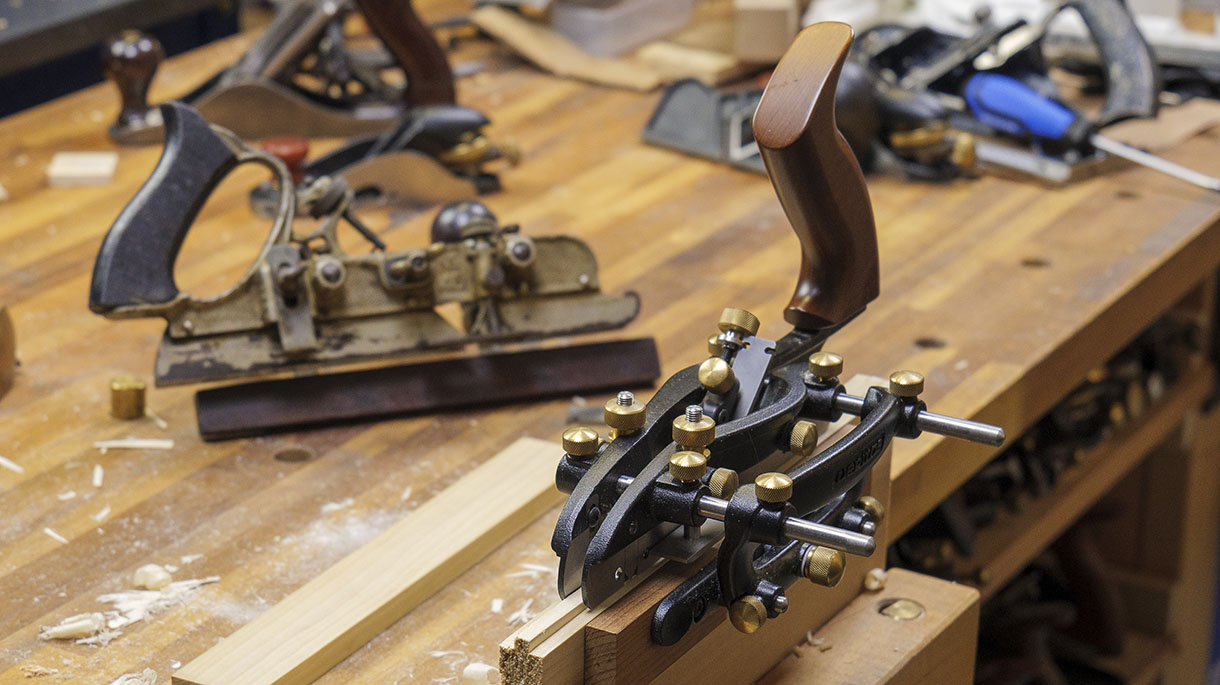 The Veritas combination plane incorporates many of the same parts as the Stanley 45, including the body, skate, and fence. And here’s the best part: It accepts my collection of antique blades purchased with my Stanley 45.
Veritas offers a wide selection of blades for their combination plane similar to the ones shown in the earlier photo, including blades for cutting rabbets and grooves, reeds, and flutes.
The question for many woodworkers who appreciate hand tools is, “Do I need a combination plane?” That depends on your budget, needs, and if you want to invest the time to respect its usefulness and versatility.
You can still find antique combination planes, some in better shape than others. If you’re shopping for one of these older planes, make sure all the parts are there. And there are a lot of parts. If parts are missing, the plane won’t be functional as it could be.
The Veritas combination plane is not inexpensive. It’s certainly an investment that will last for generations. The fit, finish, and functionality of the plane is unrivaled.
To be frank, until recently, my Stanley 45 has been sitting on a shelf collecting dust. But I’ve got some projects in mind where I can put it to use. I’m at the point in my life where I’d rather work with hand tools than use screaming, dusty routers when I can.
As for the Veritas plane, I’ll use it as well. Imagine cutting tongue and groove joinery with a tongue-cutting blade in one plane, with the grooving blade in the other. I think I’m in heaven.