The Gothic Style:
Steve Bisco explores what defines the Gothic style is and how it is depicted in architecture and furniture 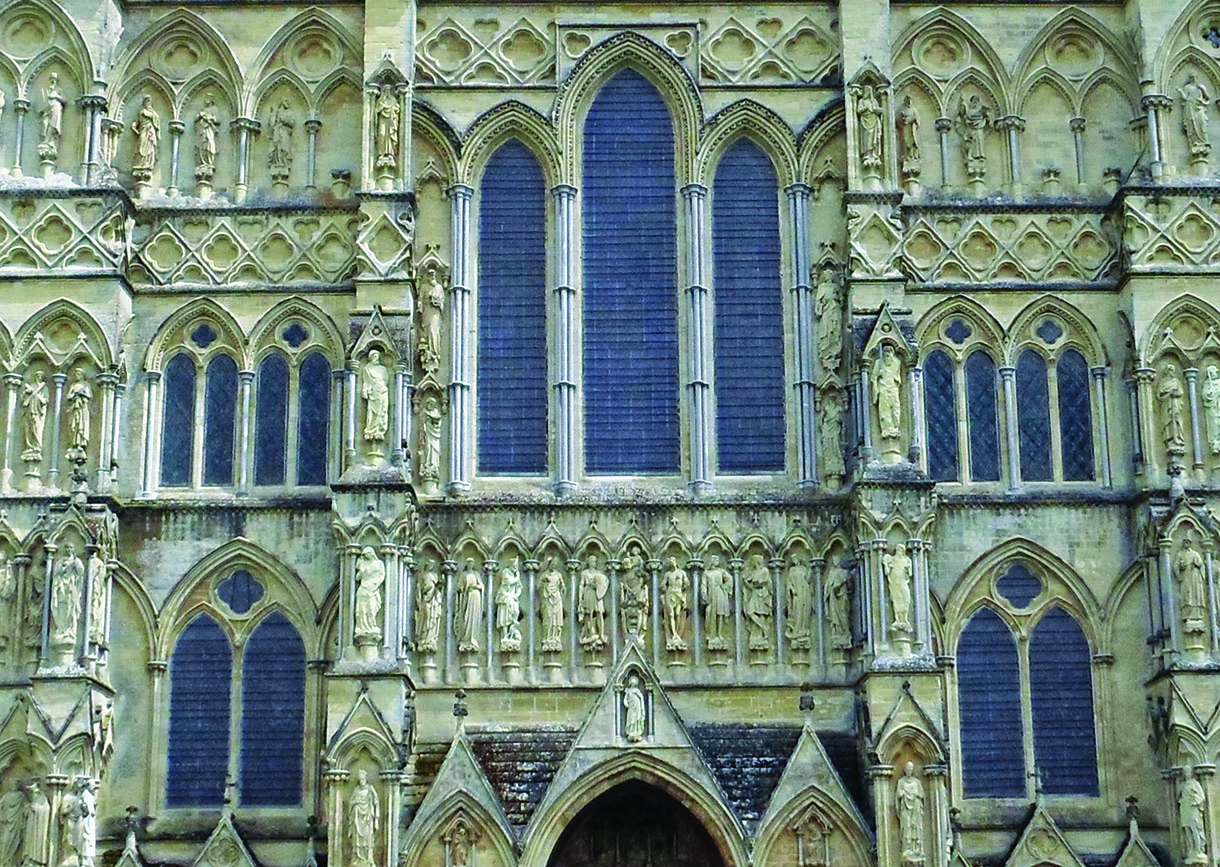 The Gothic style started around 1150 in France with the cathedral of Saint-Denis in Paris and spread quickly outwards across the realms of France, England and beyond. As well as having a distinct decorative style, it was a technological revolution in stonemasonry. Displacing the thick walls, stout columns and round arches of the old Romanesque style, the Gothic church had slim clusters of columns which soared skywards, branching out into slender stone ribs which met in the middle of the roof in high, pointed arches. The slim columns were braced by ‘flying buttresses’ on the outside to prevent the roof vault collapsing outwards. With this structural stone framework, the walls could be pierced with large windows and delicate tracery, flooding light into the interior.
During Gothic’s 400 years of domination there were inevitable changes in fashion, mainly in the tracery and vault ribs. In the Early or First Pointed period of the 12th-13th centuries the arches were quite pointed and the tracery and vaulting were fairly plain. 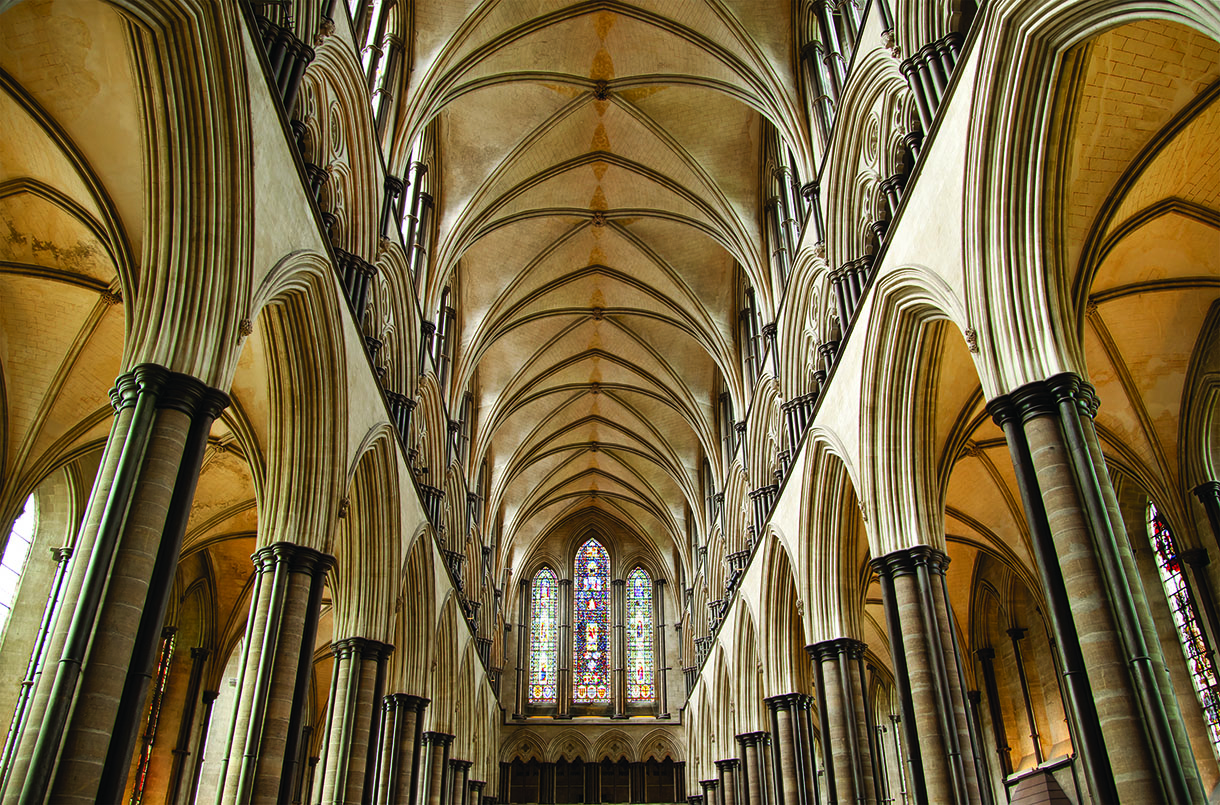 From the 13th-14th centuries, the Middle Pointed, or Decorated, period saw tracery and rib vaulting become more elaborate. In continental Europe it developed into Flamboyant Gothic. Some of our greatest cathedrals were built in this period.
By the 15th century English Gothic had entered the Perpendicular period (continental Gothic remained Flamboyant). Arches became straighter at the sides and much more shallow across the top, and window tracery became simpler again. But the arrangement of ribs in the ceiling vaulting reached its zenith with magnificent ‘fan vaults’ and carved ‘bosses’. Their shallow arches and dripping pendants seemed to defy gravity, and still do 500 years later.
Perpendicular Gothic continued through the Tudor period until it was gradually eclipsed by the classical Renaissance during the later 16th century. But Gothic went out with a bang with the most magnificent fan vault of all – King’s College Chapel, Cambridge, completed in 1530.
The Gothic style was almost totally eclipsed by the Classical styles for 250 years, but made a spectacular return with the Victorian Gothic Revival that dominated the 19th century – but that is another story. 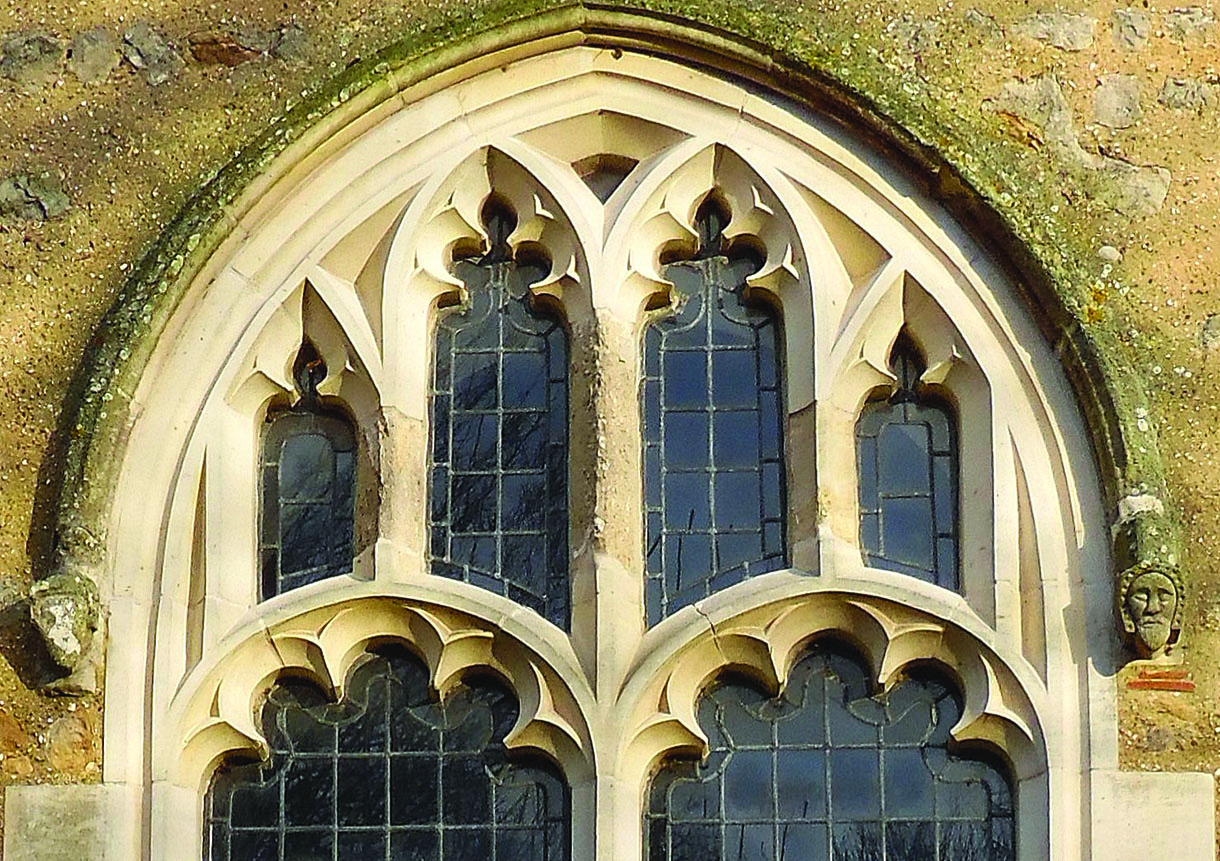 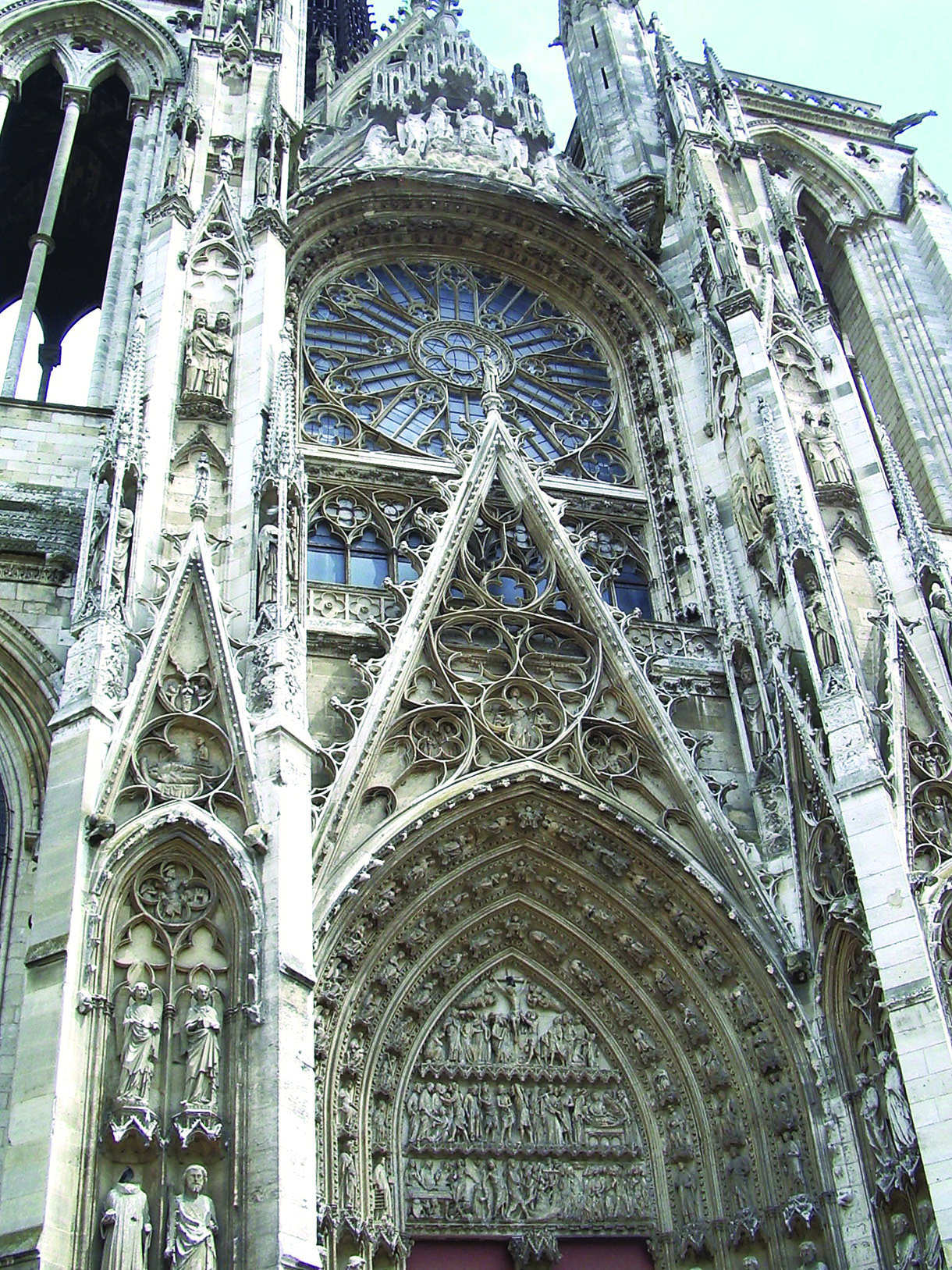 Gothic for woodcarvers
During the whole medieval period, carved ornament abounded in wood and stone. The wood used was nearly always oak, notable for its durability, but 800 years of decay, religious iconoclasm and WW2 bombing have taken their toll on the woodwork. Much of our inspiration for Gothic woodcarving today often has to be taken from the surviving carved stonework of ceiling bosses, capitals, corbels, fonts and memorials.
But there is still original Gothic woodcarving to be found if you look for it. To find it, take a seat. Seating in churches is usually made of wood, and much of it was decorated by carving. Misericords are little flip-up seats used by clergy and choir members to rest a little while standing. On the underside they are frequently decorated with grotesque, amusing, and even quite rude figures that are popular subjects for woodcarvers.
At the ends of the pews in older churches you will often find decorative finials carved in the popular ‘poppy-head’ design or other forms, including the occasional figure that escaped the Puritan iconoclasts in Cromwell’s time.
For original medieval Gothic woodcarving you will need to seek out old churches in Britain and Europe, but in 19th-century churches in the Old and New World you can often find a wealth of Victorian Gothic carving, which is usually based on medieval Gothic.
But you don’t have to go travelling to find it. Pugin’s Gothic Ornament is a collection of drawings of authentic medieval ornament copied mainly from churches and cathedrals in England and France. It was produced in 1828 by AC Pugin – father of the more famous AWN Pugin, shining star of the Victorian Gothic Revival.
It is still in print today from Dover Publications (www.doverpublications.com) and is an excellent source of Gothic detail for woodcarvers. 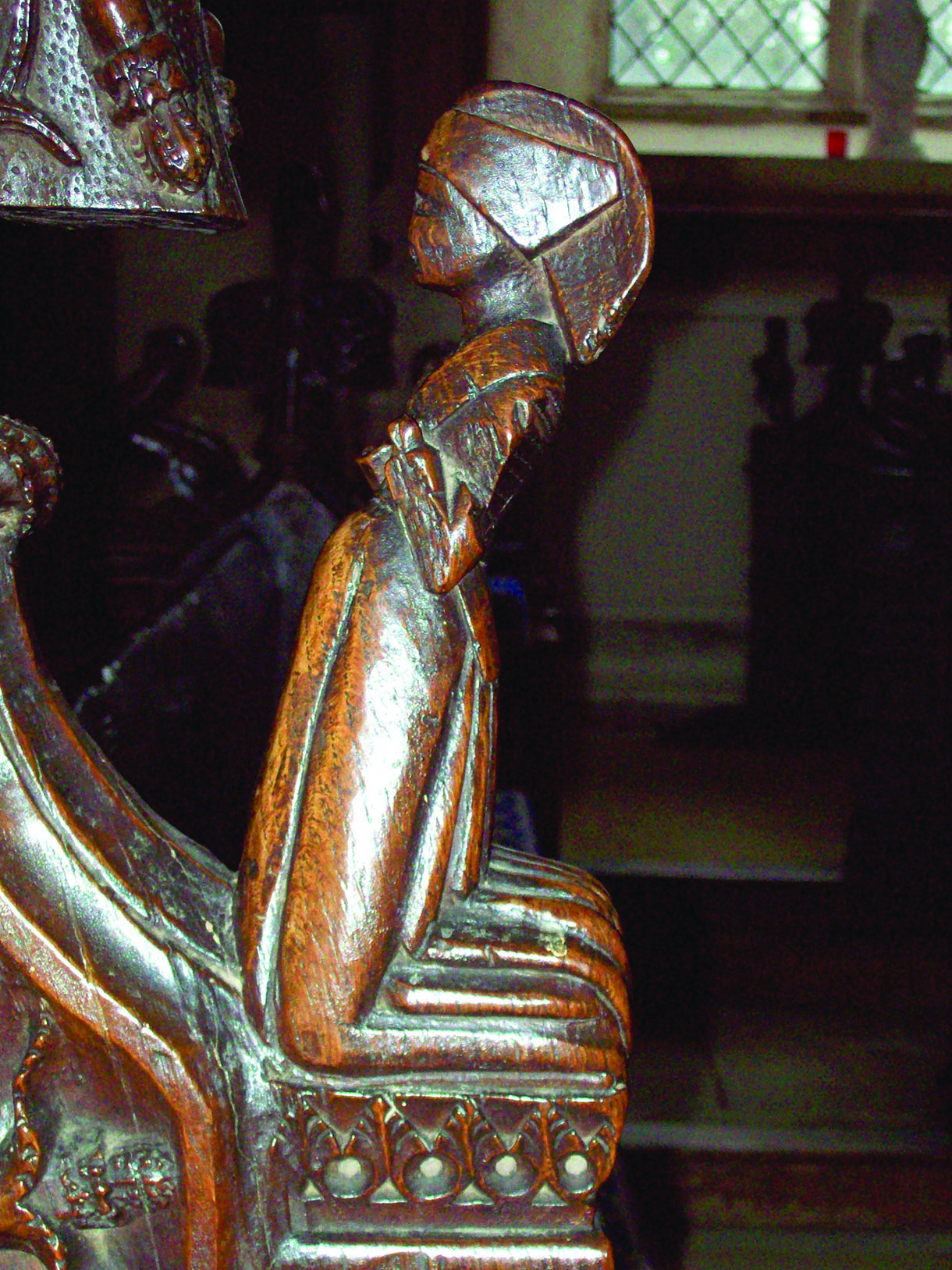 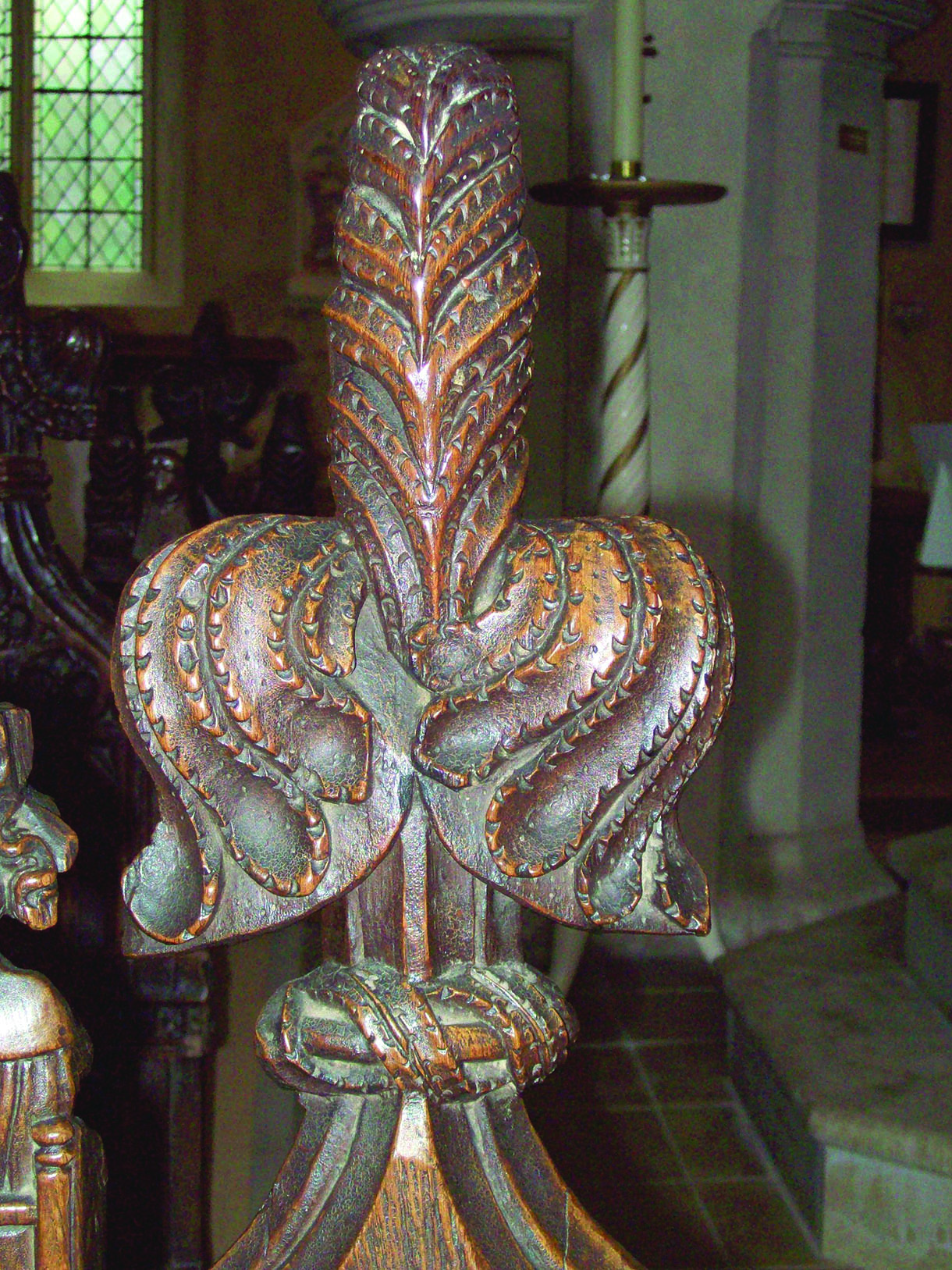 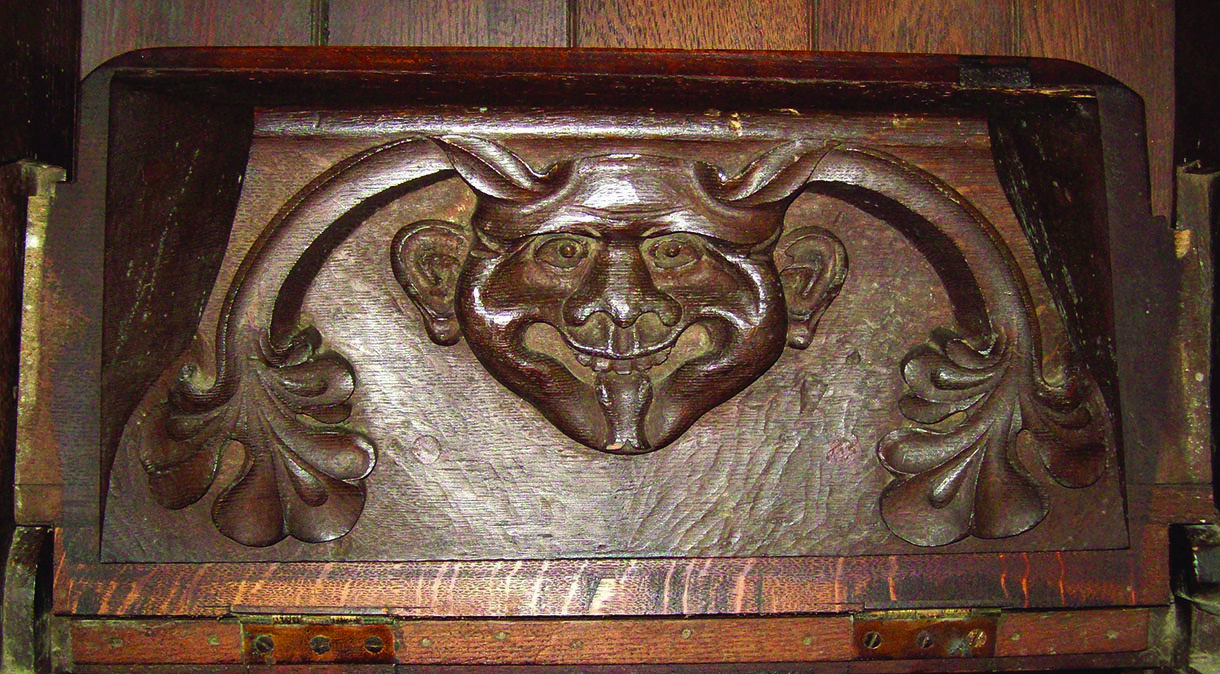 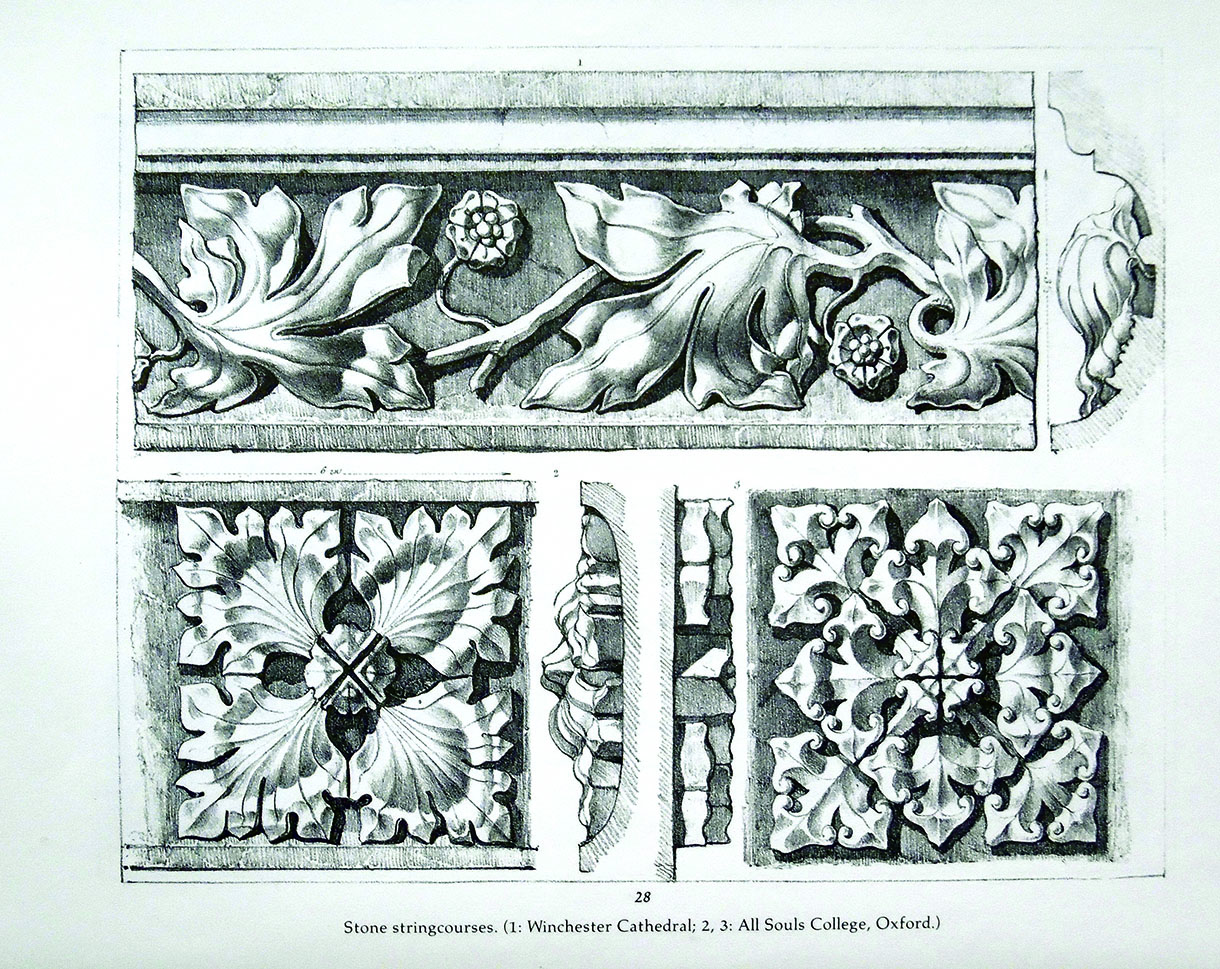