A Word on the Die Maker’s Square 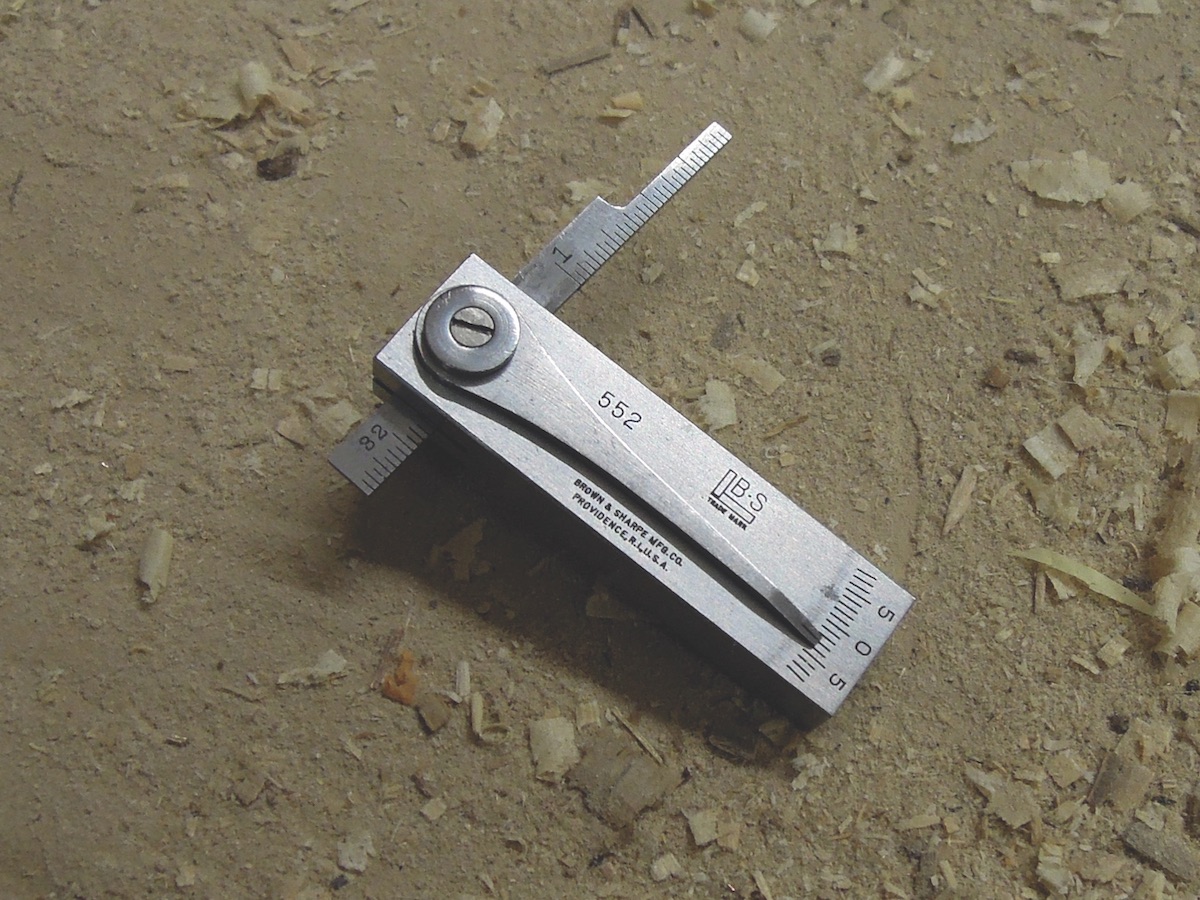 Oliver Sparks explains the possible applications for this specialist tool

I would like to share a specialised tool that I find very handy in my work as a planemaker, one that also has wider uses in cabinetry. Traditionally an engineer would use his die maker’s square to check small clearance angles on industrial punch tooling, known as dies. This square differs from its cousins by featuring a tilting, lockable blade with an angle indicator on the stock. Its blade is extended to the required length, the angle set, then locked down via a knurled thumbscrew. Mine is about 80 years old, picked up on an online auction site. It has a +/- 8° range, so it will never replace the protractor, but for accuracy in a tight spot, it can’t be beaten. Uses Obvious uses that spring to mind are dovetail related, such as the dovetails I use to join my plane bodies together with. A layer of blue layout dye is applied to the metal surface, so that when I start scribing, a bright line shows through. A useful method to know next time your furniture hardware needs altering! Opposite you can see me laying out dovetails onto steel. Later these will form the sides of a block plane, similar in size to my Arc model, shown in the background. Once the dovetails are sawn and filed into shape, I can change the angle back to 90° and check in between for squareness. For tight spaces the thinner, notched end can be used. While this example may be in metal, you can see how easily this method could be applied to your own woodworking pursuits. The other day I found myself checking the 3° ‘draft angle’ on a lever cap pattern. A pattern is the near replica of a shape you
would like to cast in metal. Special sand is packed tight around the pattern, which is then removed, leaving behind a shaped cavity into which molten bronze is poured, forming the finished metal part. Tapered sides allow it to be easily extracted without damaging the delicate sand mould. It could be argued that many of these tasks can be carried out with a sliding bevel and protractor, and indeed they can, but I often find the die maker’s square a more agile tool for smaller scale work. Also, being able to fully retract the blade can be a huge advantage, it enables you to enter places a sliding bevel can’t, such as checking the depth, or angle on a sliding dovetail. All in all, a most useful addition to the workshop. 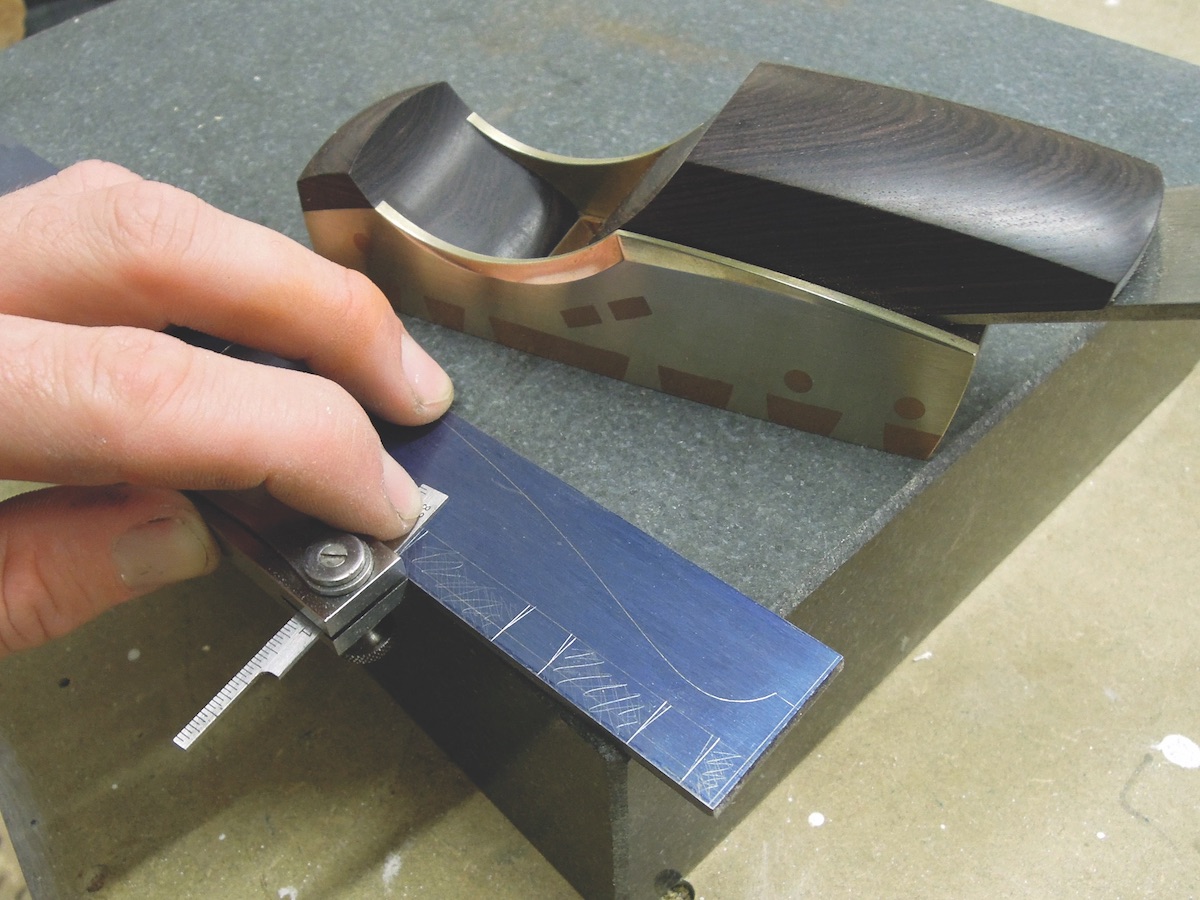 Laying out dovetails onto steel 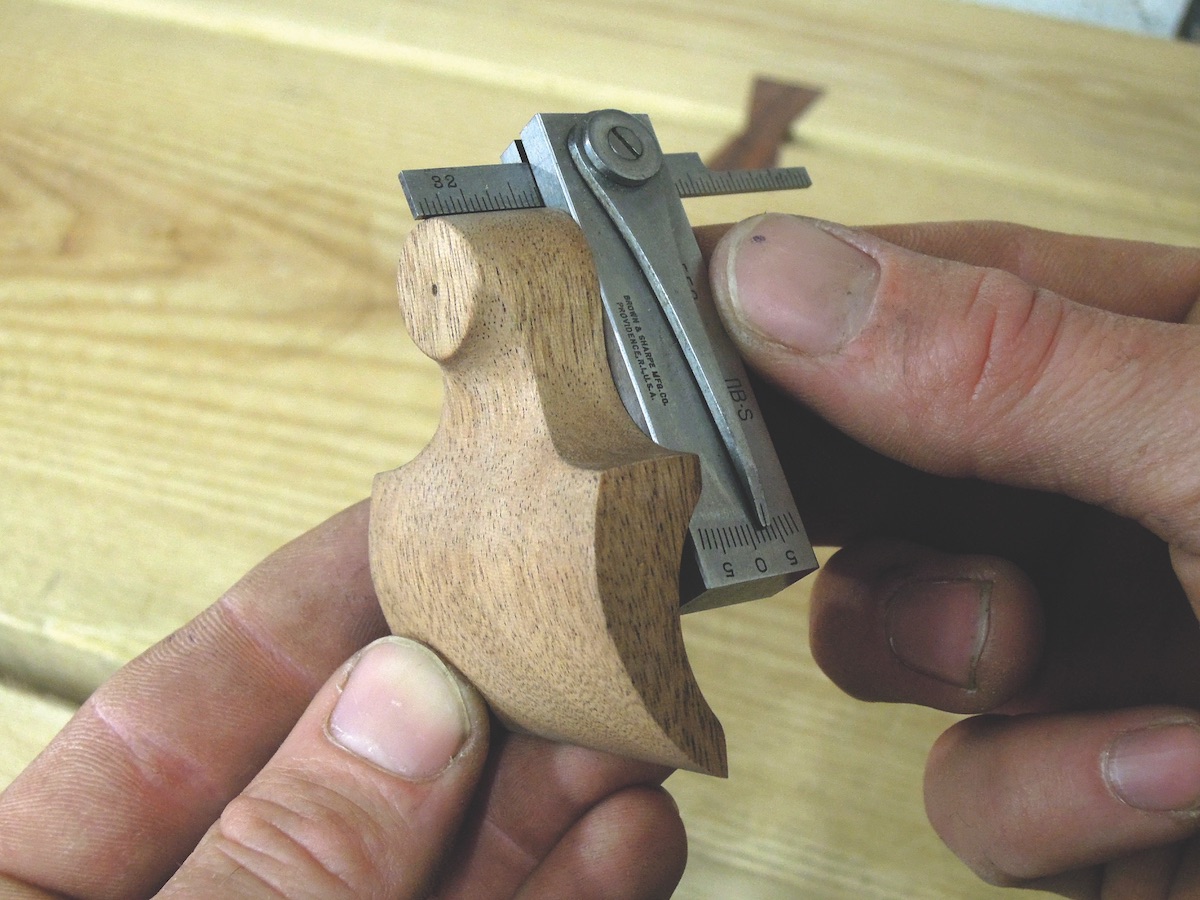 Checking the draft angle on a lever cap pattern 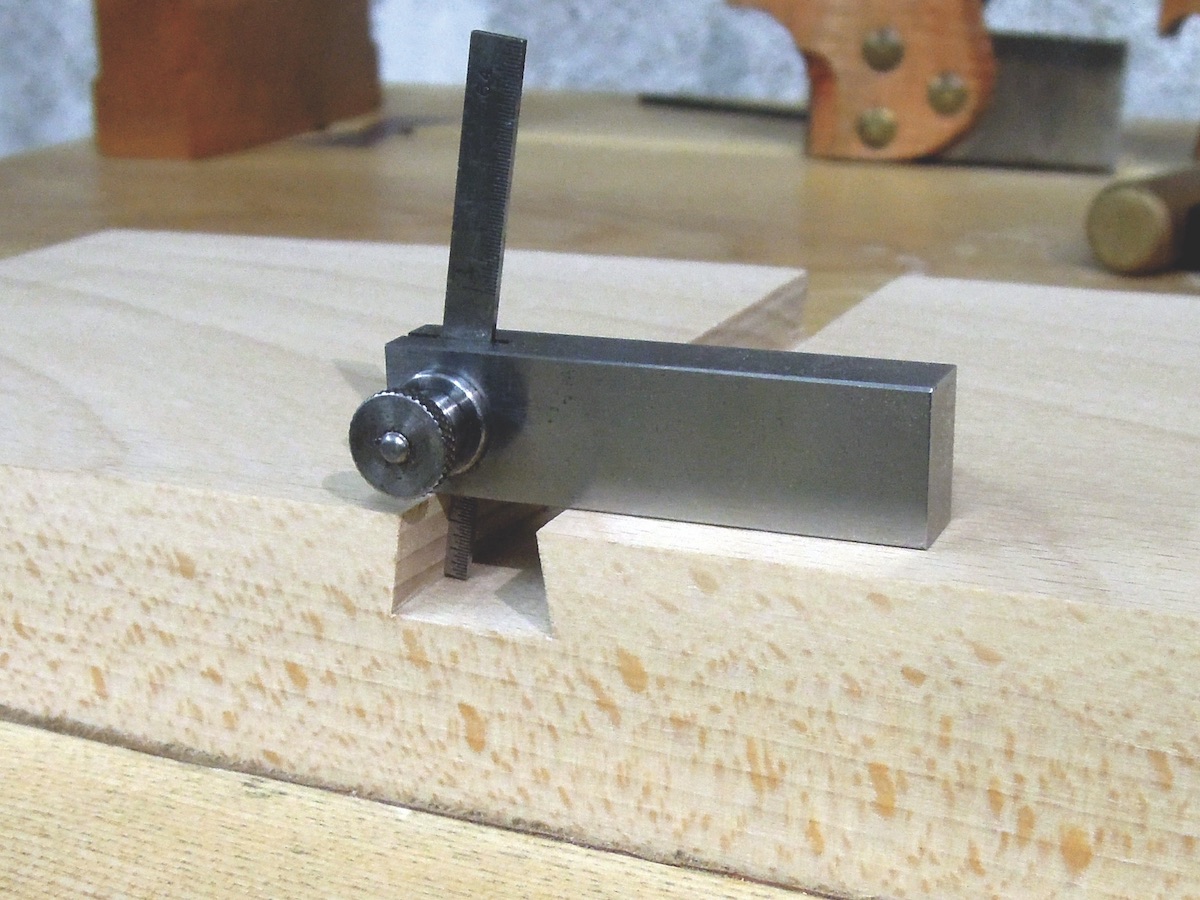 Checking the angle on a sliding dovetail