In My Workshop with John White 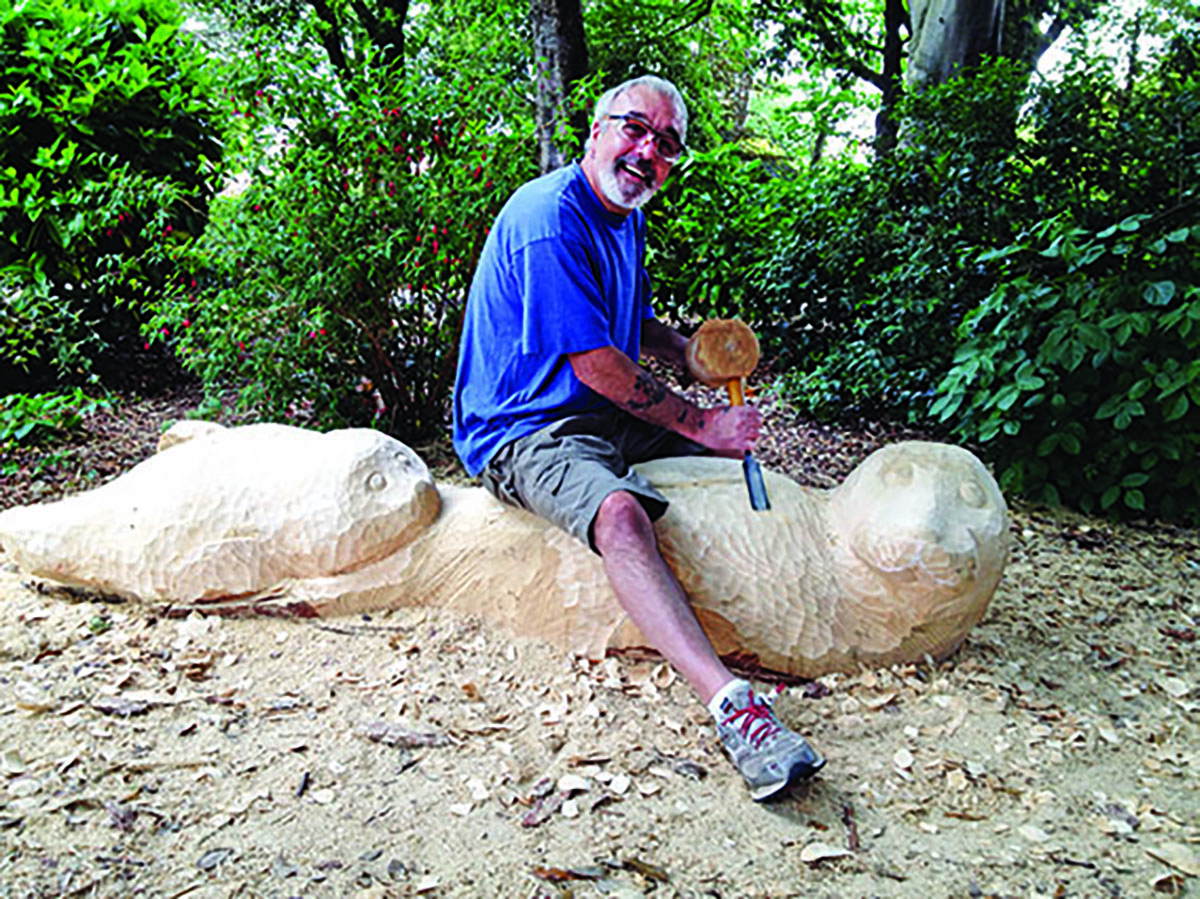 WC: When did you start to carve?
JW: I started carving around 1984, then some years later I had a lucky escape from my job at, what was then, British Rail. This enabled me to concentrate on retraining. My father-in-law, Bill McGuire, was a ship’s carpenter and gave me my first three carving tools. I eagerly hacked away at a lump of wood and quickly realised I needed help. I was fortunate to befriend some local woodcarvers, including my old school teacher, Bill Downing and a classically trained sculptor Richard Benbow – both are unfortunately no longer with us. I have one other teacher, Jack Smith, who is still working. It is nice to know that if you get stuck, there is someone who can give you a bit of advice.

WC: What made you continue carving?
JW: The encouragement of my wife Carol and my teachers, they could obviously see something I couldn’t. As I became more adept I moved into copy carving for the antique trade and it was the challenge of this that inspired me. It was only in the past few years I learned that my great-grandfather was a journeyman woodcarver and gilder, who moved to Liverpool from Padstow in search of work. This encouraged me even more to continue carving.

WC: What inspires you when you carve?
JW: The wonderful work of other craftspeople that I come across when researching commissions. I am enthused by other people’s work, whether it is a painting, carving or metal work.

WC: What are you currently working on?
JW: I have a few projects in the pipeline but next on the bench, or should I say stout trestles, is a 4 x 1m x 57mm double-sided sign for one of our local parks. It will be made from oak (Quercus robur) and will depict the old railway that used to run along the Wirral Way. The next project will be a metal and wood sculpture for a client in Scotland.

WC: Which tool wouldn’t you be without and why?
JW: All of them! If it’s a larger piece of work it will be my 50mm Alongee – having just had it replaced by Ashley Iles after breaking my original – and my trusty mallet, which is just about worn in after 20 years or so. At the bench, a skew chisel and a double-sided knife, made for me by the late Mike Komick.

WC: Which is your preferred style of carving and why?
JW: Pierced, as I really like the feeling of freedom and movement this style of carving creates. I think it’s also a nice process for intermediate students, as it can help to develop the 3D aspect of carving, it can also be used to explore the building-up process. Having said that, my preferred style would always be whatever is on the bench at the time.

WC: What do you think has been your biggest carving achievement?
JW: Staying in the business this long and having such a varied client list. I have been very lucky in the support and encouragement I have had. I have met and been inspired by some wonderfully talented and interesting people.

WC: Whose work do you most admire?
JW: Firstly the work of my teachers and my father-in-law Bill, who encouraged me to keep going whatever mistakes I made. Bill Downing for his expertise in musical instrument making, Richard for encouraging me to carve large works by hand and Jack for his insistence on fine detail. Chris Pye, as I like the honesty of his work. The late American sculptor Frederick Hart, as his work was stunning and he was never truly recognised for it. Anybody’s work that inspires me to look into it and not just at it, whatever medium they are using. 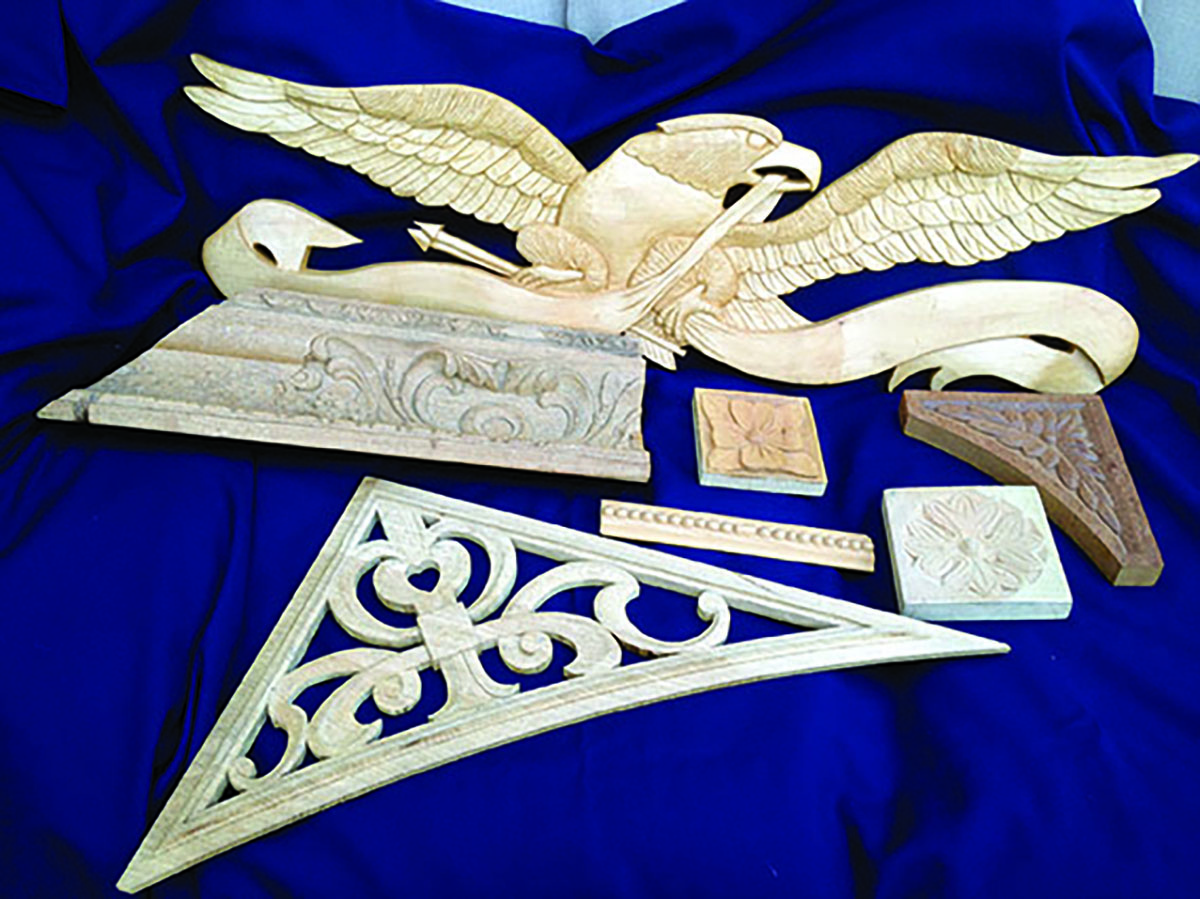 Selection of traditional carvings, eagle and ribbons and architectural pieces in oak

WC: If you weren’t a carver what would you be?
JW: A blacksmith. While I was training as a carver I also learnt smithing with the late Hamish Miller, a recognised Cornish smith. I would have loved to be a farrier, but the training costs put it out of reach at the time. I set up as an ornamental smith in a local country park but the carving started to pay off, so I went with that.

WC: Who would you most like to carve for?
JW: The Dalai Lama.

WC: Describe the view from your workshop/workbench.
JW: To my right is my motorcycle – a BMW 650 GS Dakar, for all you bikers – and to my left a small CNC engraver. In front of me the work at hand. If I need a change of scenery I can step from the workshop into our conservatory and admire my wife’s hard work on our garden.

WC: What do you listen to while carving?
JW: Anything from AC/DC to Tibetan Mantras and sometimes silence is just enough.

WC: What are your interests outside of carving?
JW: I have a big love of motorcycles and horses, one extreme to the other. I enjoy travelling, running, dowsing and spending time with my grandchildren. 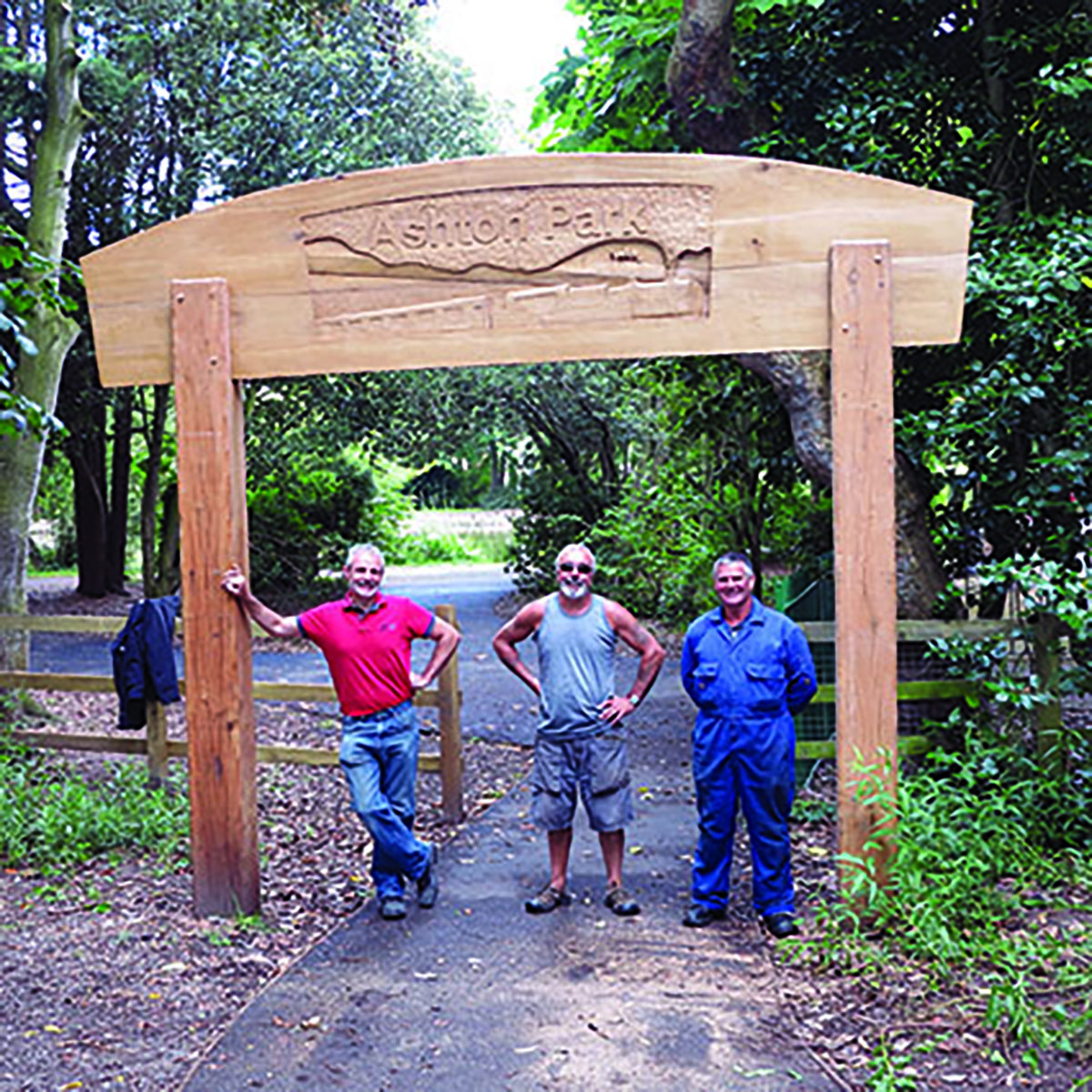 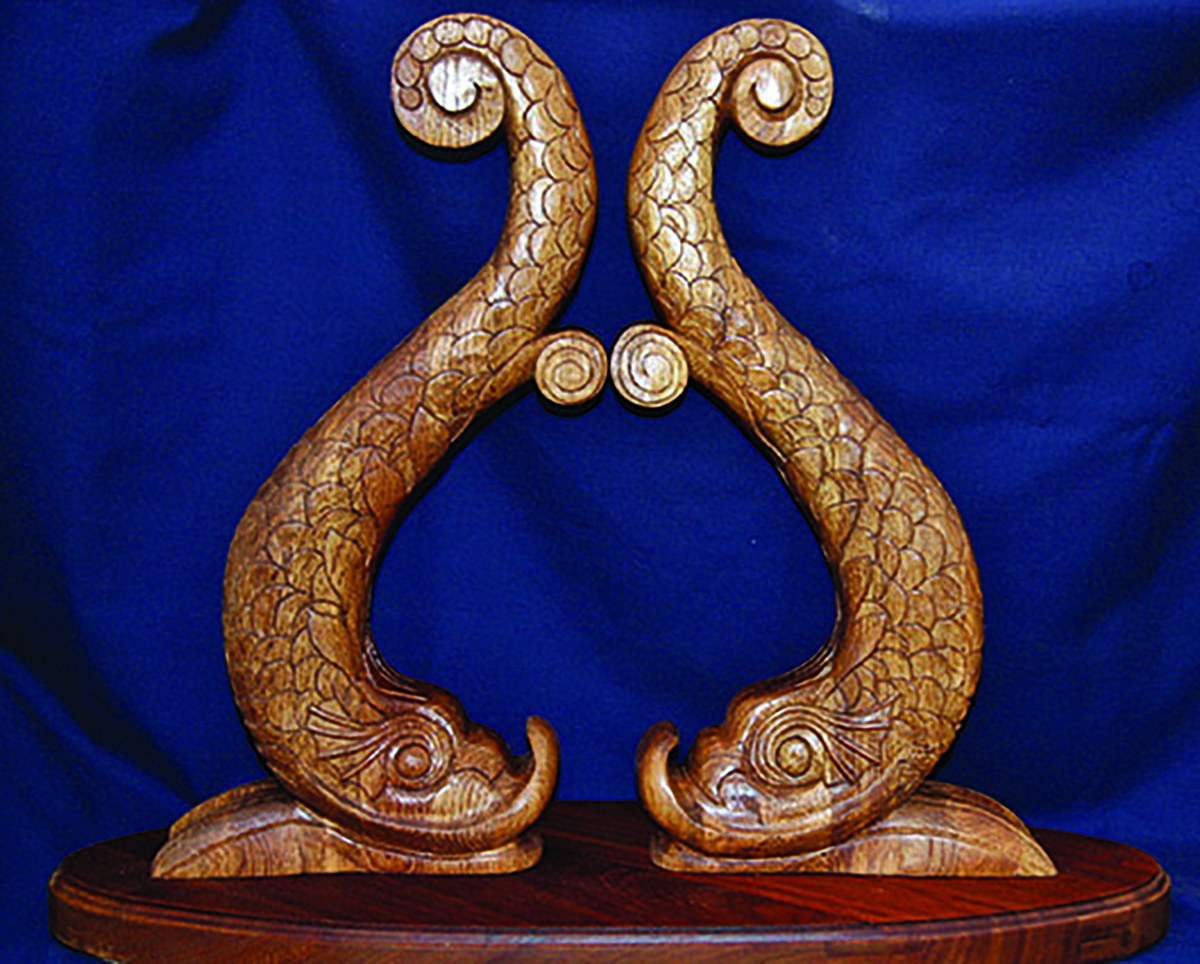 A pair of nautical dolphins in oak