Standup Vice:
How many times do you have to bend down to cut accurate joints? You don’t have to, if you build a ‘standup’ vice like Colin Sullivan’s design… 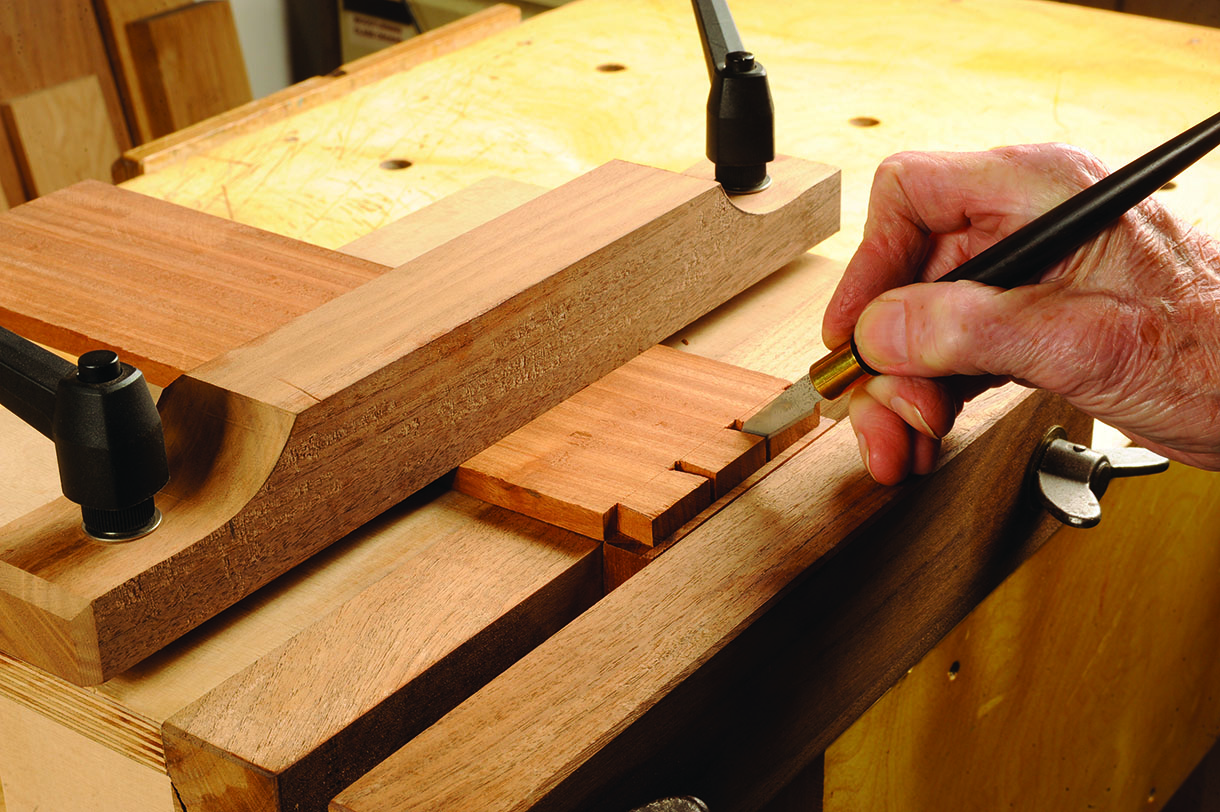 How many times do you have to bend down to cut accurate joints? You don’t have to, if you build a ‘standup’ vice like Colin Sullivan’s design… 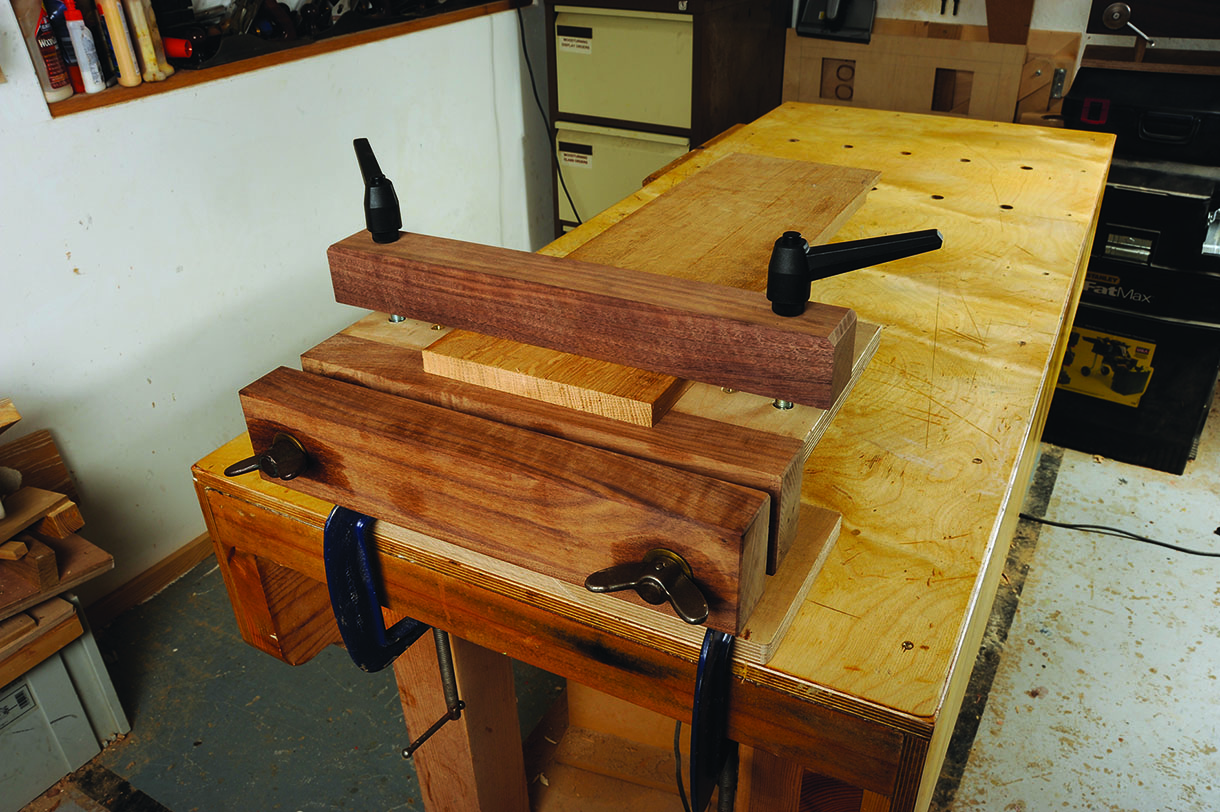 This simple bench top vice allows you to do fine work, like dovetail cutting, at a more sensible height than a conventional bench vice. With the work raised it is much easier to saw accurately and follow the marked lines of joints, I believe this jig will help you achieve a better result with your joints.

Construction details
It can be made from any hardwood offcuts lying around the workshop you may have been saving for jig making. I used walnut leftovers for the vice jaws and 18mm birch ply for the top and the underframe. The two screws are salvaged from two old 150mm G-clamps that were no longer used, they turned out to be ideal. I began by cutting off the pressure pads at the end of the screws to release them from the clamps and then sawing off the threaded part of the cast-iron G clamp to act as receiving nuts. I had to decide how wide I want the vice to be, 230mm between the threads was ample for the work I do, but you may want to make it wider. The renowned Moxon vice is very good, but enormous and very heavy, for a jig that is only used occasionally. I marked where I wanted the screws and then clamped the jaws together, drilling a hole through both pieces big enough for the G clamp screws to pass through. I then counterbored and fitted the two nuts flush with the back of the jaws. 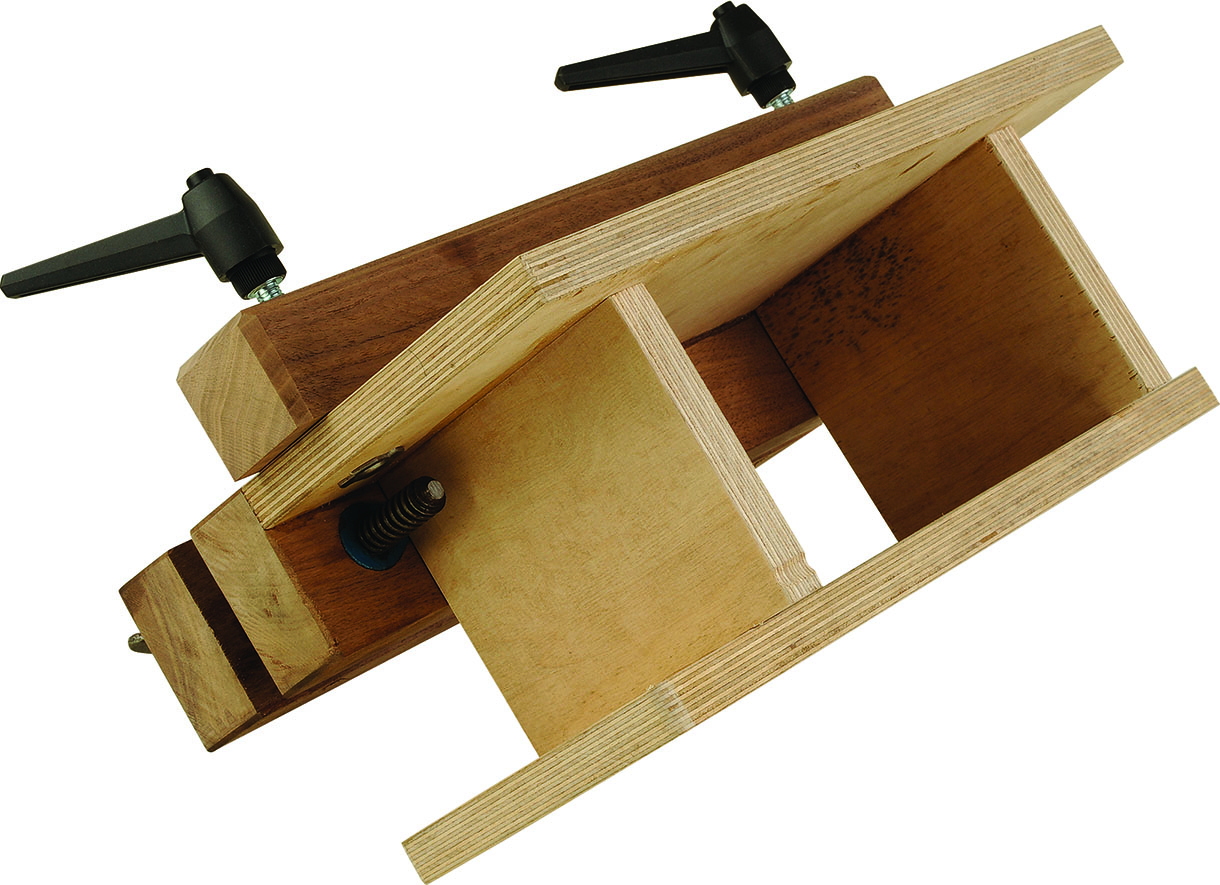 A rear view showing the simple construction of the vice

Two plain bushes as shown on the drawing hold the front jaw in position for opening the vice. Even the Moxon vice does not have this and you have to withdraw the front jaw each time you open the vice I believe. Now the jaws were made and working, I fixed the top piece of ply flush with the top of the rear jaw using biscuit joints between the two, then glued up and checked the face of the jaw was square and flush to the top panel. After the glue had set properly, I put the front jaw on using the two G clamp screws and planed the vice off flush to the top panel. One piece of 18mm ply was needed for the baseboard, this is used for clamping the whole vice to the bench top. The two upright pieces of 18mm ply were cut to approximately 130mm high although it isn’t critical. All the components were then glued and screwed together as shown on the drawing. The clamping bar on the top panel is 45 x 45mm in section and held with two 10mm diameter threaded Bristol lever screws into two 10mm star sockets driven in from under the top. 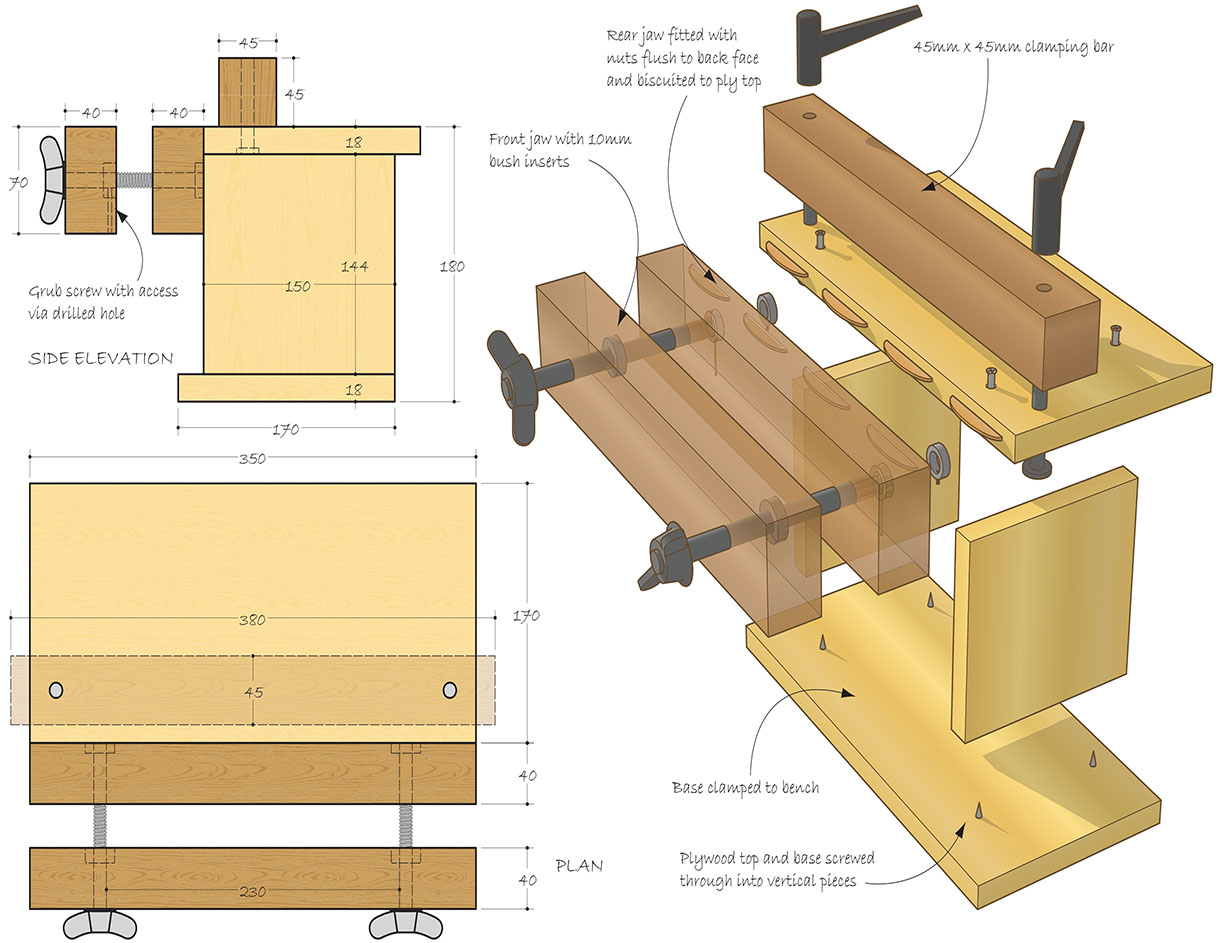 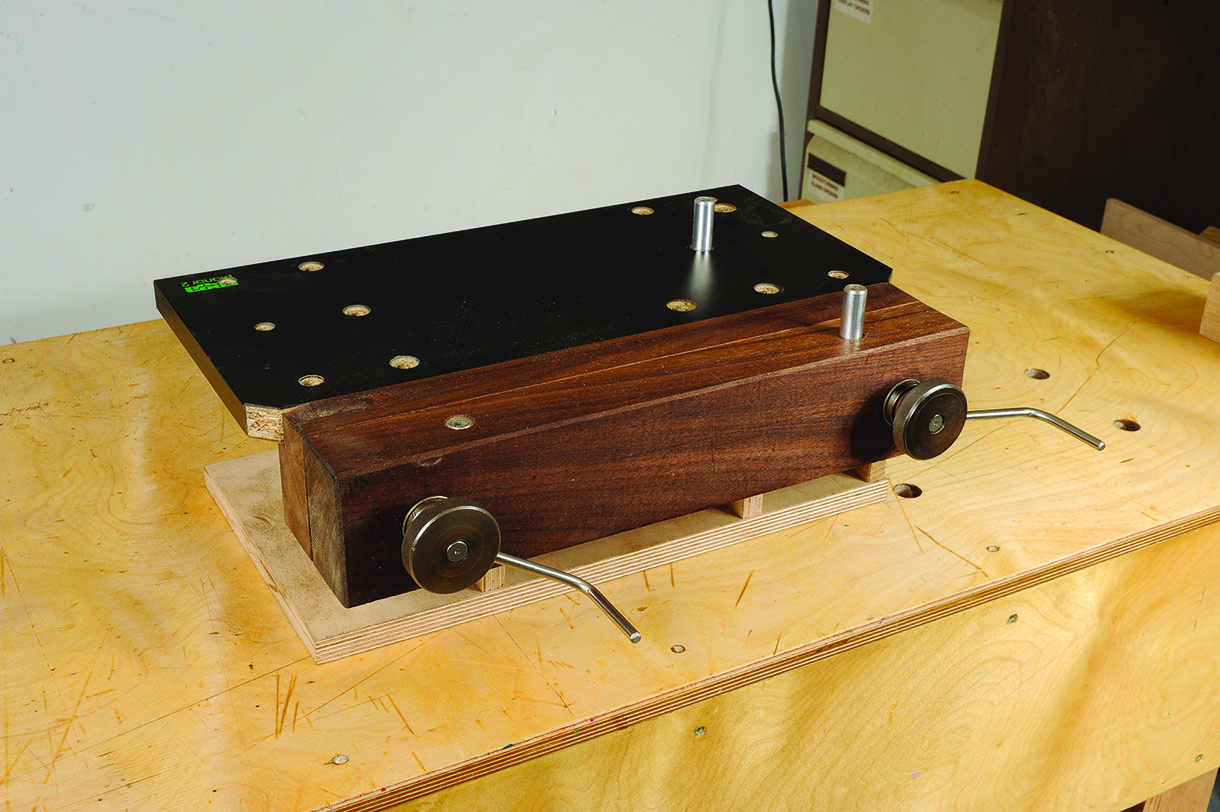 Vice uses
Clamp the vice to the top of your bench to begin with and put a piece of wood in vertically about the size of a drawer side and make a few cuts on the end to get a feel of this new raised position for sawing. The clamping bar can be used for holding the work when marking the pins against the tails when dovetailing and the square face of the bar can be used to pare up against when making the pins and tails. It is also useful for holding quite thin pieces of wood to plane edges. If you think this is worth making and using we would like to have some feedback about how useful you found it.