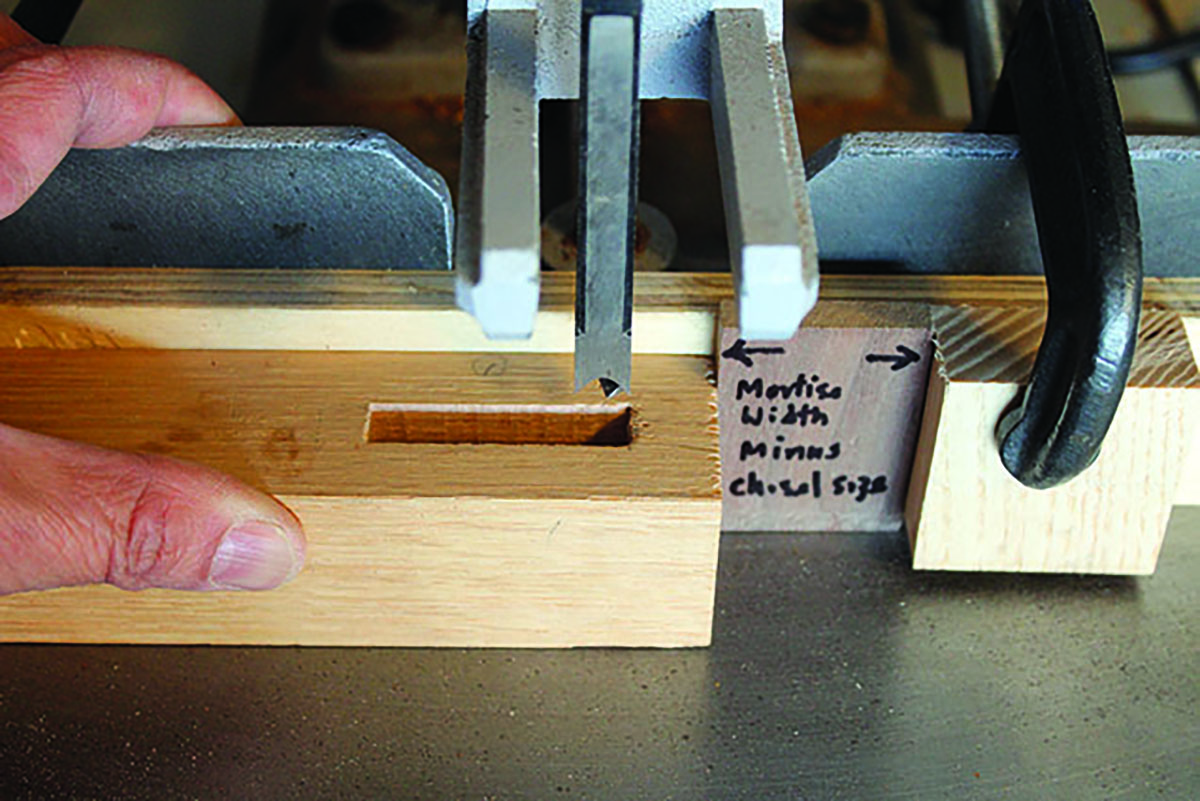 Over the years, I have used or developed many tricks or shortcuts on my shop machines for quicker, more accurate or more precise results. Here are four of my oft-used machine tricks that will likely make your machines work both harder and smarter, too.

Drilling stopped holes with precision
The depth gauge on my drill press isn’t very useful to me for two reasons. First, the depth scale is metric and scond its zero mark is not set relative to the workpiece on the drill press table when non-through holes are bored. But I learned a simple solution from a machinist to overcome such deficiencies. Instead of the depth gauge, use a steel rule that can be set to a relative zero.
The calibration takes three simple steps:
1. Attach a rule – imperial scale in my case – with a magnet over the depth gauge on the drill press.
2. Lower the bit until the cutting edge is flush with the surface of the stock.
3. Move the rule down to align its zero mark with the depth gauge pointer. Once calibrated, raise the bit, position the workpiece and bore the blind hole until the pointer points to the desired depth on the rule. 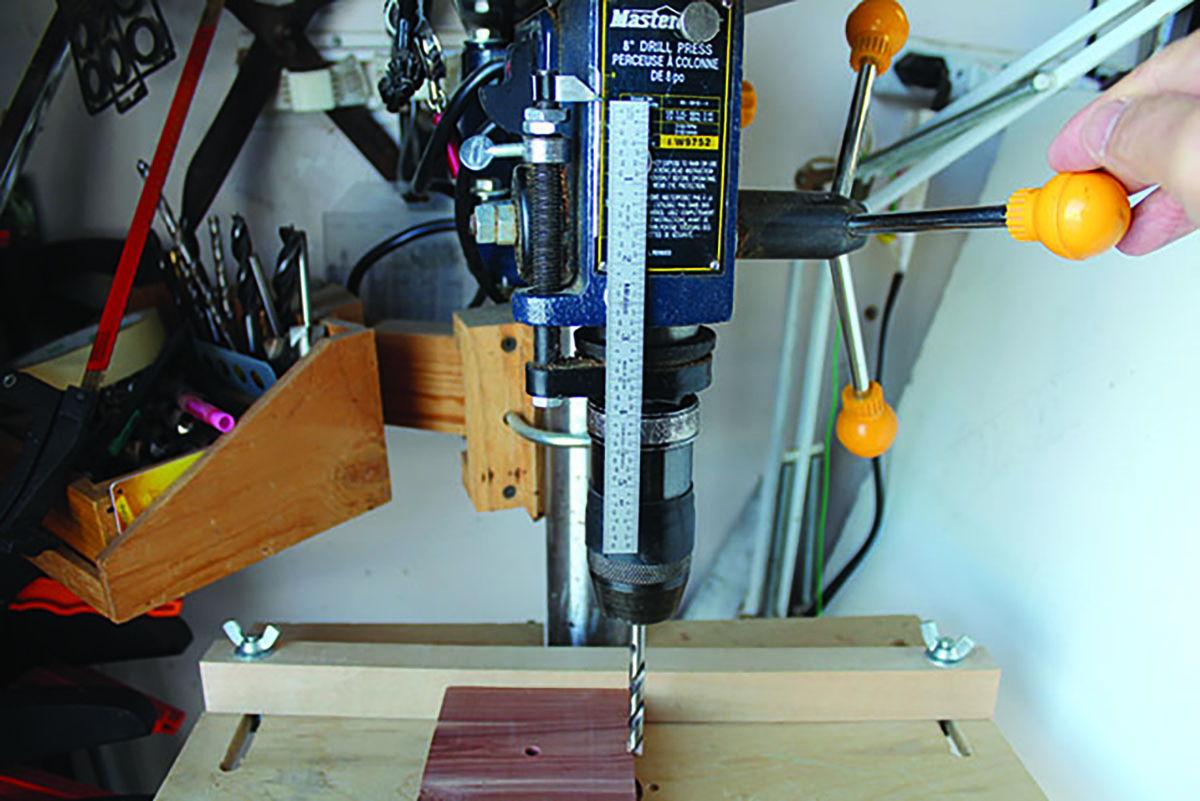 With the rule in place, lower the drill until the bit touches the stock and align the zero mark on the
rule with the depth pointer 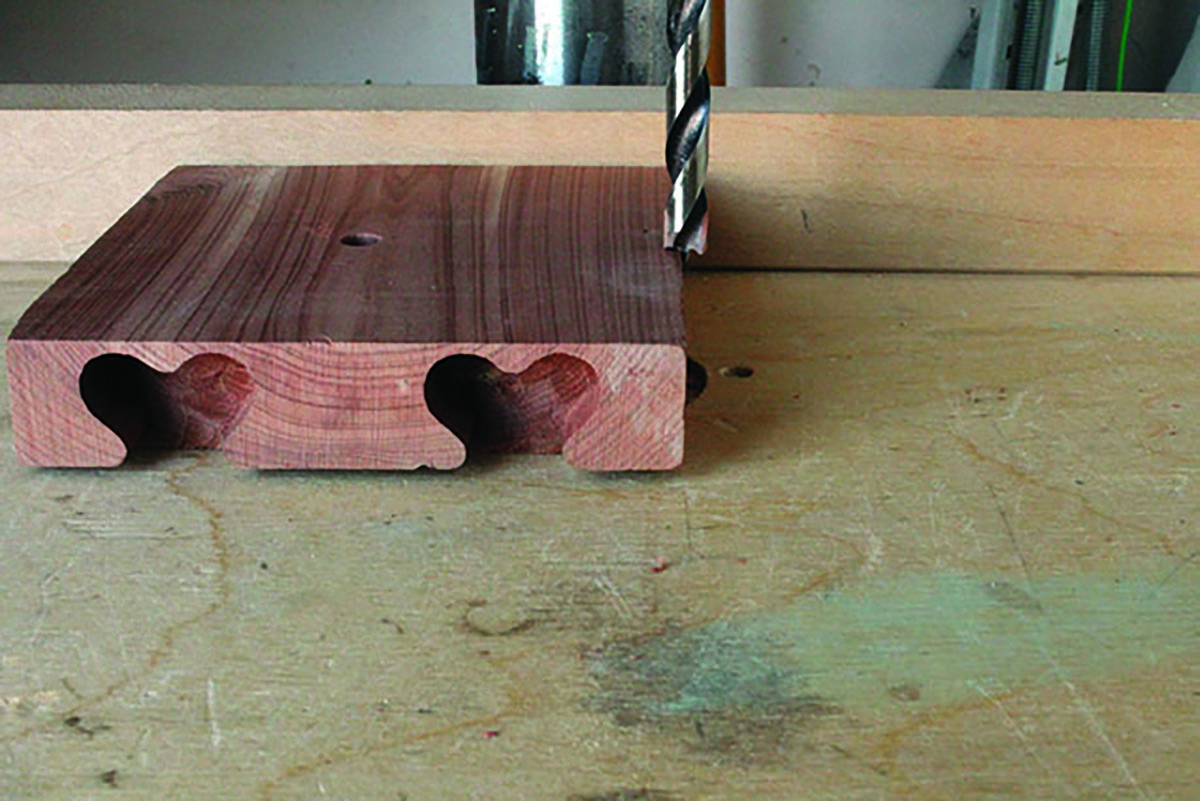 When setting the zero mark, make sure the cutting edge of the bit, not the spur, touches the surface
of the stock

Making precise mitre saw cuts
My mitre saw has no laser guide but I have been making laser-like precision cuts without the need for tedious trial-and-error test cuts. The trick lies in the use of a spacer, or a gauge block, and the method works for any length of stock as long as it is not shorter than the gauge block, which is about 60mm long. To make the gauge block, cramp a long board – say, 50mm wide and 300mm long – on the right fence of the mitre saw, with about 60mm of the board on the left fence. Use a sharp knife and score  a line on the left fence carefully following the block’s left end. Then saw off the board and the shorter cut-off is your gauge block. To saw precisely to a marked cutline of a workpiece, position the workpiece on the mitre saw so that one end of the gauge block aligns with the scored line on the fence and the other end aligns with the cutline. Remove the gauge block and you are ready to make the precision cut. If you lose the gauge board, slide a board up to the scored line on the fence and cut a new gauge block. If you ever move the fence, you can simply use the gauge block with the blade in the down position to reset the fence to its proper position. 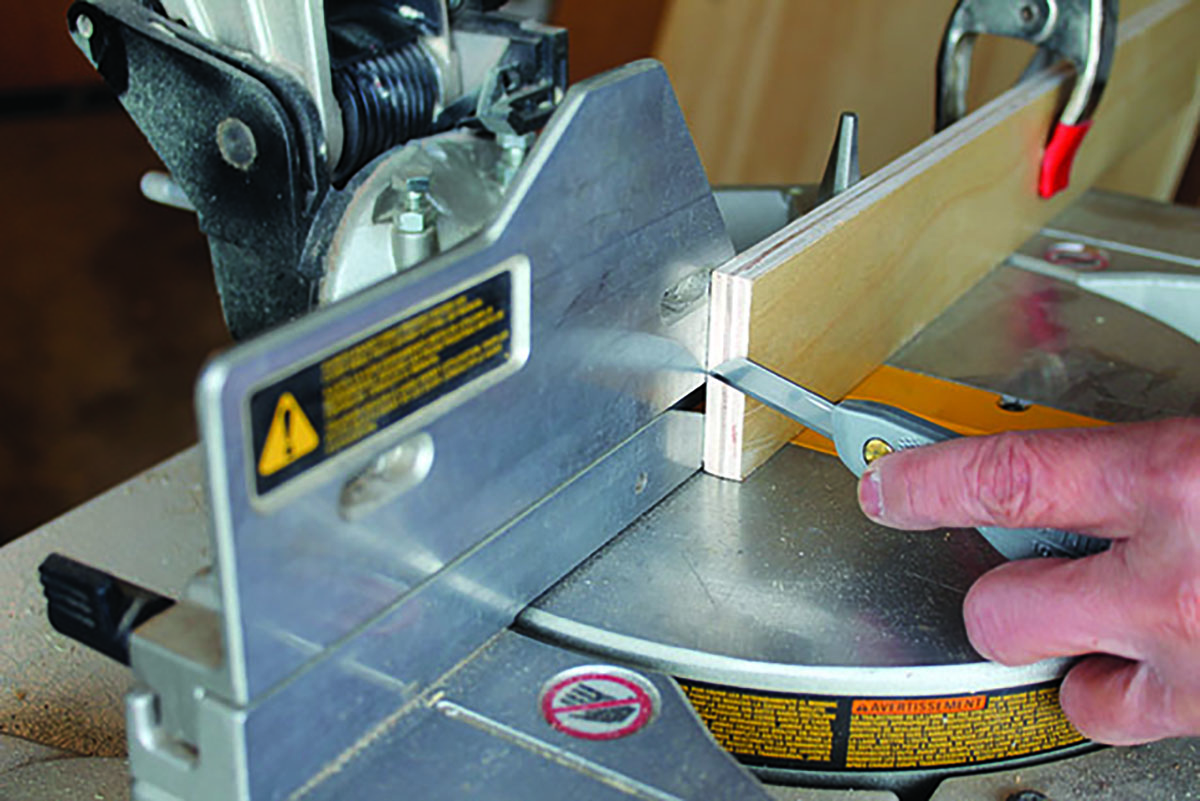 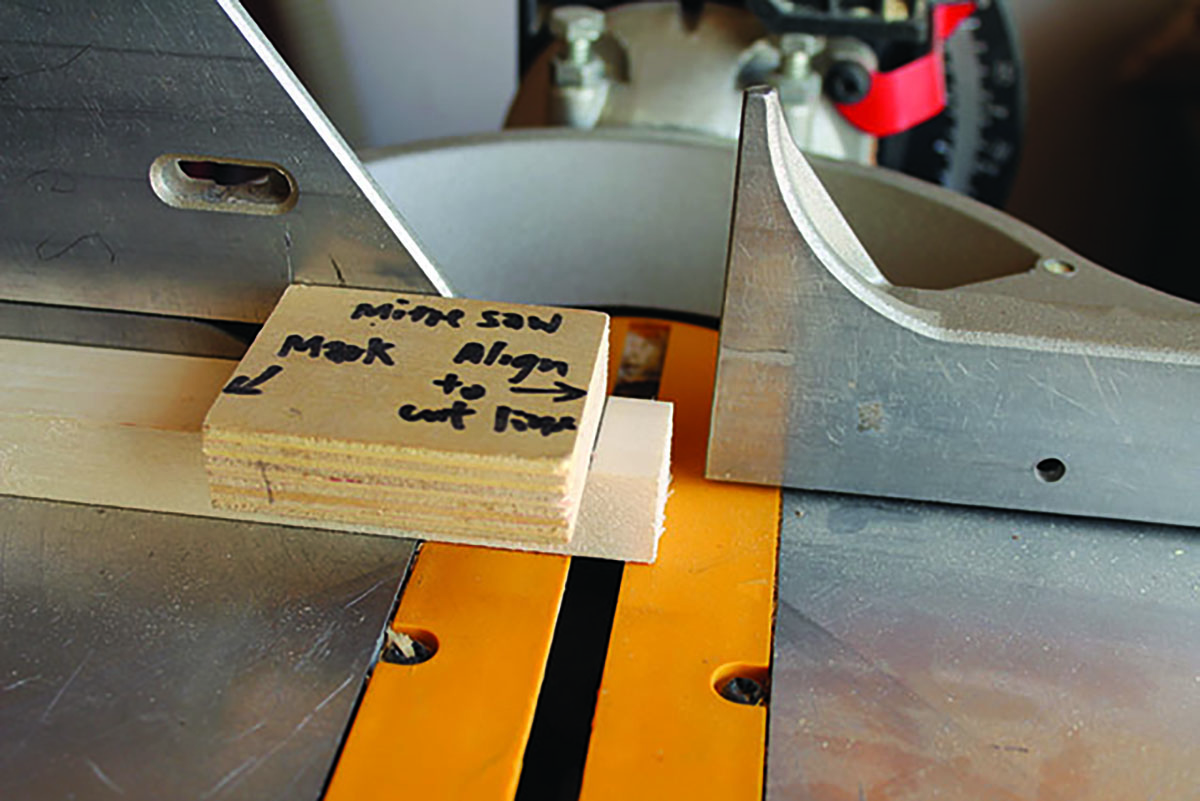 Remove the gauge block and continue the mortising, sliding the stock towards the stop block

Cutting circles
I have cut circles on the bandsaw or with a router and a circle jig with good results. But for ease of set-up and simplicity, I usually turn to my tablesaw when I need a circular board. Using a sliding
jig, the tablesaw trick changes the shape of a workpiece progressively to a circle. The sliding jig used on the mitre slot is like a panel-cutting jig but without a fence. To use the jig, start with a slightly oversize square board and drill a centre hole underneath. Then, mount a finish nail on the sliding jig at a distance equal to the desired radius from the blade. Place the board onto the pin and trim off the corners. Continue lopping off more corners to form an octagon, then a hexadecagon, and so on until it is almost round. In the final step, simply rotate the stock clockwise against the spinning blade to true it to a perfect circle. 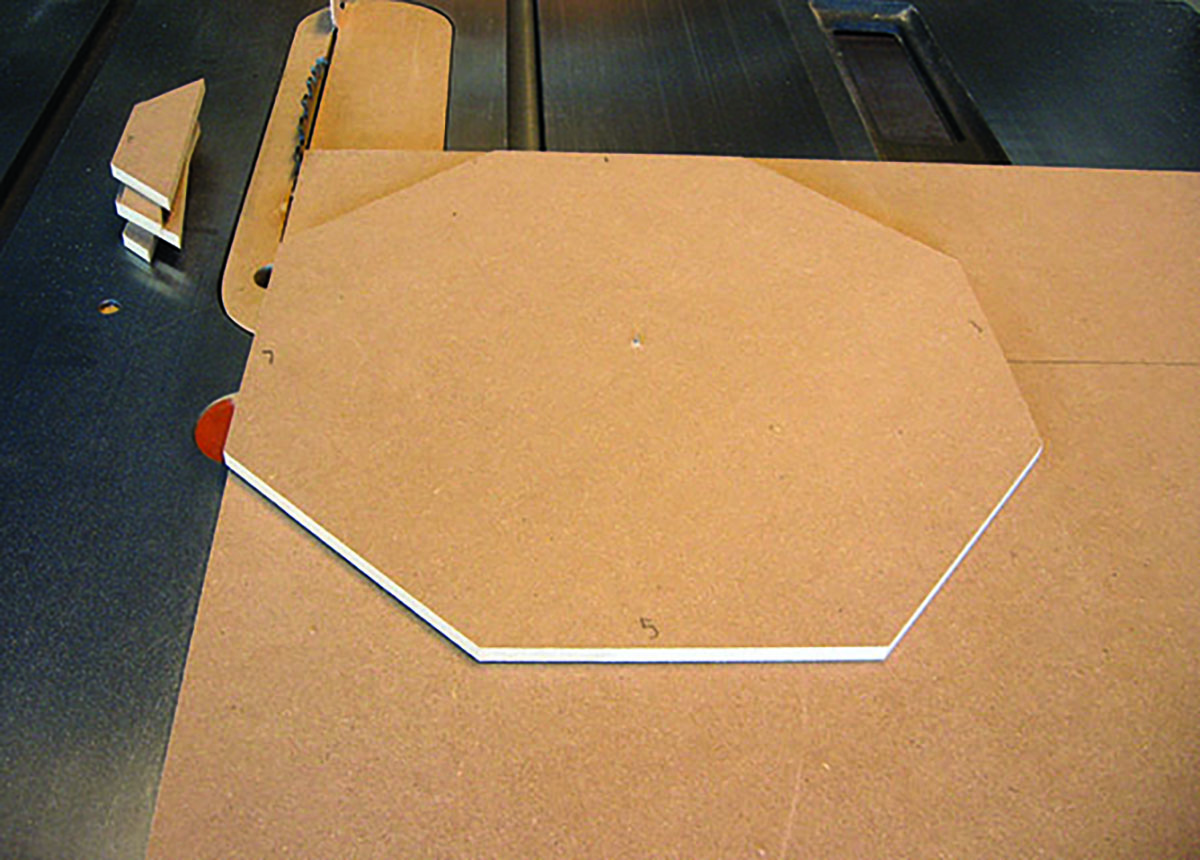 Rotate the stock to keep cutting off its corners. Note: Guard removed for clarity 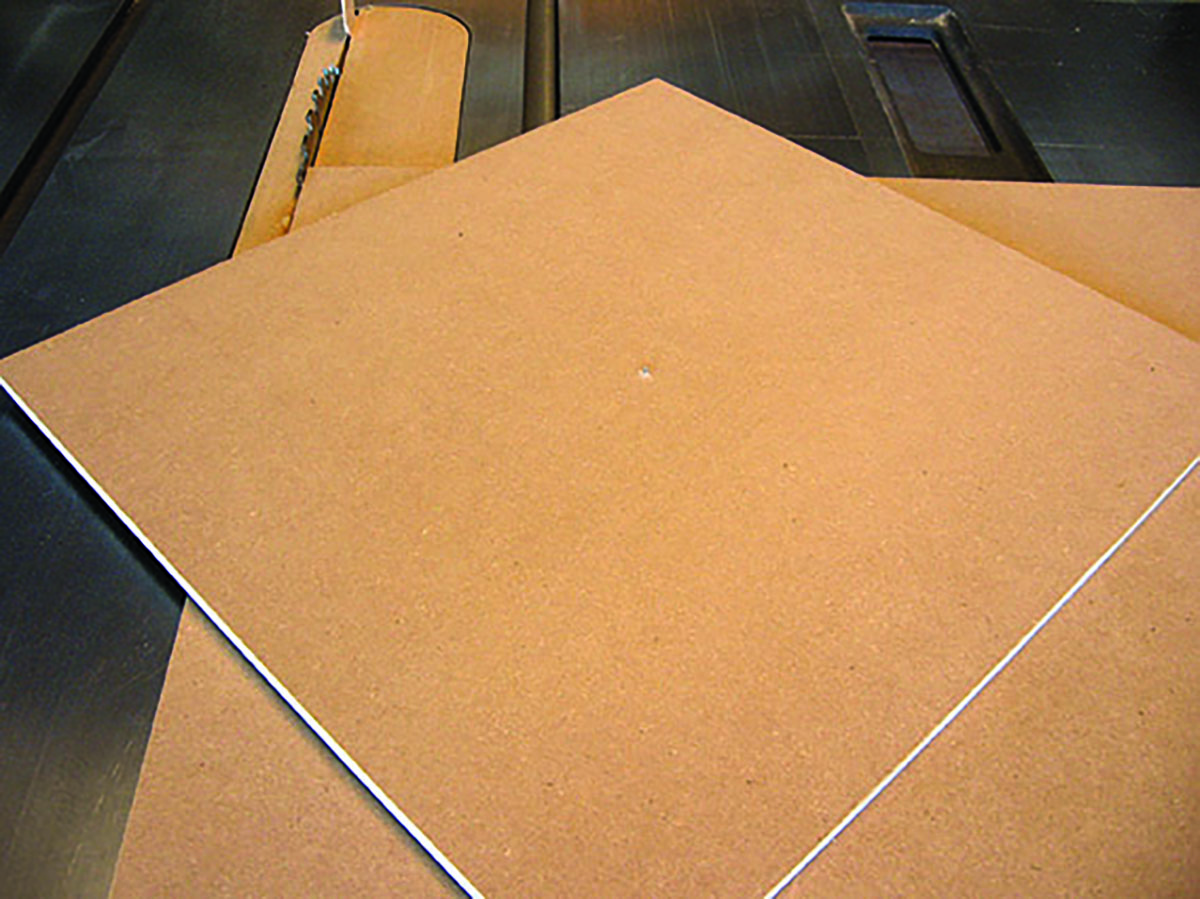 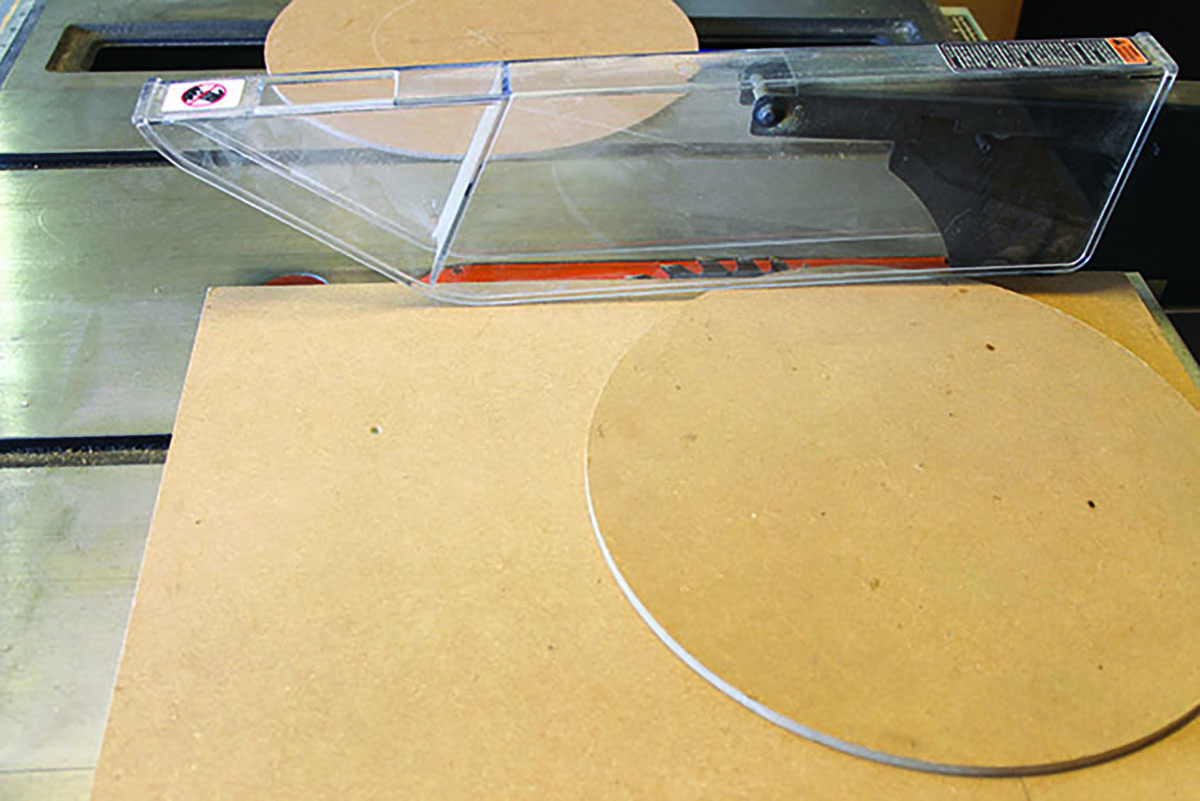 In the final pass, rotate the stock clockwise to true the edge