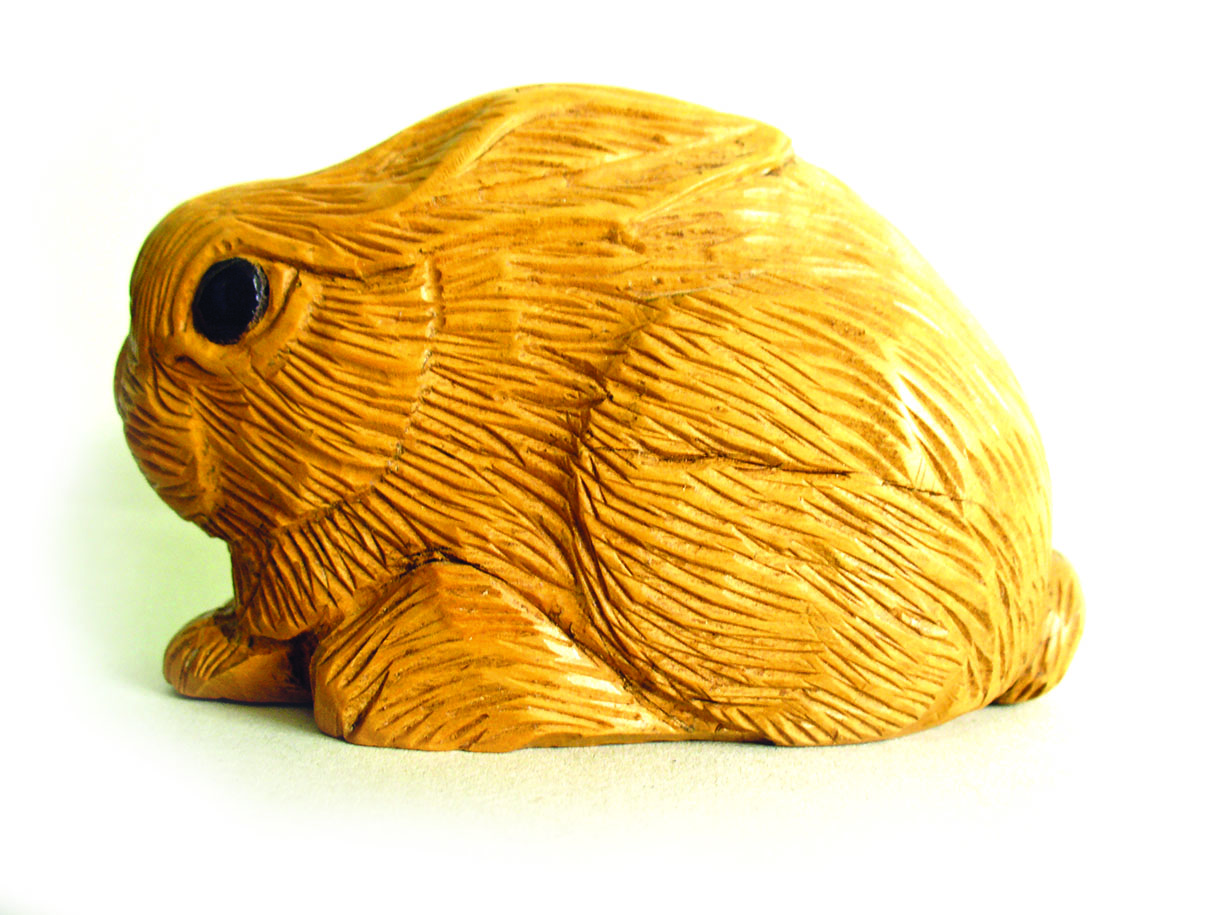 I have always seen wild rabbits when we have been out walking in the countryside and, as a kid, I tried in vain to catch them. I have seen ones that are very small in size and just out of their burrows up to fully grown and varying in colour, of brown through to jet black. I know they do a lot of damage to farmers’ crops, but they are a really nice looking animal and I thought it would be a good subject to carve. The first one I carved was a baby rabbit, which is the one shown here. It was based on a resin cast model owned by a friend. The second was a rabbit standing up on its back feet. 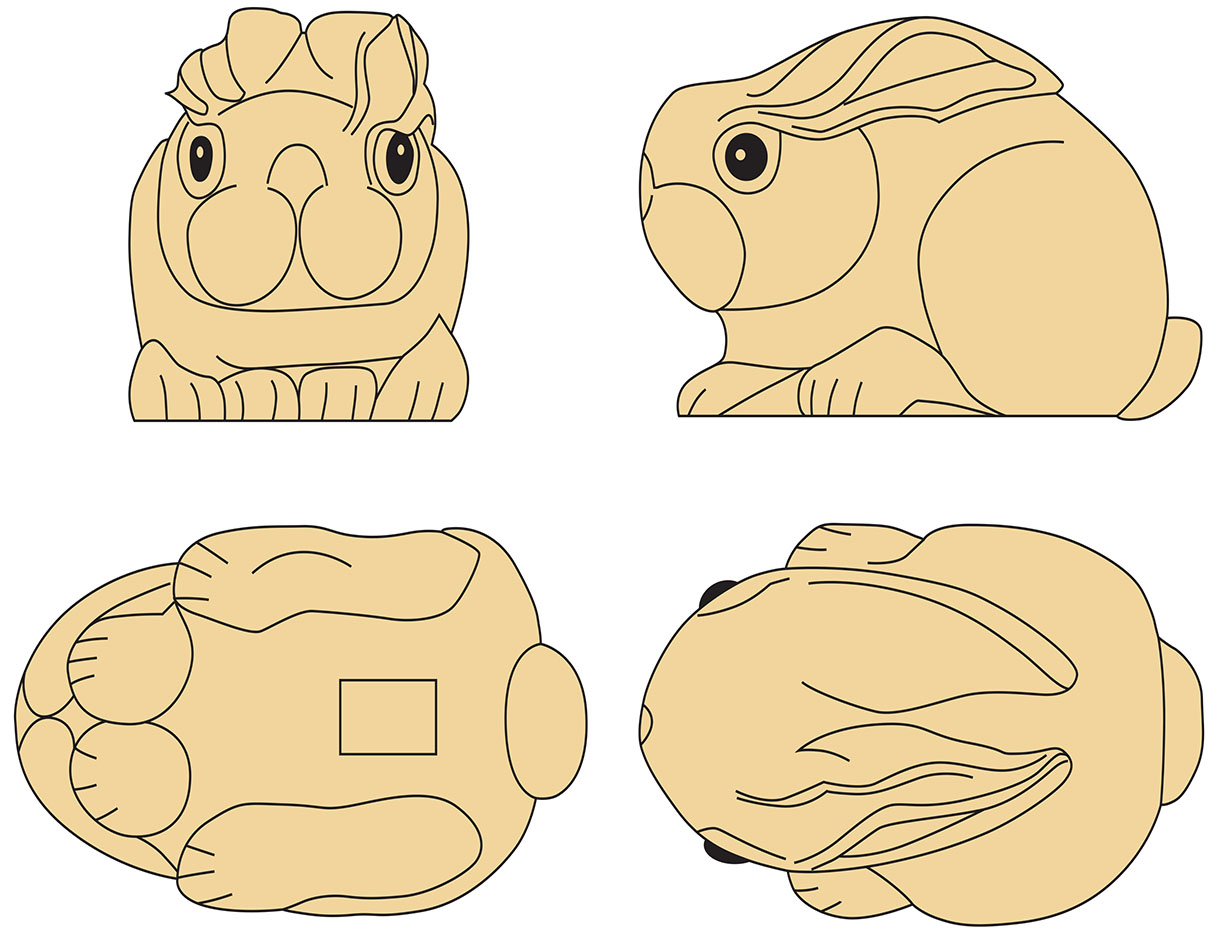 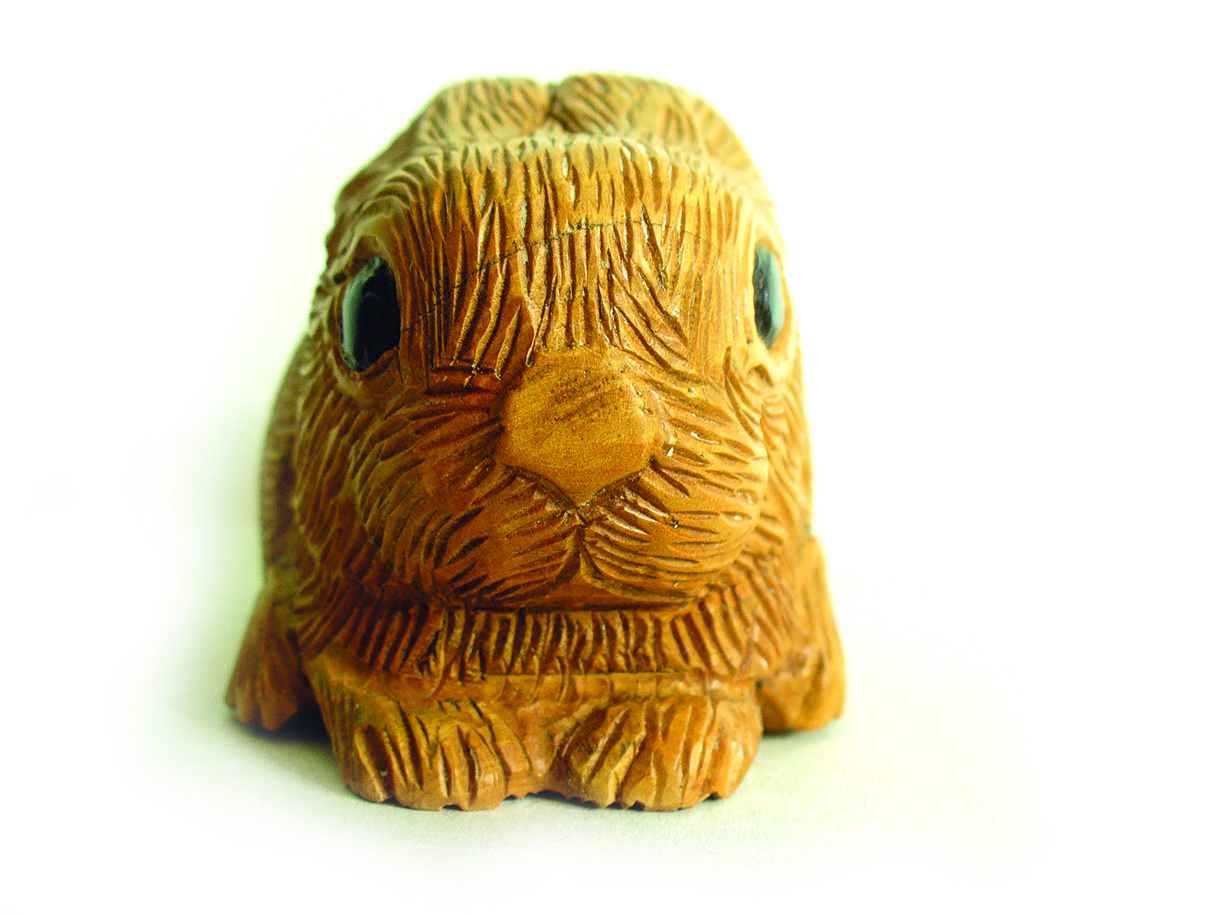 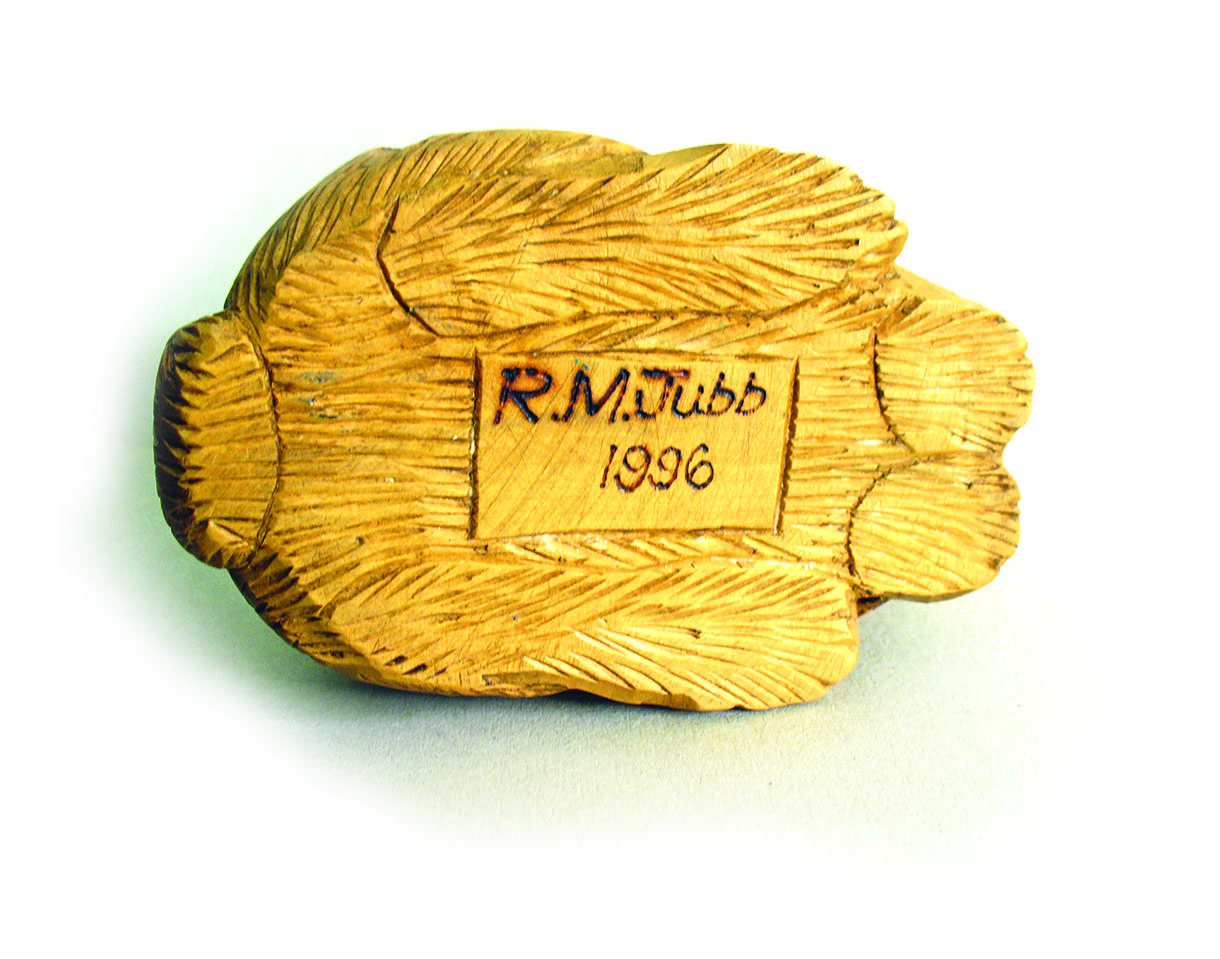 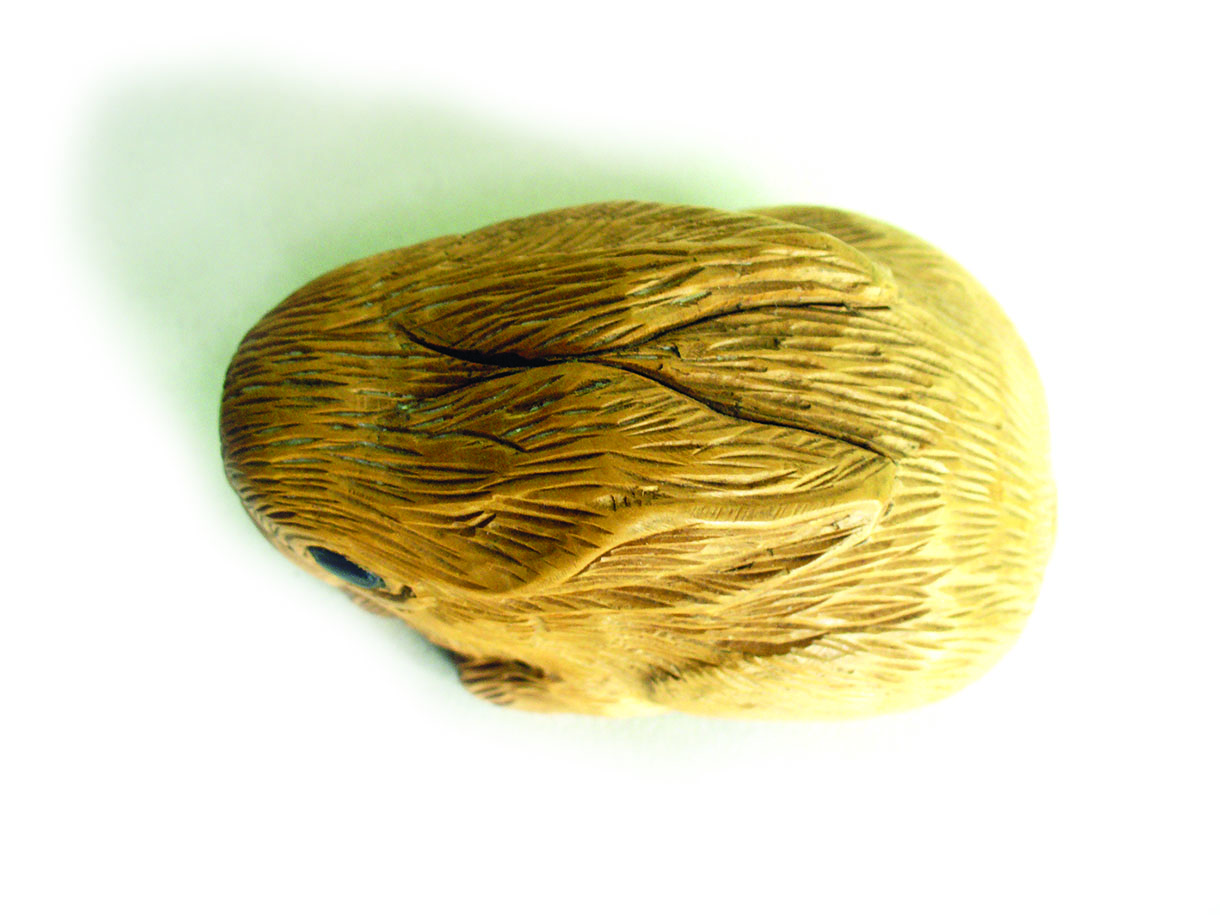 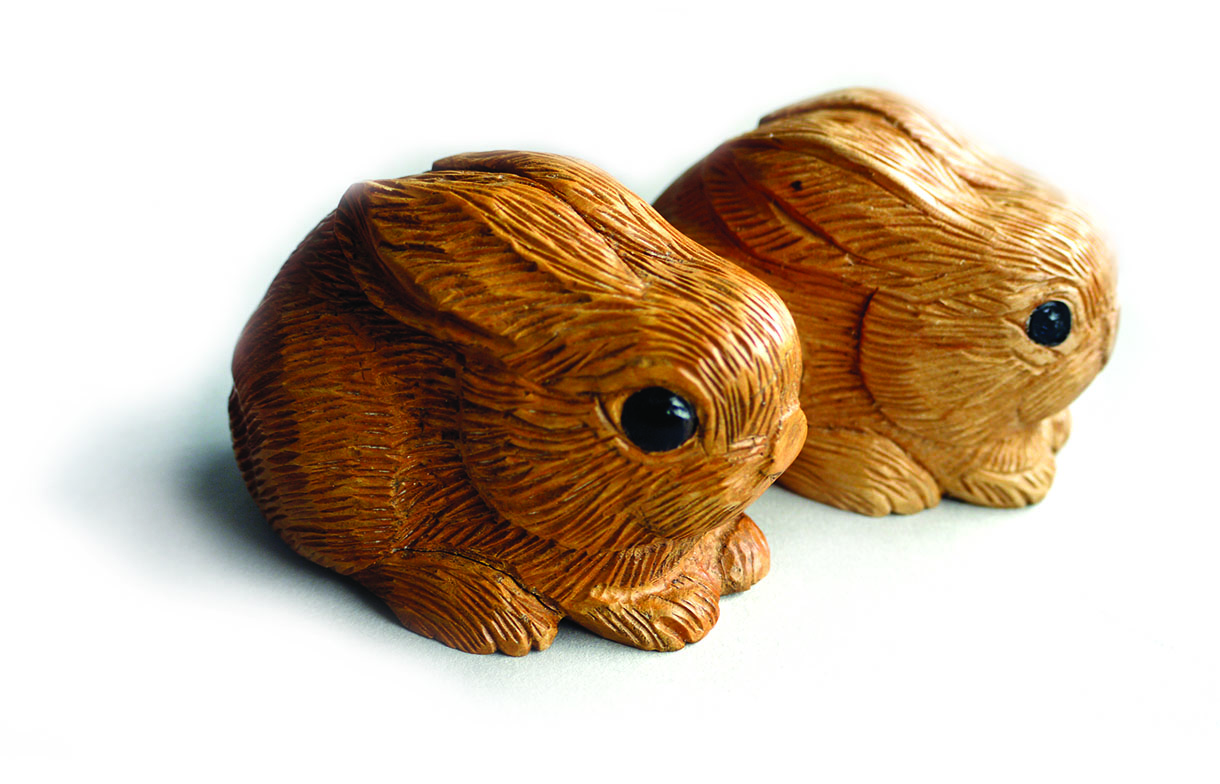 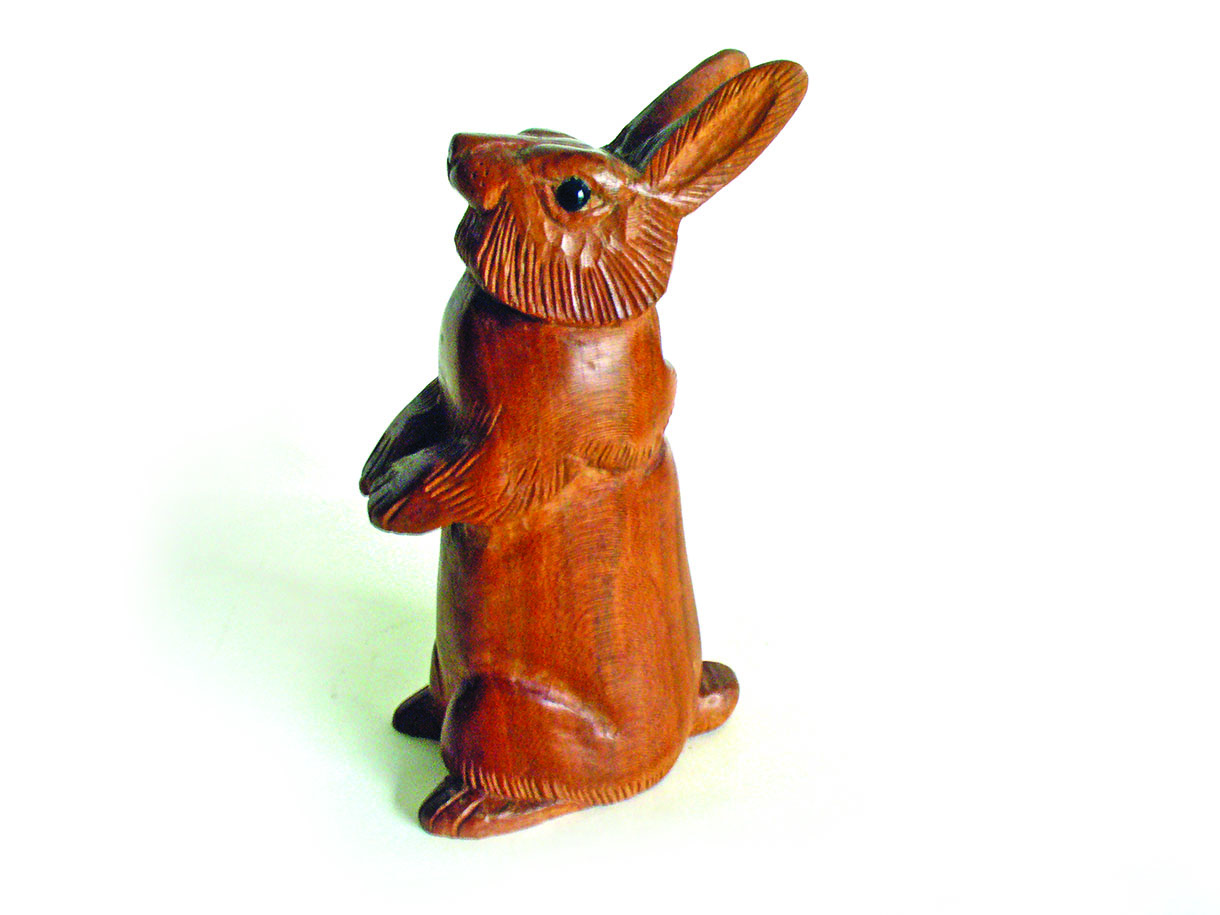 Carving tips
The first baby rabbit I carved was in boxwood (Buxus sempervirens). This is a hard wood to carve, but is great for carving fine details, such as fine hair cut in with a 1.5mm ‘V’-tool. The eyes were inlaid with African blackwood (Dalbergia melanoxylon), but buffalo horn could also have been used. The grain runs along the wood from nose to tail. I have also carved this in cherry (Prunus avium) and lime (Tilia vulgaris).