Hang Loose – the Alternative Approach to Hand Sawing:
If having a little bit of knowledge is a dangerous thing, could knowing too much be equally as harmful? Derek Jones strips the act of sawing back to the bones. 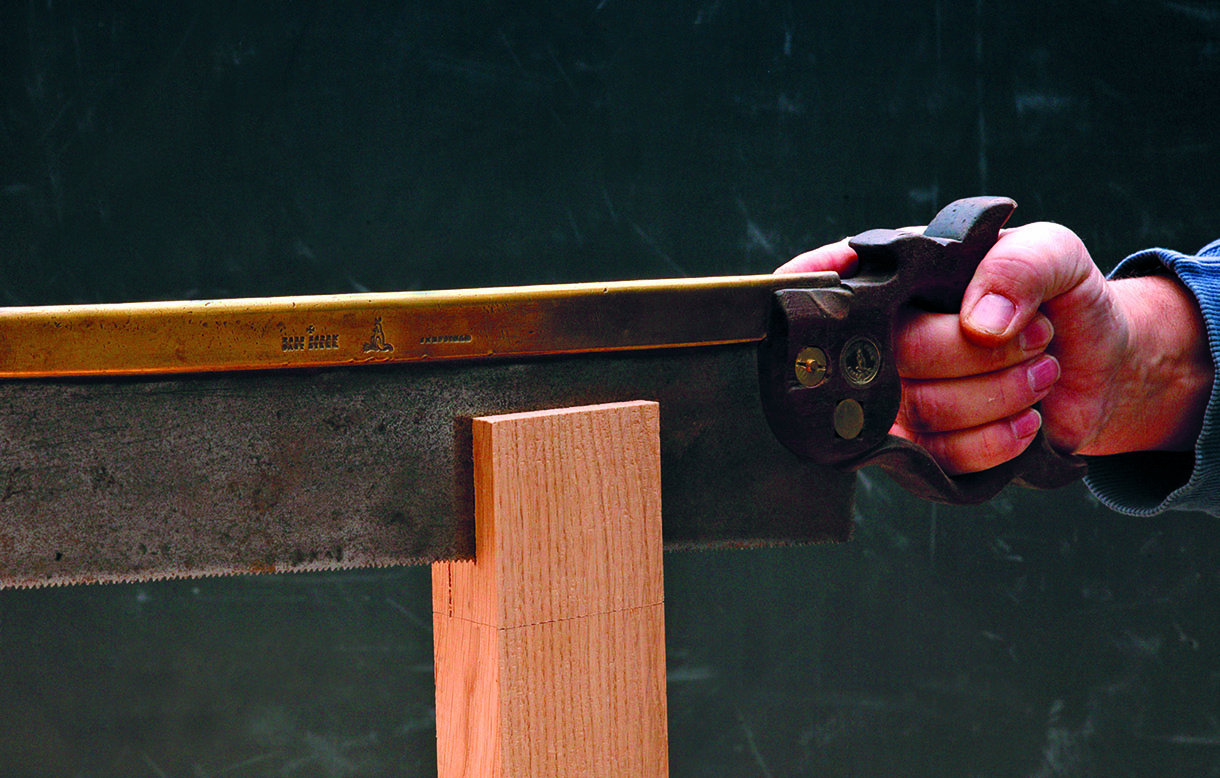 If having a little bit of knowledge is a dangerous thing, could knowing too much be equally as harmful? Derek Jones strips the act of sawing back to the bones

There’s a very strong desire among woodworkers, to seek a greater understanding of things that aren’t always that complex. It almost seems at times that the simpler a task the more complicated we want to make it. Sawing is one such task. A lot has been written over the years about the best approach to sawing that covers everything from where to plant your feet and point your finger to where to look and what to listen out for. As interesting as all this is on an academic level I have my doubts as to its real use in practice.
In my conversations with woodworkers who are starting to develop a technique for sawing, the most common question is how to gauge an appropriate or safe distance between the saw cut and the dimension line; in other words how much material to leave behind for further sawing, planning or paring. My answer is always: ‘As little as you can get away with and not a fraction more’. Of course a lot depends on the application and where the cuts happen in the general sequence of events, but let’s assume you’re cutting up components to build a set of drawers for a five-drawer chest. That’s 20 components (not including slips and bottoms) and 40 ends to trim. With an average of say 3mm to lose on each end that all adds up to a whopping 120mm of end grain, anywhere between 150mm and 250mm wide to make disappear with a shooting plane.
Notwithstanding the rather obvious elephant in the room, namely the waste of material, there are other factors to consider before you embark on this completely avoidable task. First there’s the time it will take to complete, and then there’s the downtime spent sharpening and re-sharpening to make it possible, if indeed you view sharpening as downtime. I do. Sure, end grain shavings are some of the most gratifying shavings to produce and once you get into the rhythm it’s very hard to stop but maybe it’s about time to show a little restraint and get that habit under control.

Sneaking into the Ladies
If you want to put this theory to the test then take yourself off to the bathroom and stand in front of the mirror with an imaginary saw in your hand and simulate a sawing action. Hold an imaginary piece of timber in your non-dominant hand if it helps and now look closely at your wrist, elbow and shoulder as you move back and forth. Just do it naturally and notice how they don’t move like a piston in a perfectly straight line but track off to the side. Now stop for a moment and try it again but this time make a concerted effort to counter the deviation and maintain a straight line action. It sucks and for the simple reason it’s a complicated analogy for something you’re already qualified to do. I did this very thing with a group of five students in the Ladies down the hall at a recent class, the Ladies having better mirrors than the Gents. To a man they felt confused to the point of incapable. If you try this yourself, put a guard on the door and carry out the appropriate reconnaisance beforehand. Alternatively, try sawing with your arm tight up against a wall and you’ll get the picture.
The second test I tried with the same group was to ask them to close their eyes, drop their arms down by their sides and then on my command touch the tip of their nose with the index finger on their sawing hand. This is a well known but effective low-level diagnostic exercise that generally results in everyone scoring a direct hit. It’s used to demonstrate that you don’t have to think about the process anywhere near as much as the outcome to achieve the desired effect.

Focus on intention
There’s an interesting lesson that I think comes from the motivational speaker and life coach Tony Robbins. He recounts a driving lesson he received from a NASCAR driving instructor where he’s racing around the oval at well over a 100mph just inches from the wall. Robbins’ instinct is to keep a watchful eye on the wall and not the corner looming up in the distance. ‘Don’t look at the wall, look at the track’, shouts the instructor. ‘If you look at the wall you’ll hit the wall. Look at the track’. At that kind of speed there’s no time to think about adjusting direction. Any background thoughts, however well intentioned, are wasted and will reduce the capacity to focus on the primary task. The story ends with an anecdote about the number of cars wrapped around the only tree or lamp post for miles on the side of deserted roads where the driver presumably left the carriageway, fixated on the object they most wanted to avoid and slammed right into it. If only they’d looked at the wide, open space instead the outcome might have been different. 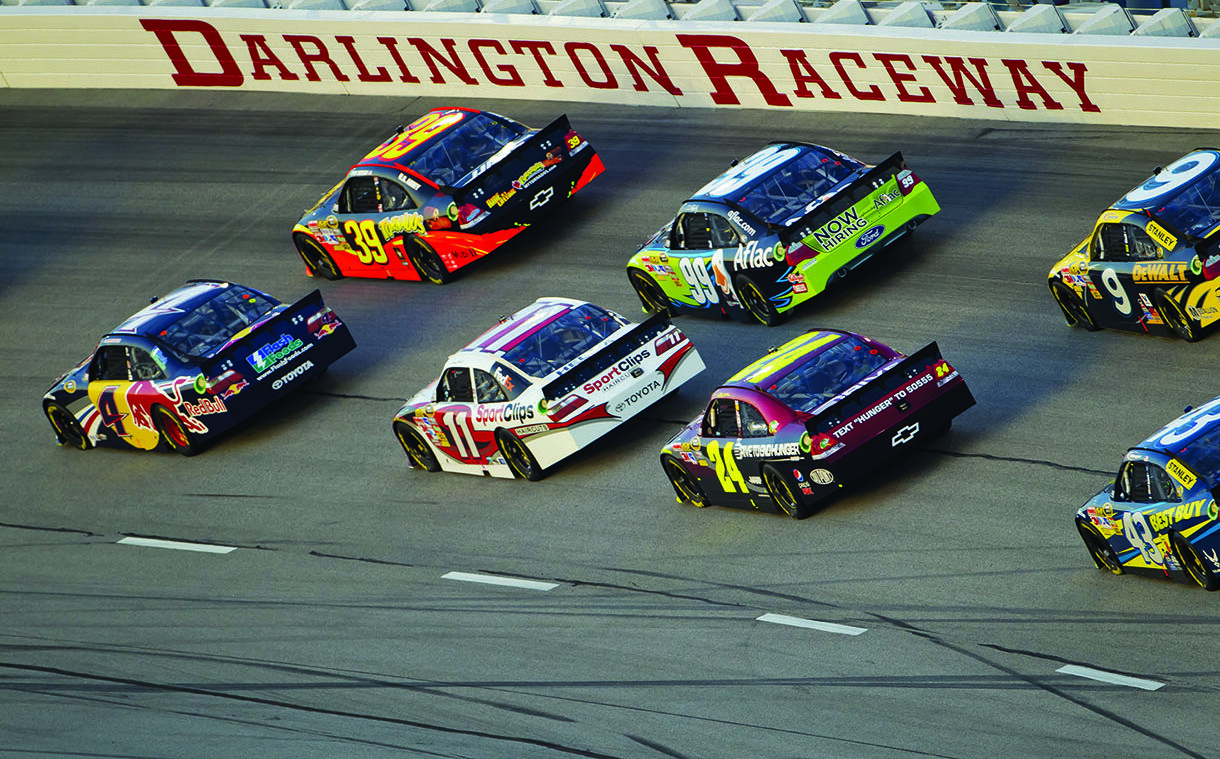 Second nature
To develop an efficient sawing technique you first need to feel that the process is as natural as it can be allowing you to focus on what’s happening at the saw line and not what’s behind it. Talking to a number of sawyers it appears we already do this when ripping with a panel saw focusing more on the saw line and not on the action behind it. The more aggressive stroke pattern requires us to think less about technique and concentrate more on delivering the teeth to where we want them to be. Subtle tweaks in the wrist are made in response to increased resistance from one face to another often in the space of a single stroke so it’s not as if we don’t have the ability. It’s more like we lose our nerve when it comes to some sawing tasks and diverting valuable grey matter to the task actually makes it a lot harder and for longer. To familiarise yourself with this mind-set I recommend carrying out a series of test cuts using a range of saws for their specific tasks and produce a series of cuts getting closer together until the waste collapses and the saw drops into the previous kerf. This is a very good way of determining whether your saw is in need of sharpening. If it repeatedly tracks a straight line without you having to steer it (and you shouldn’t) it’s sharp. If it doesn’t it’s not. A general rule I’ve found is that even the most novice sawyer with a sharp saw will be able to cut to a line about the same thickness as the saw kerf without breaking the slither of material in between within seven or eight cuts. This suggests to me that the art of sawing is far more intuitive than it is scientific. So in answer to my earlier question about how much waste to allow in future; aim for something as close to the size of your kerf. Adopting this as your benchmark for waste tolerance early on in your sawing creates a level of confidence that will speed you through your next cutting list. 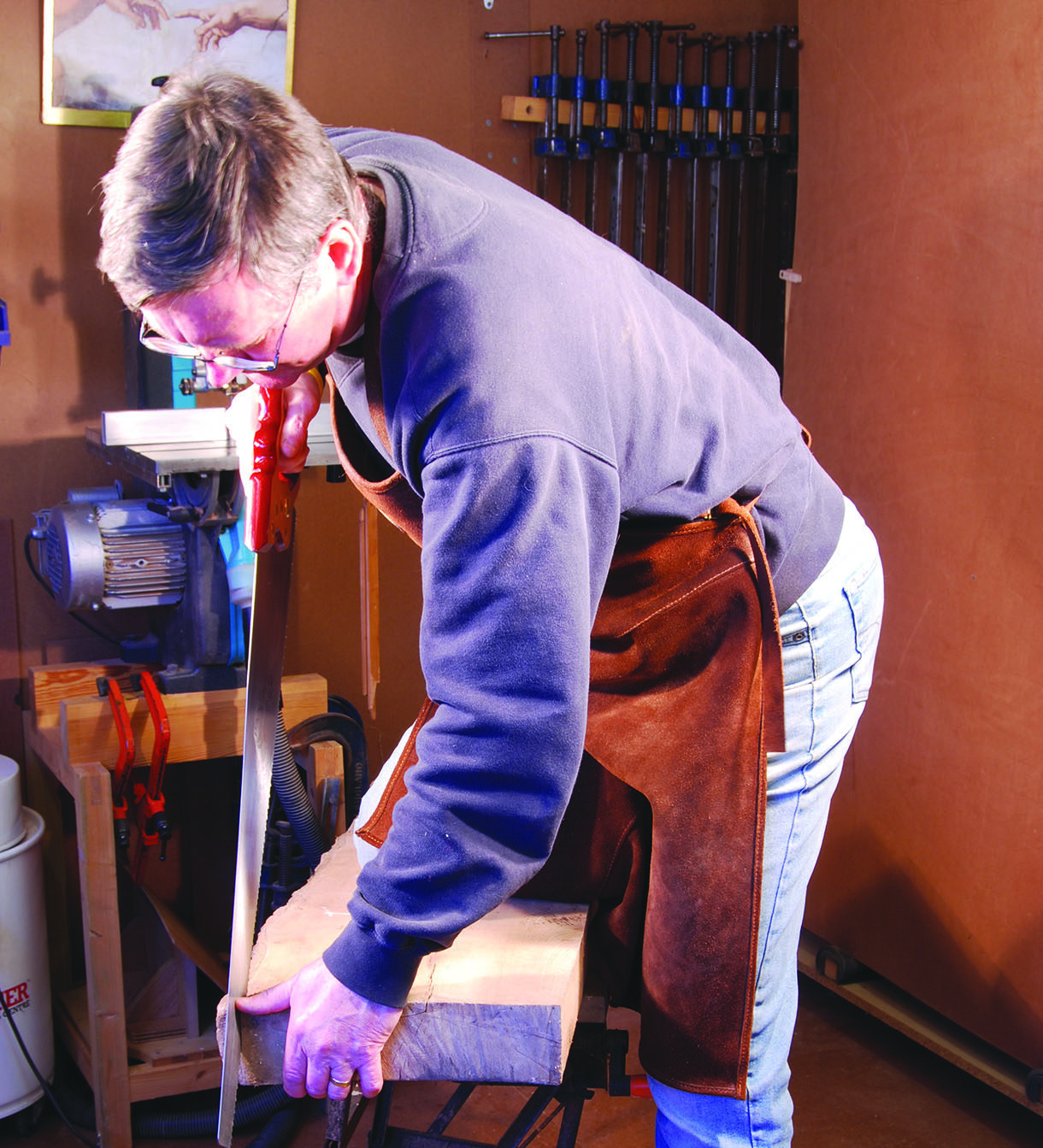 Focus on what’s happening at the saw line 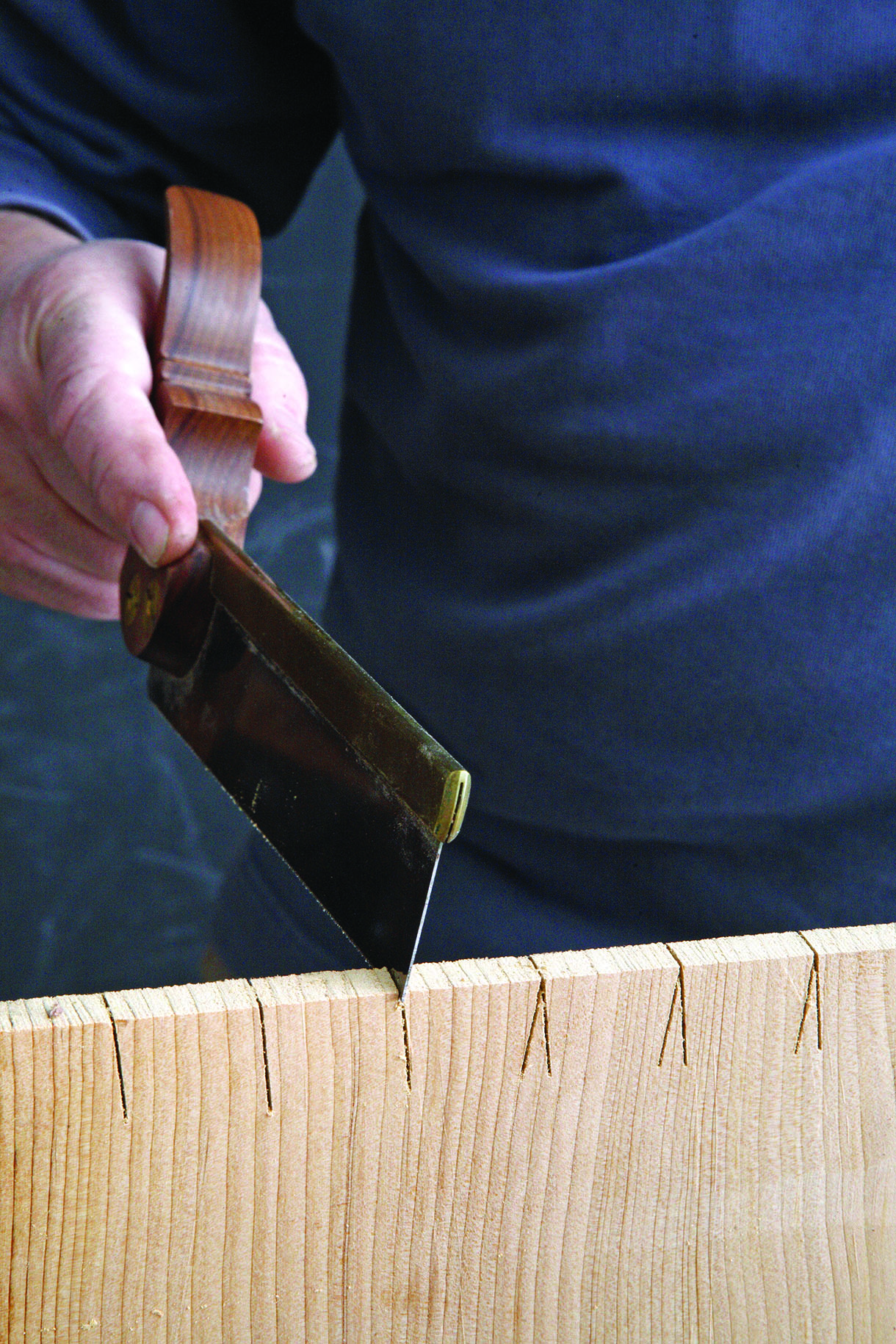 Make a series of test cuts using a range of saws