Bernard Harris – Sea Turtle:
The great storm of 1987 brought down many trees, one of which found new life in a workshop. 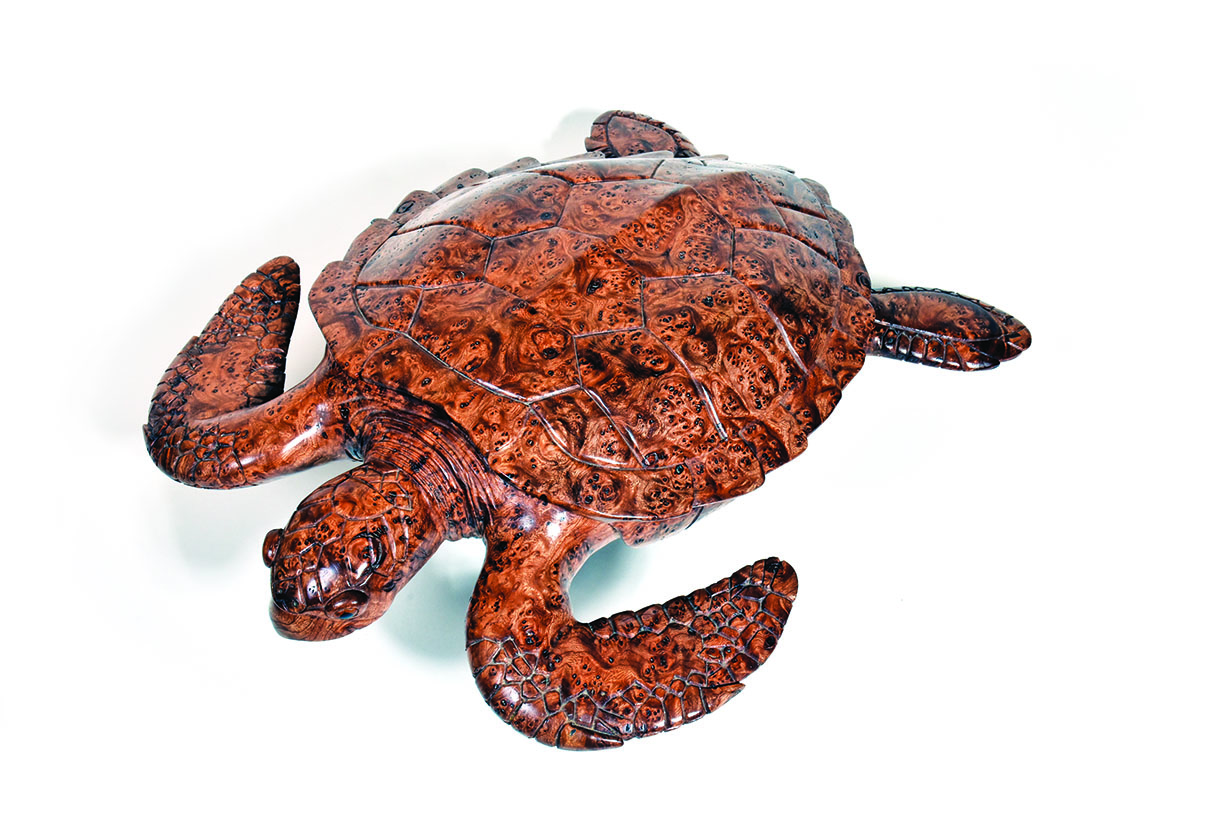 The great storm of 1987 brought down many trees, one of which found new life in a workshop

I was inspired by a television programme a while back when I saw some wonderful sea turtles. I decided to carve one myself. Now I must admit that I struggle with drawing plans, so went to a friend of mine – Bob Jubb – who listened to my ideas and created scaled drawings for me.
I wanted to carve a life-size sea turtle so needed a big piece of wood. I was working on the Arundel Estate in Sussex sometime after the storm of 1987 which had wreaked havoc with the trees – thousands blew down. I was told I could have a piece of wood. There were so many trees down that most of it was burnt on site. That said, there was a massive replanting on the estate and many more trees than were blown down were replanted. It ran into the thousands. Eventually, I spied a large burr of elm and this is what I used for this turtle.
The burr chunk weighed about 20kg and it had been sitting in my workshop since the storm before I started the carving in 2004. The whole piece was used. I used power carving to roughly get the log to shape. A 115mm Arbortech carving blade in an angle grinder did the rough shaping and a large flap-wheel sander in the angle grinder refined the shape somewhat, before I moved on the hand tools to create the detail. It took about 200 hours to complete and I enjoyed every moment.